Property from the Collection of Sir Run Run Shaw 邵逸夫爵士收藏 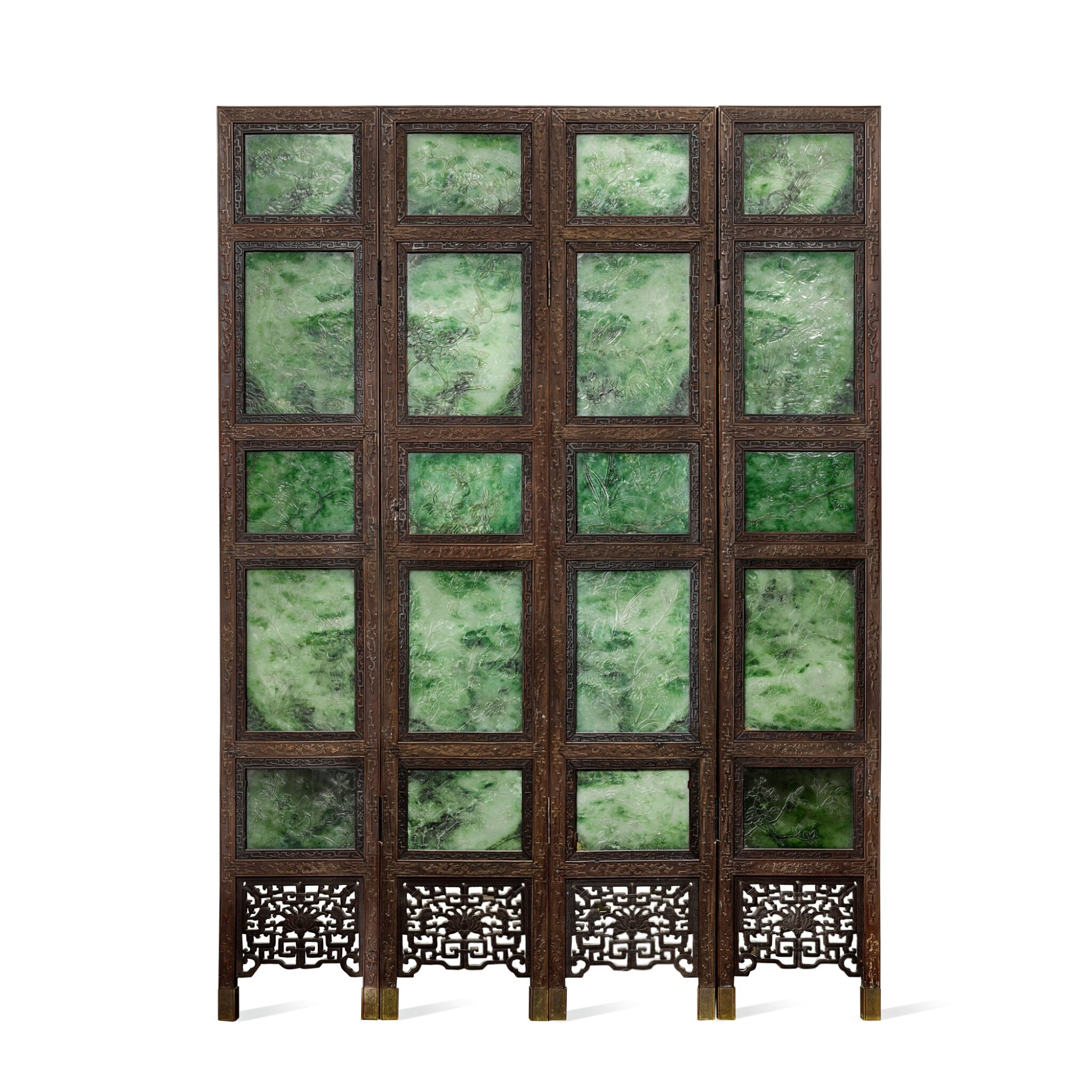 Property from the Collection of Sir Run Run Shaw 邵逸夫爵士收藏

Property from the Collection of Sir Run Run Shaw

Overall good condition. The jadeite plaques, with natural inclusions, are generally very well preserved. The frames have some typical age crackles, old stains and minor chips especially to the joints and edges.

This jadeite-mounted screen would have stood in a grand hall to create a striking backdrop for a formal reception or official event. The emerald green of the stone, juxtaposed with the attractive brown tone of the wood, creates a striking visual effect. Intricately decorated with panels of birds and flowers on one side and enchanting landscapes on the other, the screen would have been a perfect statement of the sophisticated taste of the master of the house.

Screens were movable partitions that could protect, divide, enhance and beautify a room and were essential elements in the furnishings of Chinese houses. Multi-panelled screens have a long history in China, developing from single-panelled examples made as early as the Warring States period (475-221 BC). Screens gradually became larger, and the most impressive examples were made in the Ming and Qing dynasties. Monumental, richly embellished screens such as the present example were made only for the wealthiest aristocratic families.