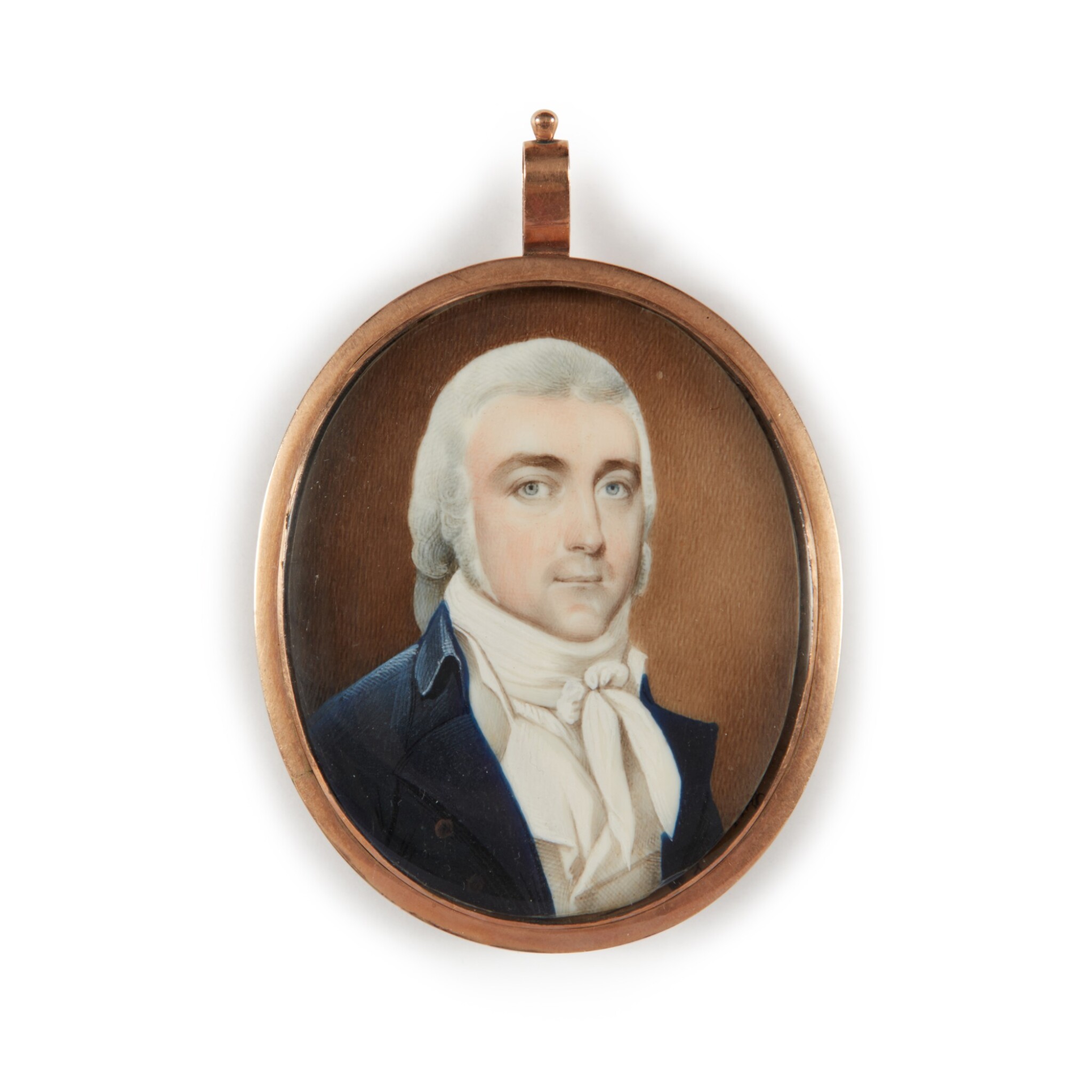 In overall very fine condition. Examined under UV light, no inpainting detected. Negligible warp to the ivory along the sides.

The copies of the Ramsay twins appear to be from the distribution of the estate of Susan Carroll Poultney Frick.

Archibald Robertson was the top miniaturist in Scotland before moving to New York in 1791. The year after Robertson arrived in America, and the probable date of this miniature, Robertson received the plum commission of the President of the United States. The miniature is housed in the original gold case, made by silversmith Adam Lynn. The case is scratched signed and dated November 8, 1792. Additionally, the case retains Lynn’s trade card. “Virginia Silversmiths, Jewelers, Clock and Watchmakers, 1607-1860" by Catherine B. Hollan, 2010, lists 6 other cases signed by Lynn.1

Archibald Robertson (1765-1835), a native of Aberdeen, made a visit to New York City in 1791 and liked it so much that he stayed for the rest of his life. Robertson had studied with Charles Sherriff, Joshua Reynolds and Benjamin West in London before returning to Scotland to become wildly successful. After moving to America with his brother Alexander, they opened the Columbian Academy of Painting while advertising as portrait and miniature painters. The author of the first comprehensive manual of drawing written in America, Robertson also wrote “A Treatise on Miniature Painting” for his younger brother Andrew, who had remained in Scotland. Andrew eventually became one of the most significant miniaturists of 19th century Britain. Perhaps Robertson’s greatest accomplishment was his 1792 cabinet portrait on marble of President Washington (New York Historical Society). Robertson’s worktable and sketch books are in the collection of the Rosenbach Museum, Philadelphia.2

William Ramsay was a twin to Andrew Ramsay II, who may actually be the sitter in this portrait. He along with his brother were the twin sons of Patrick Ramsay, Lord Provost of Glasgow, Scotland. His listing and family tree on Ancestry (attached) lists Andrew as Catherine Graham’s husband. Additionally, there is an image of this miniature.