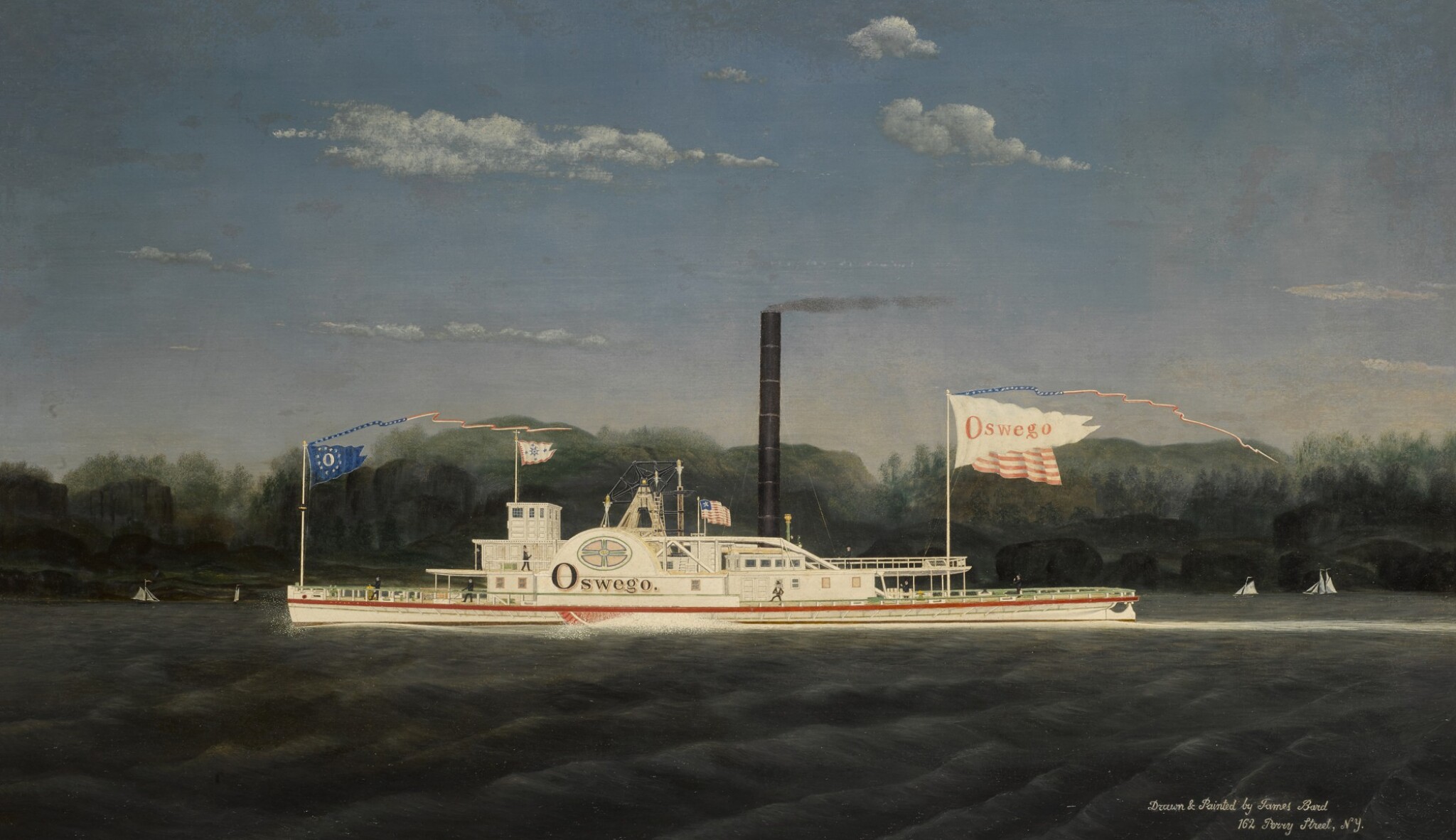 To request a condition report for this lot, please contact Americana@Sothebys.com.

The Mariners' Museum, Newport News, Virginia;
Northeast Auctions, Portsmouth, New Hampshire, November 3, 2001, lot 62.
Maine Antiques Digest, "Auction," November 2012, 29-C.
Built in 1848 at Brooklyn for Alfred Van Santvoord, owner and founder of the Hudson River Day Line, the Oswego was the first large steamboat built exclusively for towing canal boats on the Hudson River. In 1849, she was reported as arriving in New York with 41 canal boats, the largest tow of that season. The Oswego was the first commission by Bard for owner Van Santvoord, and he would eventually paint every ship in the line.

For additional information on the Oswego and Van Santvoord, see the Mariners' Museum's, The Bard Brothers: Painting America Under Steam and Sail, p. 36.