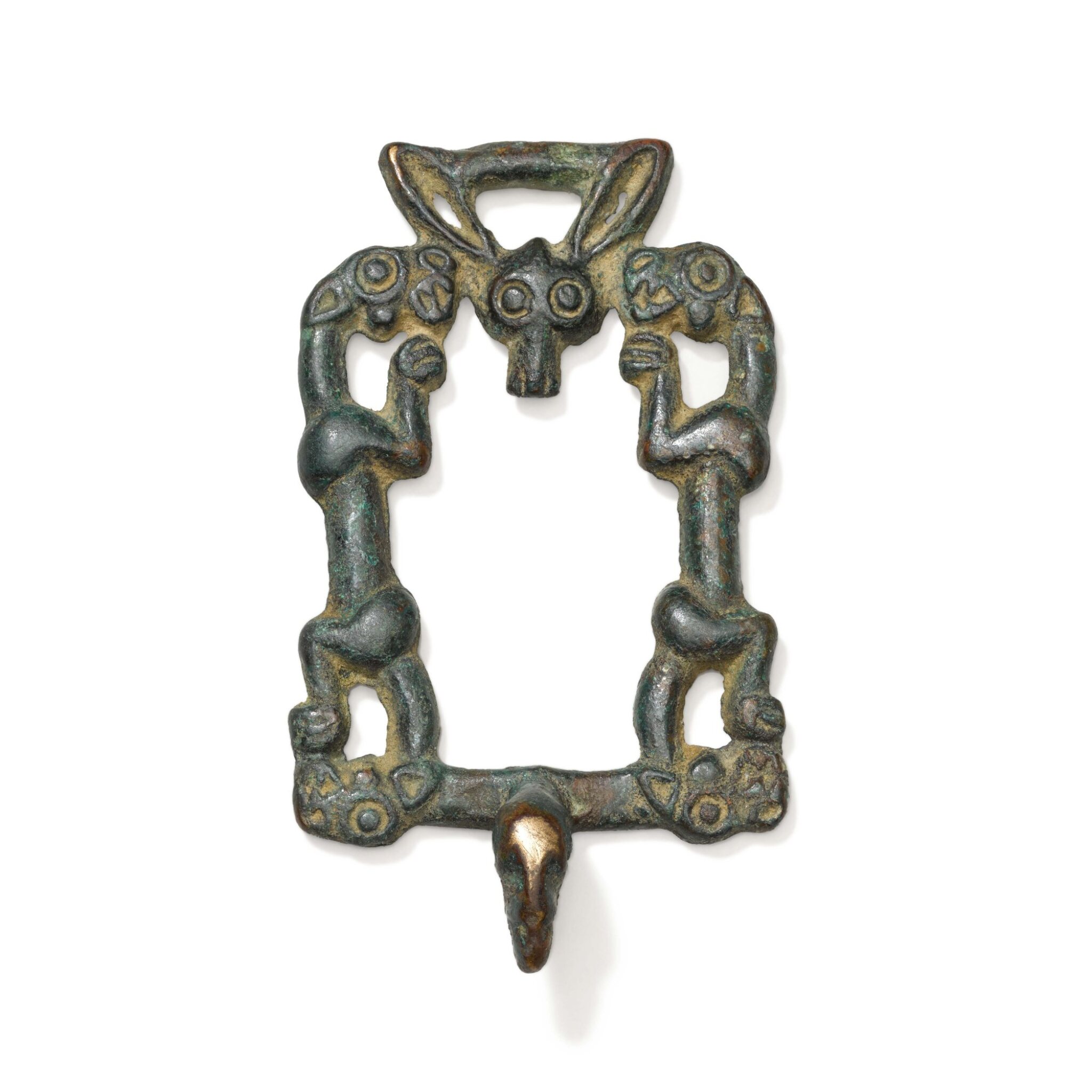 of rectangular form, deftly modelled with a pair of confronting double-headed felines flanking a rabbit head, the bottom edge centred with a hook in the form of a bird, the underside plain

For further information on the condition of this lot please contact cristine.li@sothebys.com

See two almost identical pieces, one formerly in the collection of Colonel William Mayer and Arthur M. Sackler (accession no. 177.1), illustrated in Emma C. Bunker, Ancient Bronzes of the Eastern Eurasian Steppes Arthur M. Sackler Collections, New York, 1997, pl. 177; and another collected in the Hohhot region and dated to the Han dynasty, however, it was believed that an earlier date would seem more accurate (Bunker, p. 228).