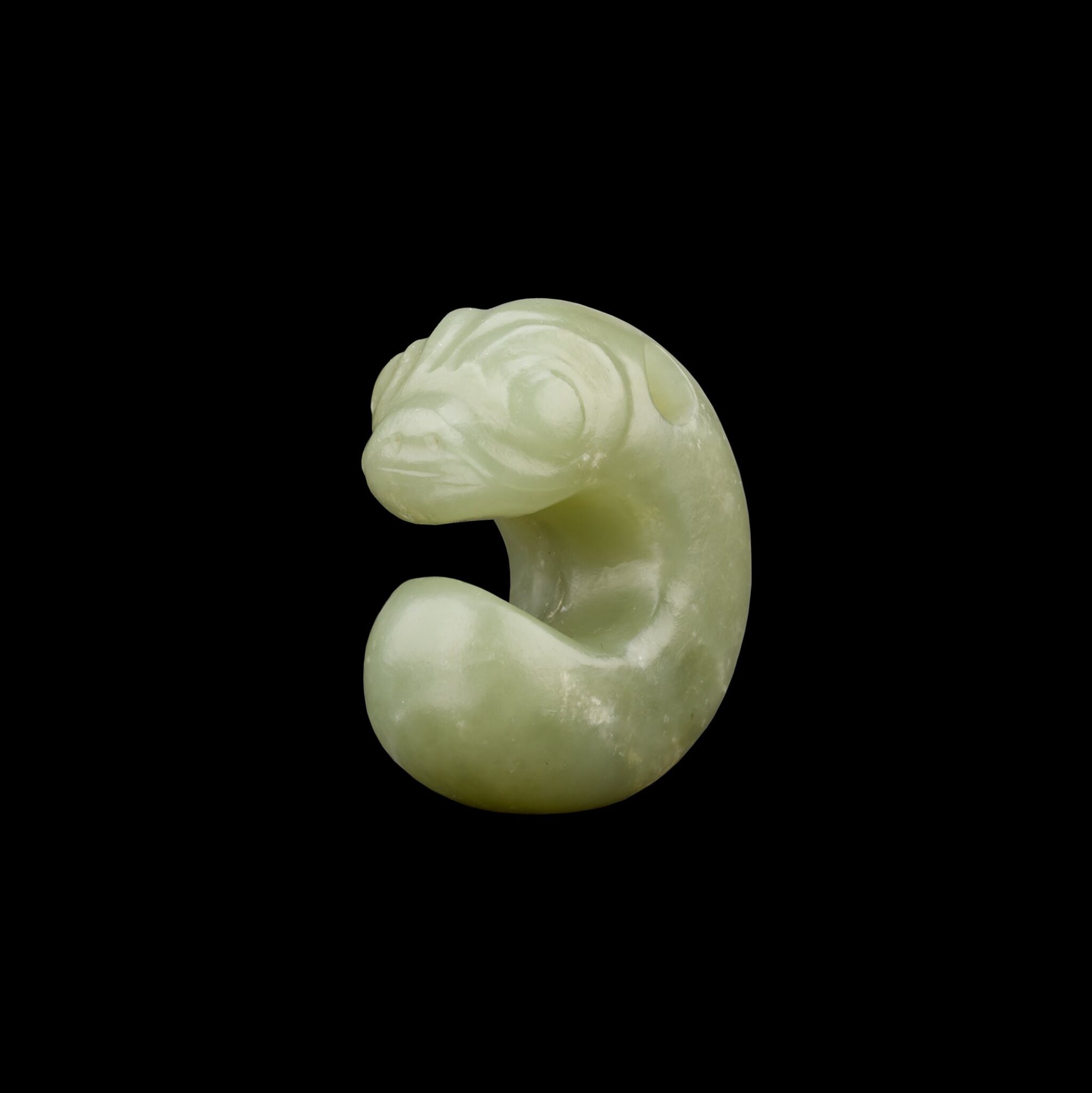 of iconic form, modelled as a stylised coiled dragon with a thick and softly rounded body, depicted with a short upturned snout with furrows between large circular eyes, the neck drilled for suspension

The pig-dragon is in good overall condition, with occasional very minor expected nibbles, mainly a tiny shallow flake next to a small bruise (as visible in the photos). The stone with natural inclusions.

This dainty carving depicts a zhulong, or pig-dragon, a modern term that describes the animal’s prominent bulging eyes and coiled body. Considered to represent the prototype of depictions of mythological dragons in later Chinese art, zhulong are some of the most interesting creations of the enigmatic Hongshan culture (c. 4500-3000 BC) in the north and evidence of the existence of a complex system of belief in supernatural forces.

Lacking the large ears and wrinkly snout typical of Hongshan culture pig-dragon, the present piece is highly unusual. By comparison, the eyes, depicted with concentric rings, appear more rounded, and the slit opening is proportionally wider. An example of this size and similar facial features, attributed to the late Hongshan period, is included in Art in Quest of Heaven and Truth Chinese Jades through the Ages, National Palace Museum, Taipei, 2011, pl. 4-5-4, where Teng Shu-p'ing states that similar animal motifs were adopted by the late Songze culture and continued in the early Liangzhu civilisation (p. 54). A slightly larger example with subtle ears and an articulated spine was excavated from Inner Mongolia and published in The Complete Collection of Jades Unearthed in China, vol. 2: Inner Mongolia, Liaoning, Jilin, Heilongjiang, Beijing, 2005, pl. 23, together with an example with concentric circular eyes but lacking obvious ears, pl. 25.