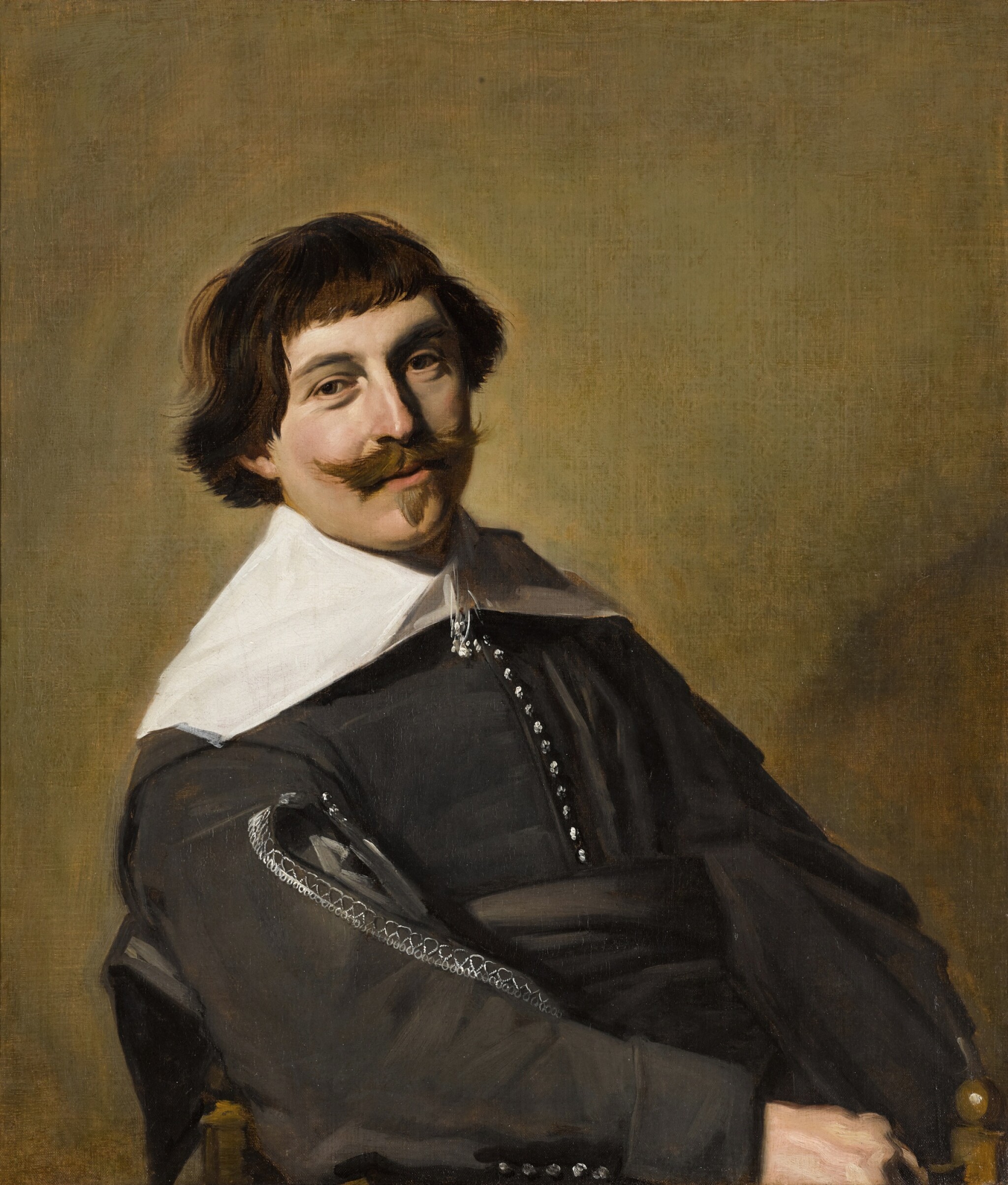 The following condition report is provided by Henry Gentle who is an external specialist and not an employee of Sotheby's: The painting is lined and there is good adhesion between the original canvas and the lining fabric. There are no distortions or tears and good tension across the canvas is maintained. Original canvas cusping to all edges can be detected. The paint layer is stable and secure and in a good preserved state. Canvas weave is noticeable through areas of the composition, the background and through the darker passages of hair and the shadow of the cheek, along with exposure of the warm ground colour where the thinly painted layer has become more transparent over time. Natural pentimenti can be detected to the figure. U-V light shows very minor mitigation of the canvas weave. Closer inspection shows minor pitted paint loss along the raised warp and weft of the canvas in the background. The energetic and bravura technique along with the virtuosic application of the brushstrokes, particularly through the sitter's jacket, and the preservation of the impasted highlights, are evident. Some minor thinness through the darker passages and the more subtle glazing has resulted in a slight loss of modelling through the hair and the sitter's proper left eye. Chromatic and tonal qualities are intact. The painting presents well.

To be included in Professor Claus Grimm's forthcoming catalogue raisonné, to be published online in collaboration with the Rijksbureau voor Kunsthistorische Documentatie in the Hague, as no. A3-16, reproduced (as Frans Hals and Assistant).