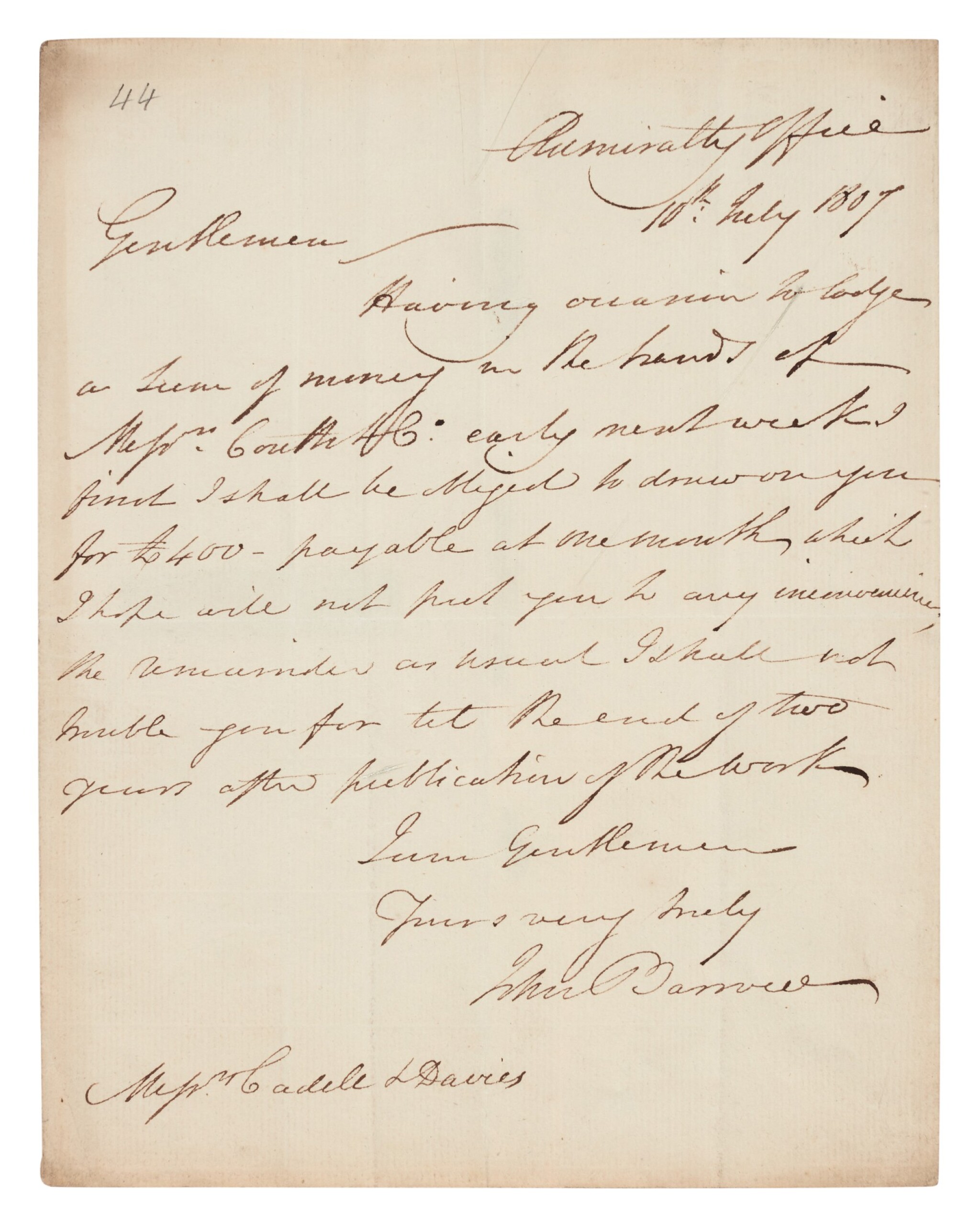 letters by Englishmen who were connected with Napoleon's custody on St Helena:

i) 3rd Earl Bathurst, as Secretary of State for War, autograph letter signed, to Marquess Wellesley, brother of the Duke of Wellington, reporting the satisfactory outcome of three military actions ("...every thing is as you could wish...."), integral address leaf with seal, Downing Street, 16 August 1812, 1 page, 4to

ii) Sir John Barrow (second secretary to the Admiralty, responsible for the choice of St Helena as the place of Napoleon's captivity), autograph letter signed, to Messieurs Cadell and Davis, concerning a sum of money to be lodged with Coutts Bank, 10 July 1807, 1 page, 4to

vii) copy letter to the Crown Commissioners, relating to the purchase of three acres of land on St Helena, 1 page, 4to, 29 June 1840

[with:] file of photocopies and transcripts relating to Napoleon