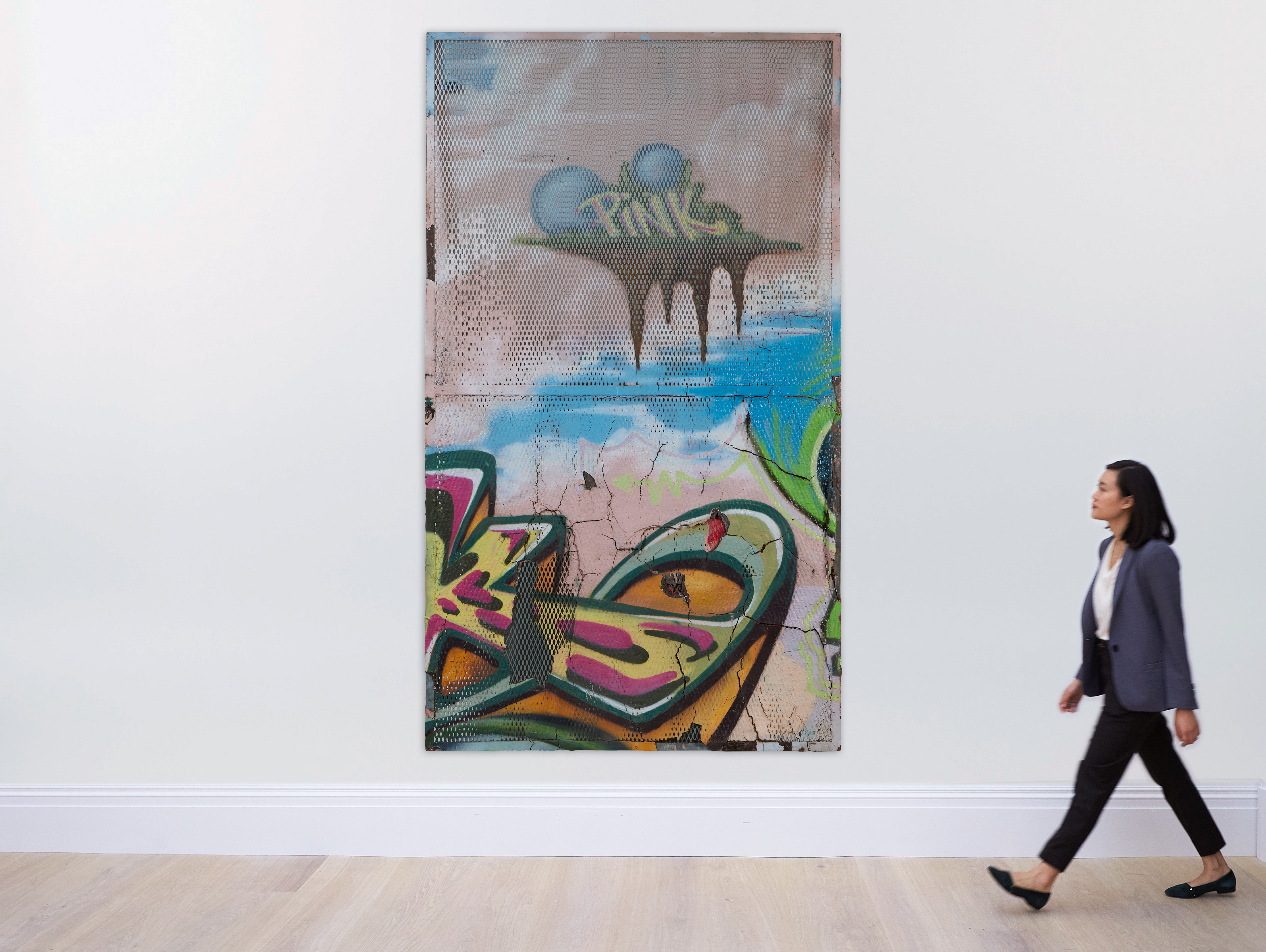 Known as "The First Lady of Graffiti," the Ecuador-born, New York City-raised Lady Pink began her lauded career painting subway trains when she was only a teenager. Her artistic talent, unique styling, and ability to 'compete with the boys' landed her a featured role in Charlie Ahearn's influential Hip Hop film, Wild Style, which exposed graffiti to a larger audience beyond the urban sphere. Pink began exhibiting her work while in high school, subsequently landing her first solo show at the age of 21, and has since seen her highly respected, sought after work in the collections of the Brooklyn Museum, the Metropolitan Museum of Art, and the Whitney Museum, to name a few.

With its bold, neon graphics contrasting against the cotton-candy pink base layer, the current lot dates from around the late 1990s and was once apart of the "All Girl Wall" section in the Graffiti Hall of Fame. A now iconic showcase for street art founded by Harlem leader Ray "Sting Ray" Rodriguez, the Hall is situated on the schoolyard walls of the Jackie Robinson Educational Complex. Located on the corner of 106th Street and Park Avenue in New York City, the walls have been graced with the work of "Strictly Kings or Better" from the global graffiti community for over thirty years. The present lot represents a literal slice of New York City's urban art history from one of the leading artists in the field who continues to tag and lead mural workshops all over the world to the next generation of painters.