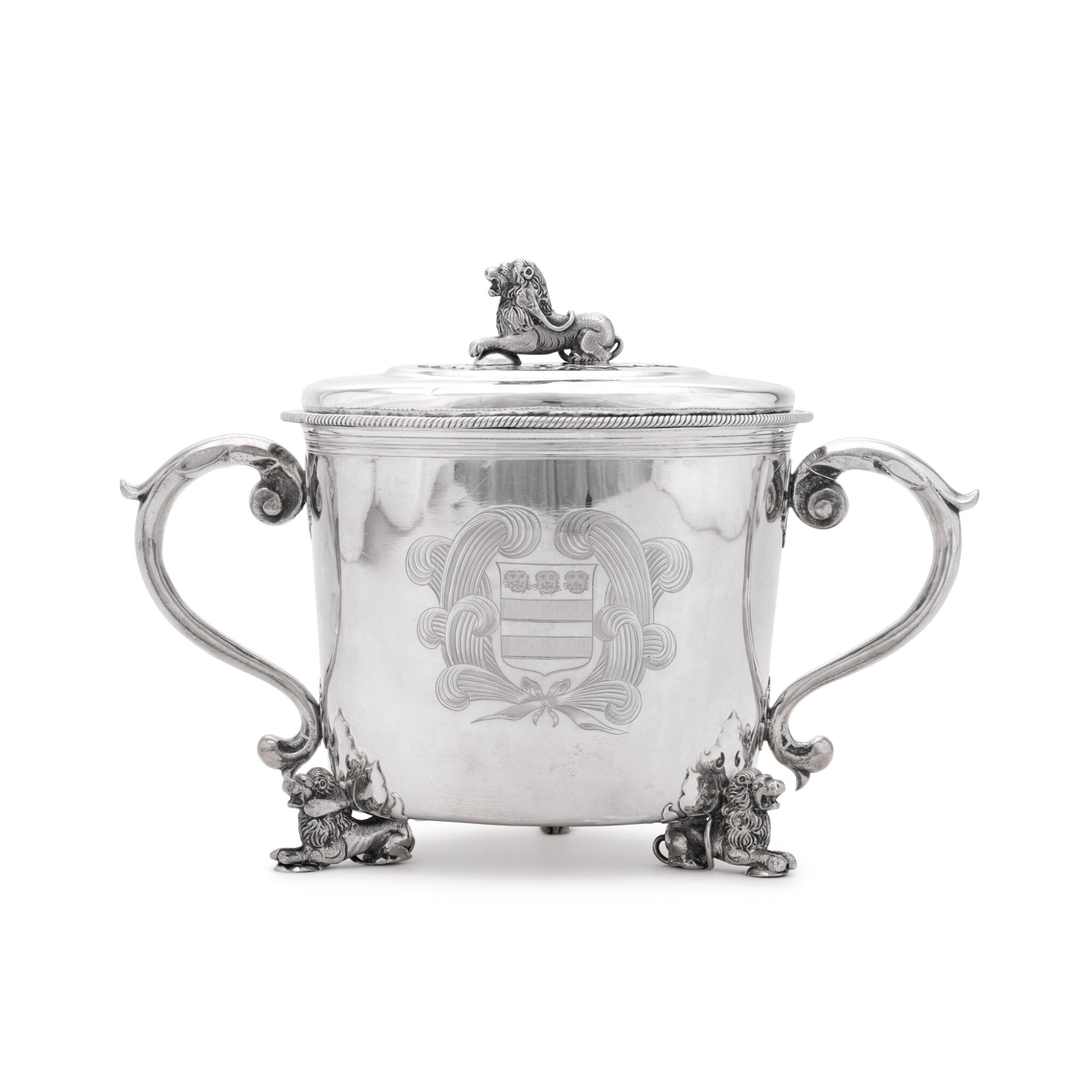 Cylindrical form with two scroll handles, the cover with rope-twist border and lion couchant finial on cut-card bracket, the three feet using the same model, both body and cover engraved with two set of arms on both cover and body, one for William Hulton of Hulton Park (1625-1694) and his wife, Anne, daughter of William Jessop of Warwick House, and the other for a member of the Hulton family of Hulton Park, Lancashire.