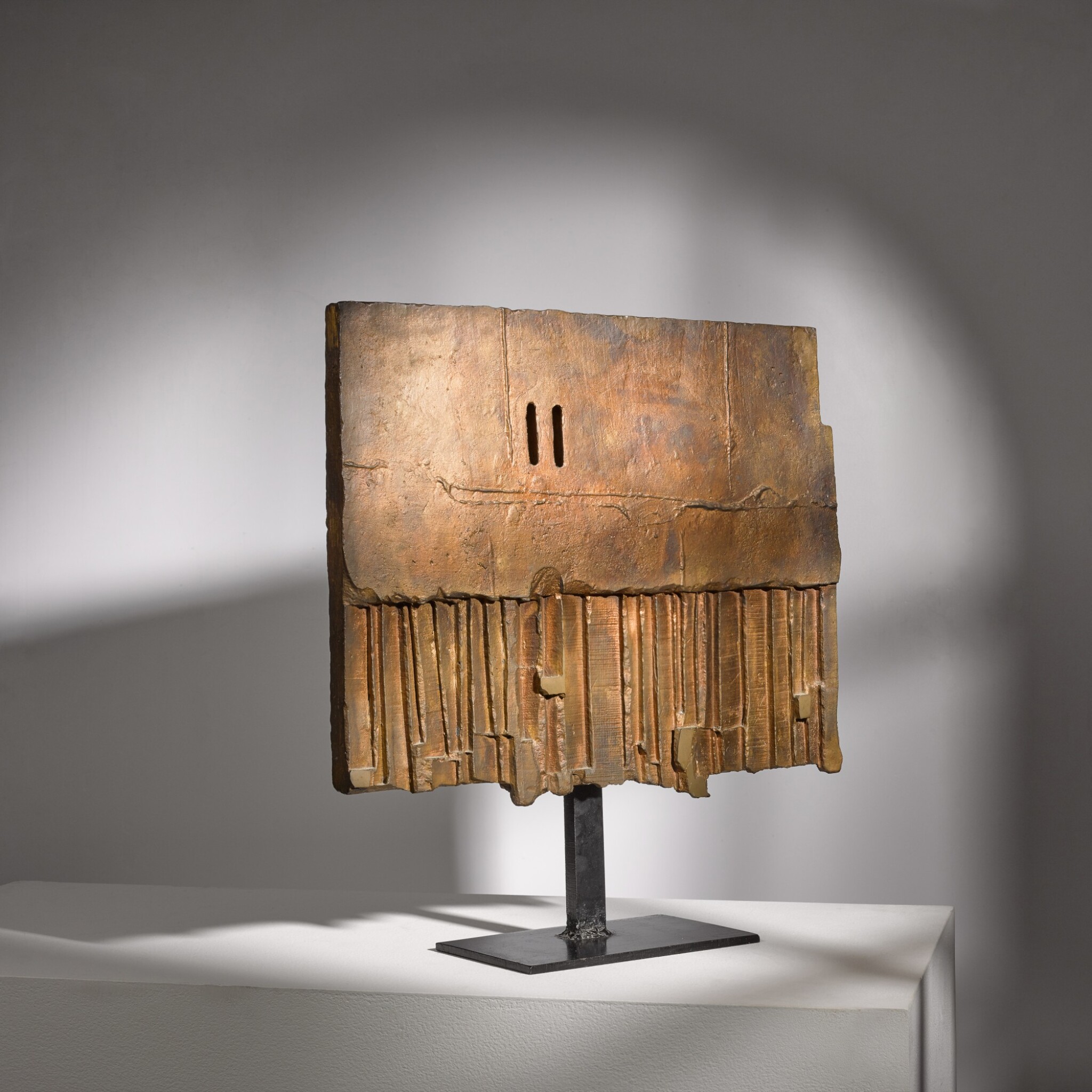 bronze, signed to the reverse in Roman script Azuma and numbered 0/2, titled as above, 1963, mounted on a black metal stand

Good condition, the black metal stand with some wear to the base.

Azuma Kenjiro (1926-2016) was born in Yamagata city, Japan. In 1961 he joined the Movimento Punto, established in Milan by the Chinese-born abstract painter, Hsiao Chin, (b.1935), as a representative of Japan and as the only member using sculpture as their main creative medium. After joining the Tokyo University of the Arts in 1949, he travelled abroad to Accademia di Belle Arti di Brera in 1956, commencing his time in Italy where he remained for six decades. In 1960, Kenjiro joined the workshop of the famous Italian artist Marino Marini (1901-1980), who repeatedly reminded him: “Azuma, remember that you are Japanese…”. Following his master’s advice he decided to empty his studio of all the work he had created until then, beginning on a personal artistic quest that had its roots in an “unconstructed beauty, something that can only be felt by a Japanese; iron that is rusting, a house that is falling apart, the invisible element that is behind material, the full and the empty…” These reflections on the meaning of infinity and the life cycle brought him to the realization of his first bas-reliefs entitled MU.

Mu is the Japanese character for 'nothing'. Following from the other work on sale (Lot 73), MU-S84 is another representative piece in the series. In contrast with his other works, MU-S84 has a matte finish echoing a natural wooden texture.

In 1963, Kenjiro was awarded the Japanese National Museum of Modern Art prize, followed by a touring exhibition across seven major museums in the United States.

For another example of the artist’s work in the collection of the Vatican Museums, inventory number 22970, go to: