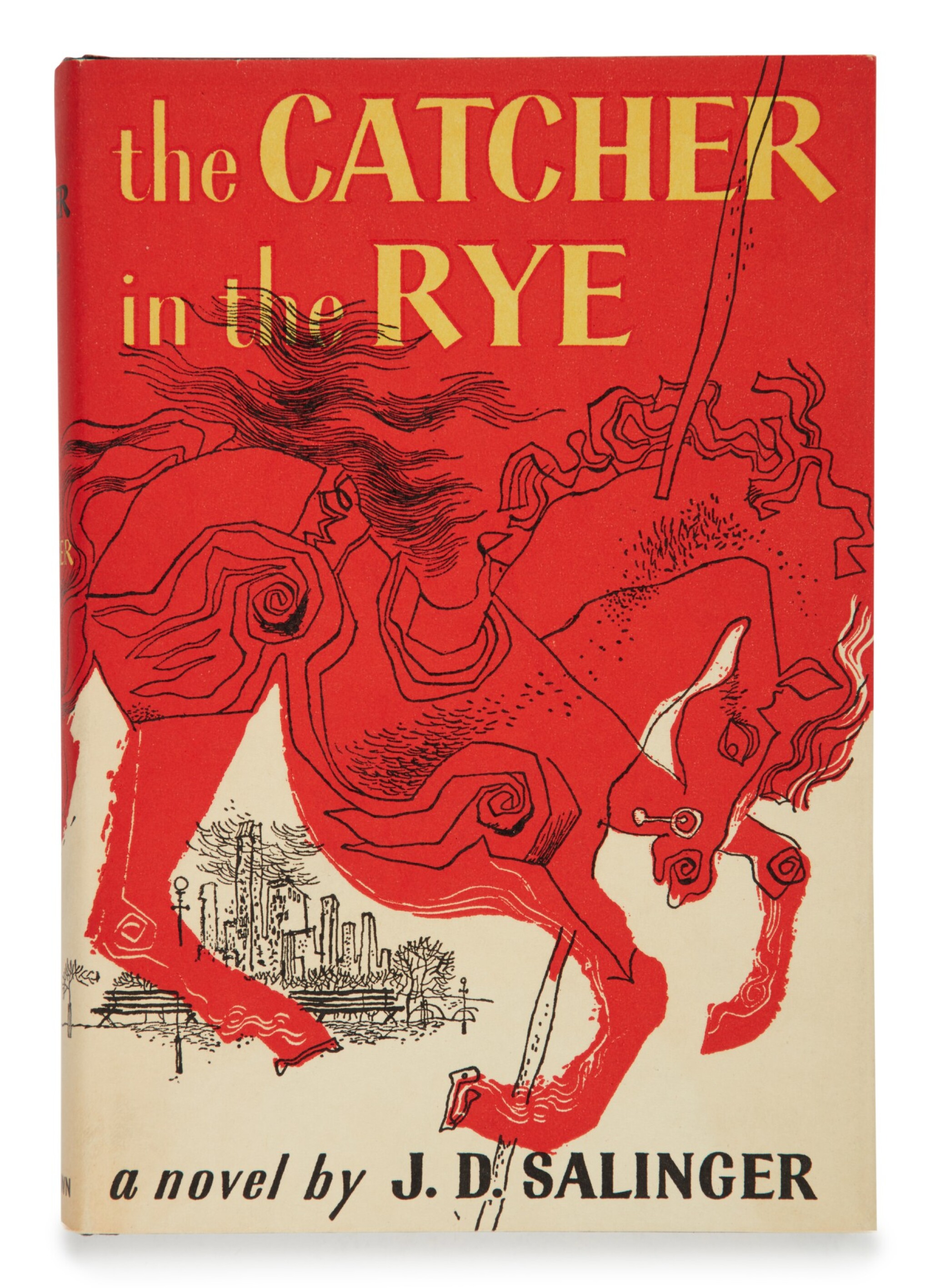 8vo (200 x 133 mm). Publisher's black cloth, spine gilt-lettered; one spot to fore-edge, a few stray spots to endpapers. Original dust-jacket, illustration by Michael Mitchell on upper cover and spine, with the photographic portrait of the author by Lotte Jacobi on the rear panel. In quarter red morocco slipcase with folding chemise.

An exceptional, bright copy of this contemporary American classic

﻿The Book-Of-The-Month Club picked up The Catcher in the Rye just after it was set in galleys. Salinger, ever averse to publicity of any sort, felt the portrait photo on the back cover, as seen in this copy, was too big. He later lobbied to have the photograph removed, and it has not been reprinted since. The dustjacket on the present copy is remarkably pristine—examples with the photo are already scarce, and ones in the condition seen here are even more so.

Salinger worked on Catcher, chronicling Holden Caulfield’s escape from Pencey Prep—reportedly modeled on the Valley Forge Military Academy that Salinger himself attended—to his personal New York City underground, on and off for ten years. It was finally published to mixed reviews, which praised Salinger’s brilliance and insight but condemned the pervasiveness of obscenities in the novel.