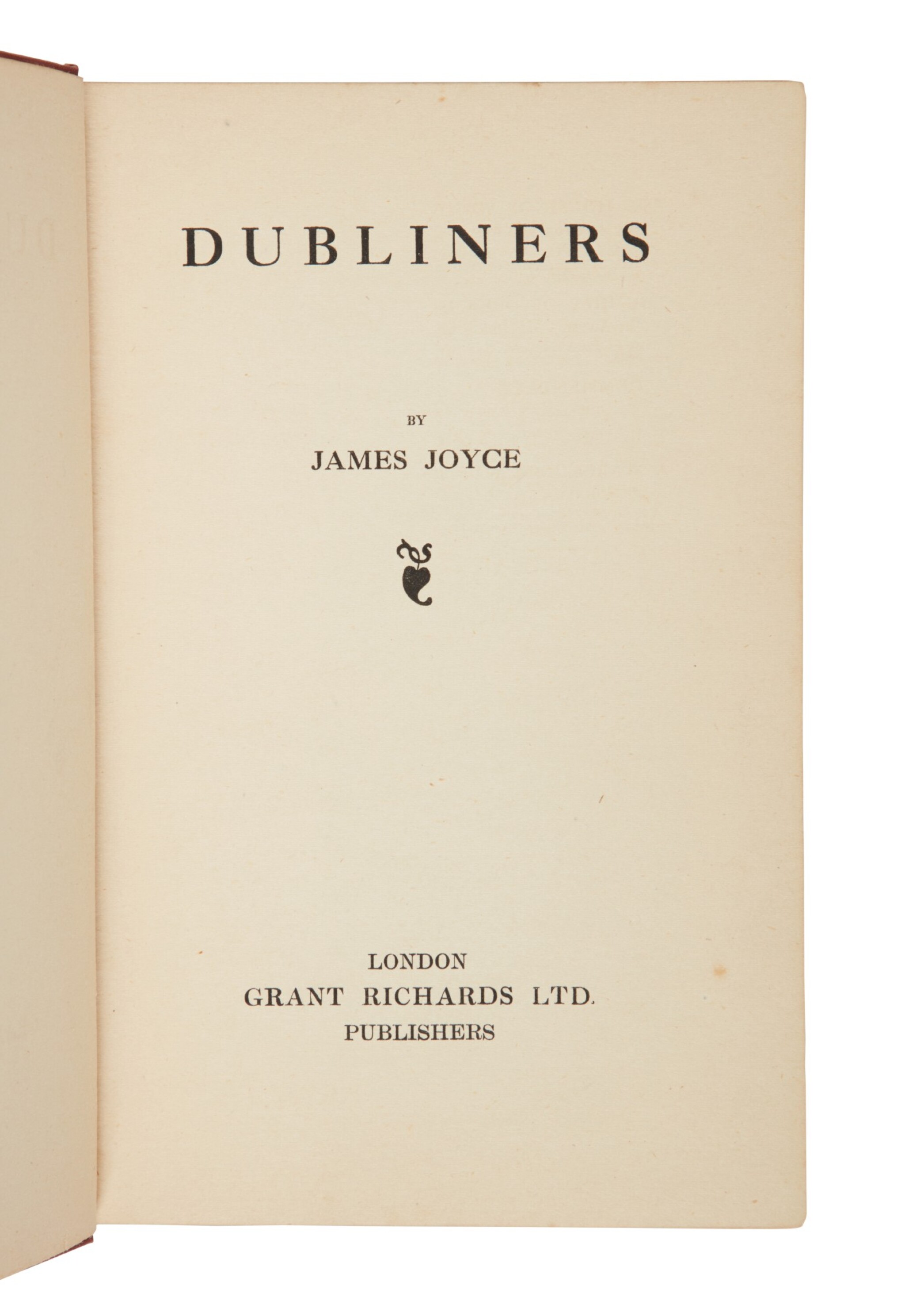 8vo (195 x 124 mm). Half-title, 18 lines of publisher's advertisements facing the title-page; lightly browned, ownership inscription reading "L. Macaulay-Filgate[?]" on the flyleaf, foxing and off-setting from the inscription on initial blank. Publisher's maroon cloth, front cover and spine gilt-lettered; lacking the dustjacket, boards and extremities a little rubbed, with exposure to upper board edge in one spot, edges with some light soiling, spine with some shelfwear.

First published edition, one of approximately 746 copies bound in the publisher's maroon cloth. The publishing history of Dubliners is convoluted, but well-known. Grant Richards originally accepted the collection of short stories for publication in his first list of 1906. After skirmishes with printers over objectionable passages, the publisher abandoned the book. It was later picked up by Maunsel, who printed an edition of 1000 copies in 1910. After Joyce refused Maunsel's manager's request to make emendations to the text, the edition was destroyed. Joyce subsequently added two important stories—"A Little Cloud" and "The Dead"—to the collection. In 1914, the author returned to Richards, who published the book in June of that year.

Slocum and Cahoon A8