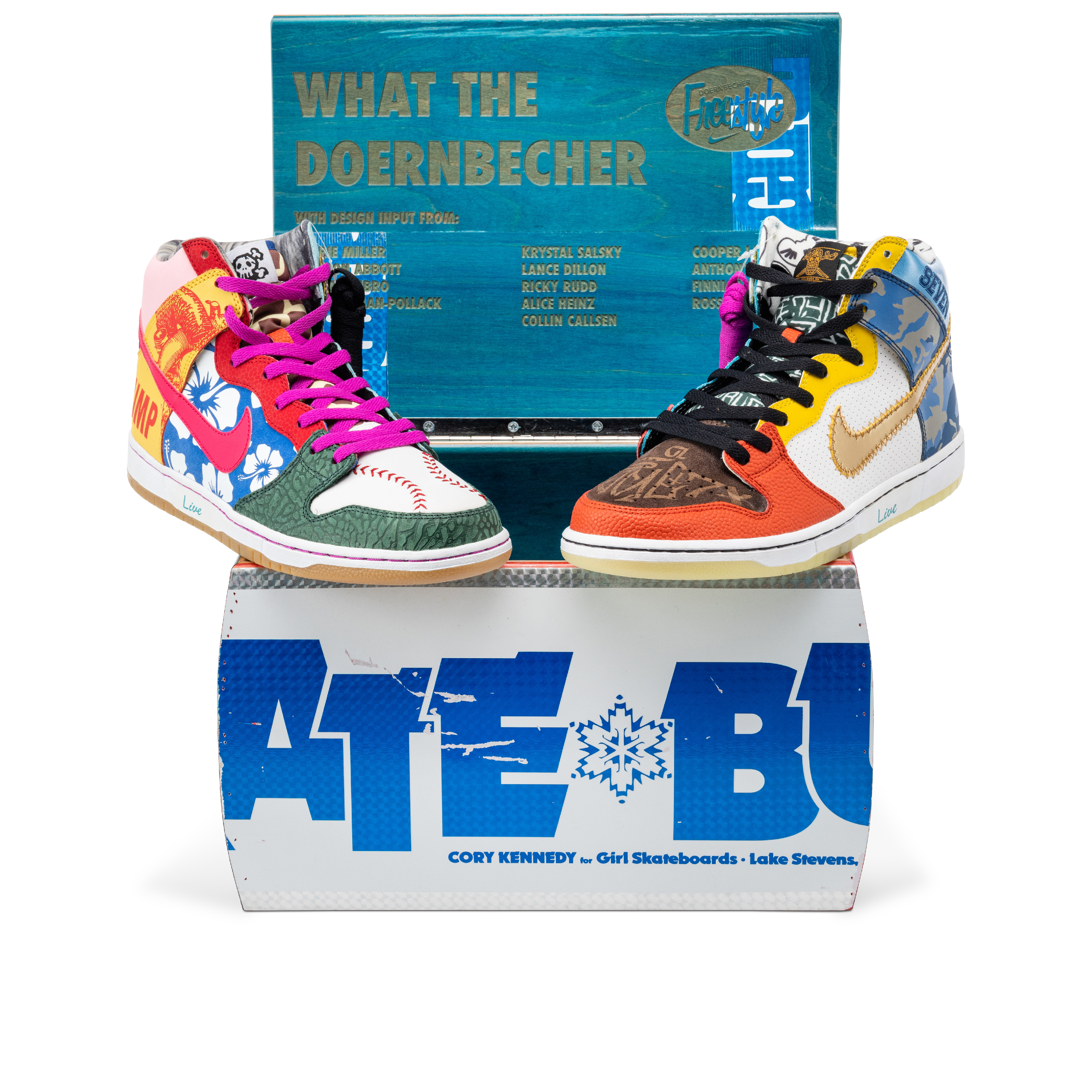 The sneakers are in deadstock condition, with their original box and without the dust bag.

In 2007 Nike created the ‘What The Dunk’, by combining design elements from 31 separate Nike SB Dunks. The design goal was to create the “Dunk to end all Dunks.” Nike claims the creation of the What the Dunk was “painstaking, meticulous, and ridiculous on purpose.”

Adapting this concept, in 2015, Nike created the ‘What the Doernbecher’, which features design elements from thirteen different Doernbecher series designs.

The Doernbecher series is an annual benefit of the OHSU Doernbecher Children’s Hospital in Portland Oregon. Each year, Nike enlists Doernbecher patients to design their own Nike and Jordan Brand sneakers.

Sold exclusively via eBay auction, each pair also included a box made from recycled skateboard decks. The interior of the box lid, features the names of the thirteen children who designed the previous Nike Doernbechers, that inspired this pair.

This is one of the rarest, and most coveted, Nike SBs in the world.