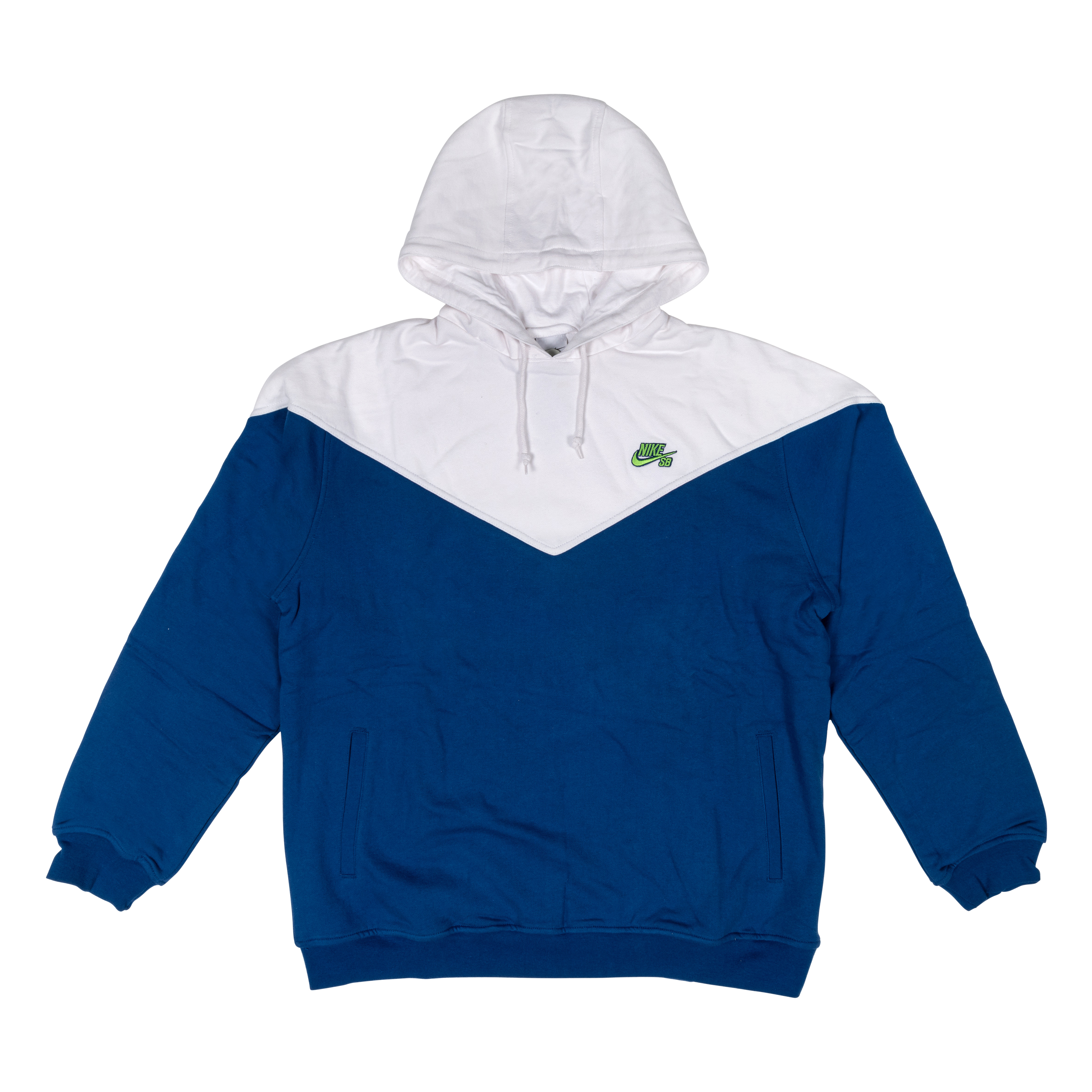 The hoodie is in new condition.

Back in 2005, Nike SB teamed up with skateboarding company Alien Workshop to release the SB Zoom FC, a redesigned classic finished in a blue, green and white colorway. The hoodie on offer pulls inspiration from the release and is finished in blue and white color blocking with a contrasting green Nike SB logo.