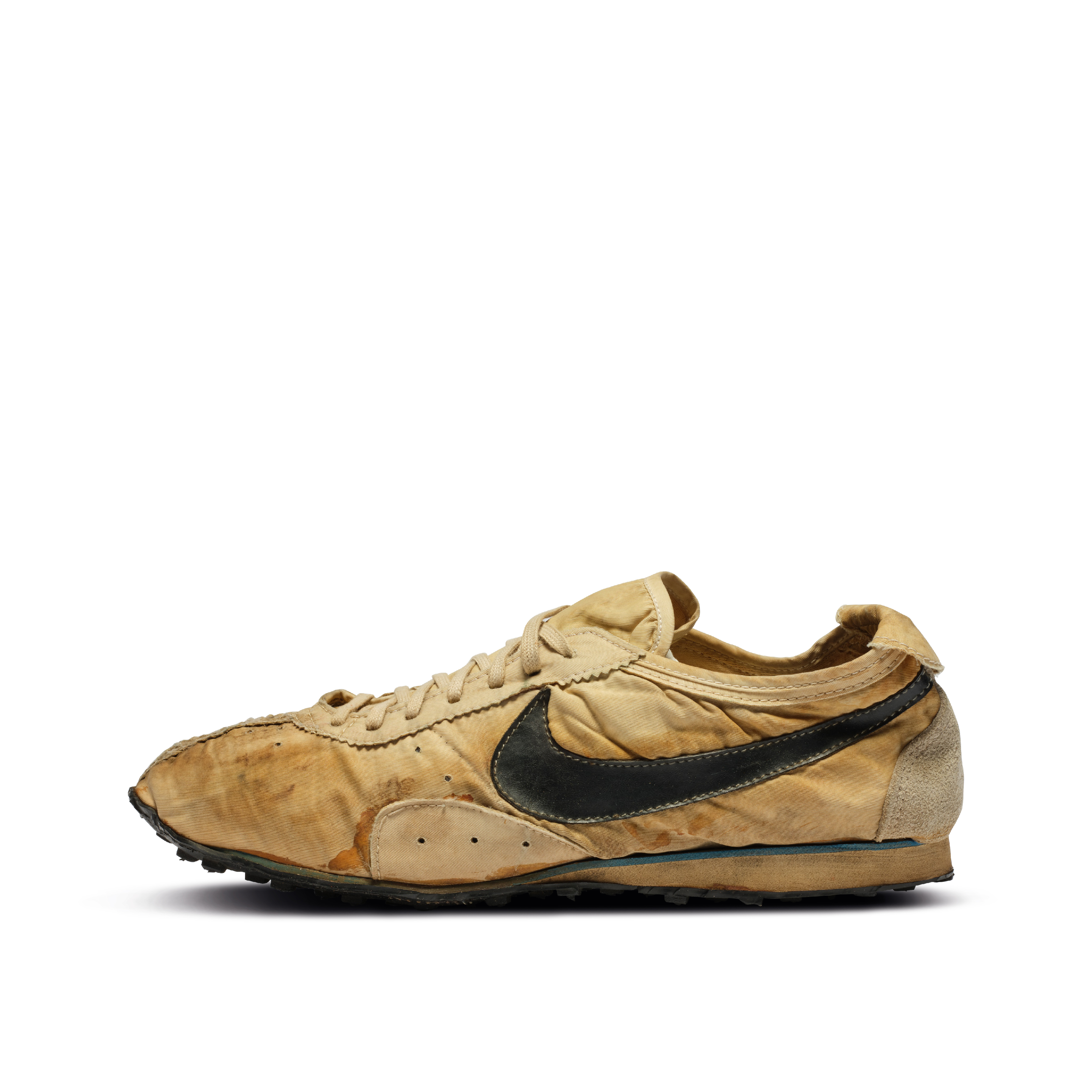 The shoes show signs of wear consistent with use and age. For a more detailed condition report please email Brahm.wachter@sothebys.com.

The Nike “Moon Shoe” is one of the most significant artifacts in the history of the multi-billion dollar athletic brand. One of only a small number of pairs known to exist, this Moon Shoe is a handmade running shoe designed by Nike co-founder and legendary Oregon University track coach Bill Bowerman. As the famous story goes, Bowerman was first inspired to create the innovative waffle sole traction pattern found on the brand’s early running shoes by tinkering with his wife’s waffle iron, pouring rubber into the mold to create the first prototype of the sole. The finished design of the traction pattern created better grip and cushion than most running shoes of the time, and the waffle sole was Nike’s first major innovation as a brand. The “Moon Shoe” got its name from the resemblance between the impression that the waffle pattern left in dirt and the famous tracks left on the moon by astronauts in 1969.

This pair was hand-cobbled by one of Nike’s first employees, Geoff Hollister. Due to the handmade quality, each pair is irregular and one of a kind. The waffle outsoles are in two pieces because Nike did not have the technology to make one piece soles at the time. The soles also have markings visible around the perimeter of the rubber from shears that were used to hand cut them into shape. The upper features a white nylon construction with black Swooshes hand sewn on each side with fishing line. The pair does not say “Nike” anywhere inside or outside the design, with only the side Swooshes designating them as a Nike shoe.