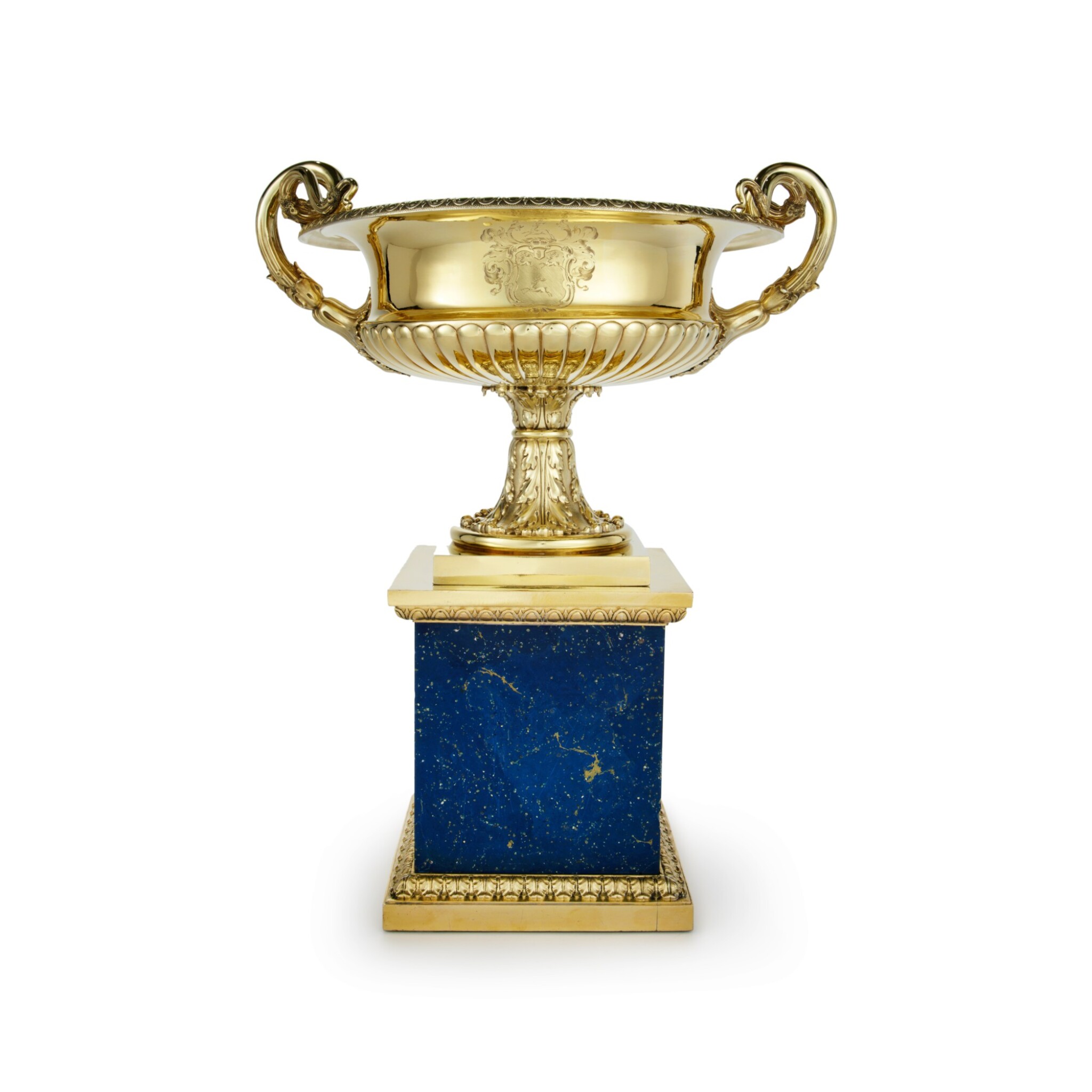 of krater form with egg-and-dart rim, forked and coiled vine handles, the stem applied with acanthus over matted ground, plain square base, engraved with contemporary arms and inscription; on a quadrangular base of simulated lapis with chased gilt metal borders to match the cup

One ding in side of cup, and several chips to the lapis finish of the base. Otherwise good.

Casewick near Stamford, Lincs is a medieval moated house, remodeled by the Trollope family in 1621. A Gothic frontage was added in 1785. Syston Park, Kesteven Lincs. was built in 1775 to designs of John Lanwith for Sir John Thorold. A new library was added in 1822-24 designed by Lewis Vulliamy, containing a fine collection of books and manuscripts, including a copy of the Gutenberg Bible. The house was demolished circa 1925. The two families were related. Sir John Trollope, 6th Bart. married in 1798 Anne daughter of Henry Thorold, of Cuxwold, Co. Lincolnshire.