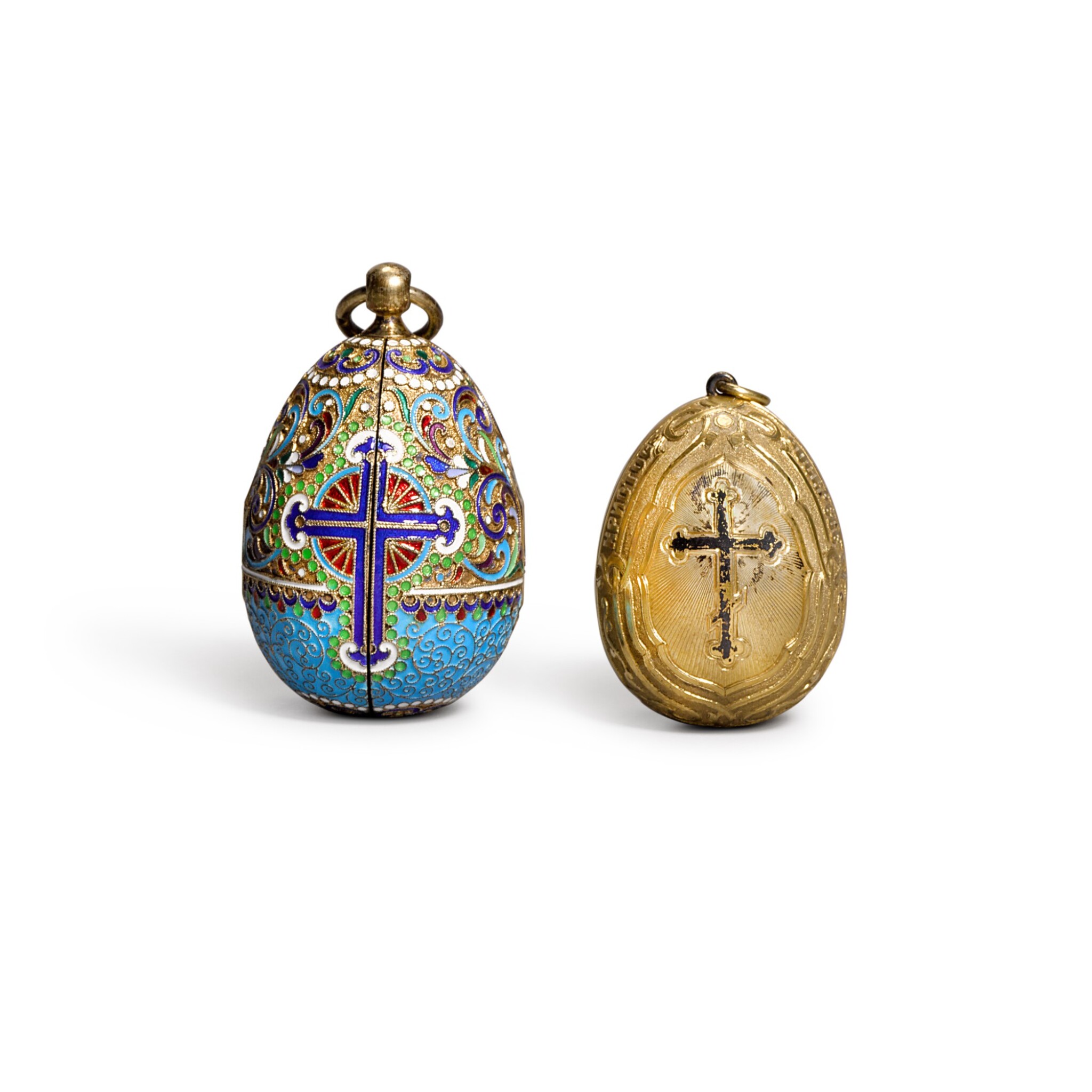 the interior of the silver-gilt egg painted with an image of a guardian angel holding a cross and a chalice before a gilt ground, the angel's name inscribed around his halo, 'Christos Voskrese' engraved in Cyrillic around the crucifix on the front of the egg, struck to the interior with maker's intials in Cyrillic, 84 standard, the cloisonné enamel egg depicting the resurrection of Christ as recorded in the Gospel of Matthew 28: 2-4, ascending in glory over his tomb besides an angel, the exterior enamelled in polychrome opaque blues, green, red and white with scrolls, beading and a crucifix, struck to the loop and on each opening wing

For further information on the condition of this lot please contact scarlett.roseatkinson@sothebys.com

﻿Please note that Condition 11 of the Conditions of Business for Buyers (Online Only) is not applicable to this lot.