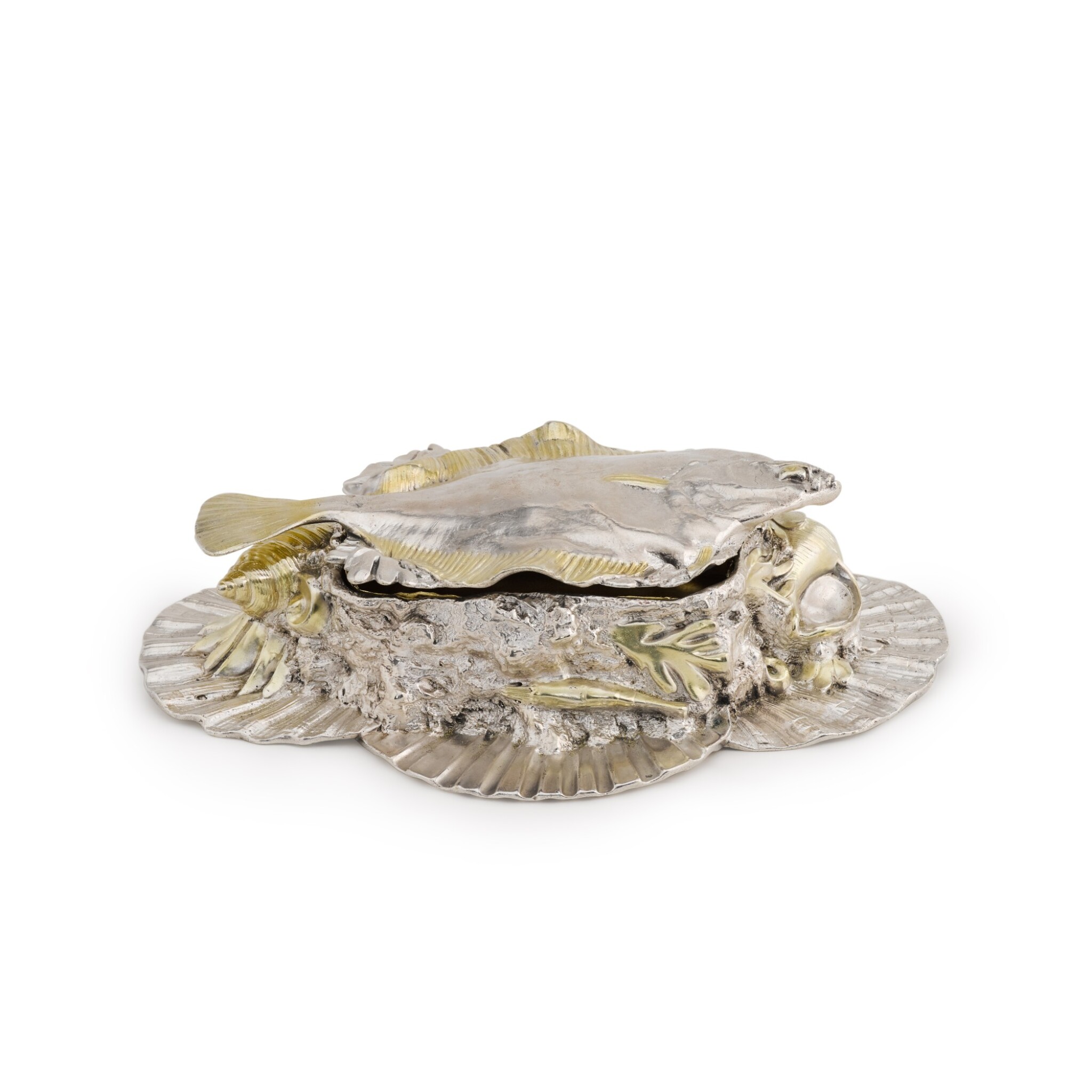 Modelled as a plaice atop a rock covered in seaweed, shells and prawns, some element highlighted in gilt, with a gilt liner inside.

Good overall condition. Some wear to the plating. Engraved on the underside D&G.

The design for this dish, described as an ‘Ornamental design of fish and shells,’ was registered at the Patent Office Design Registry, London, on 18 December 1875, parcel 3, by the electroplate manufacturers, Richard Hodd & Son, 30 and 31 Hatton Garden, London, E.C. (National Archives, Kew, BT 43/39/297054)