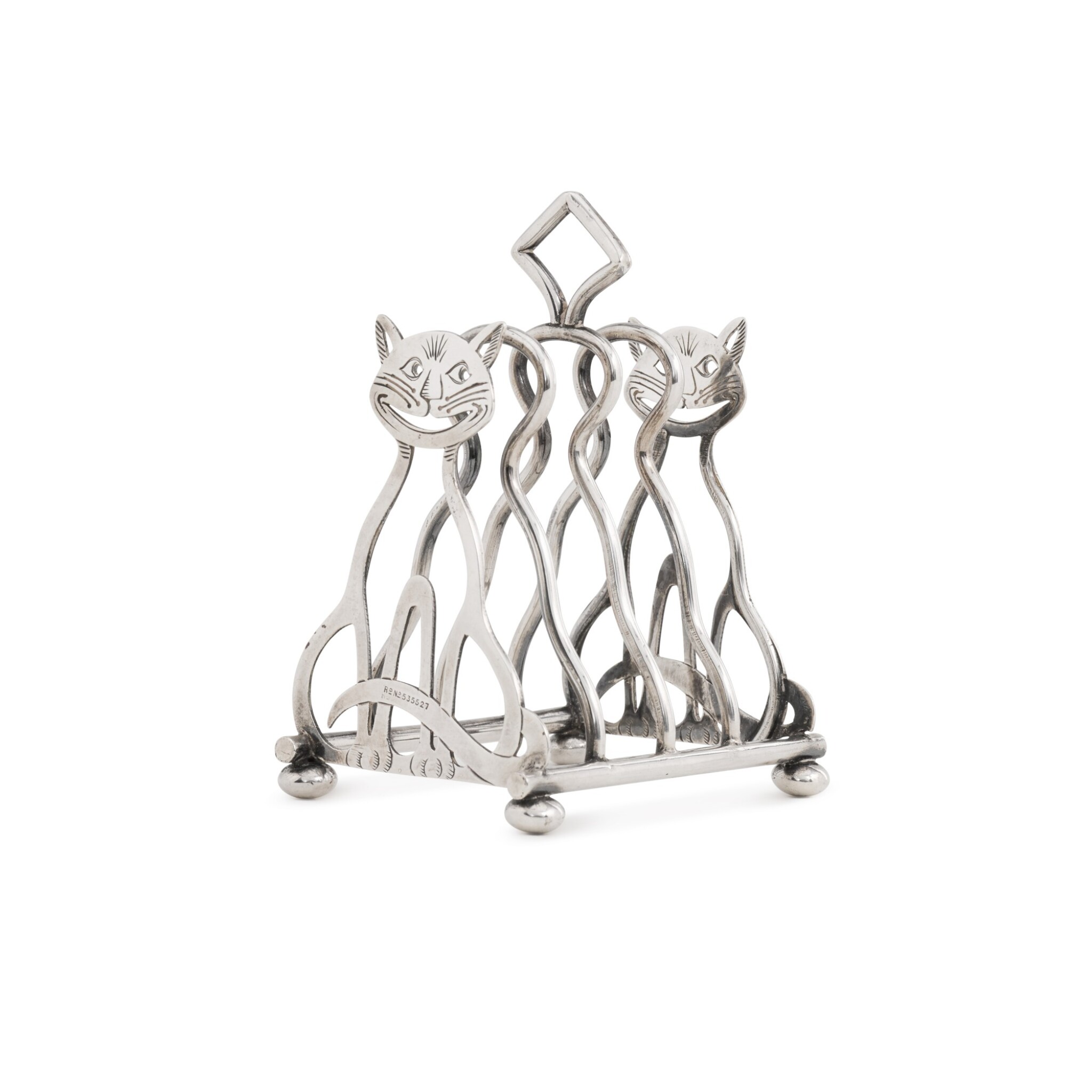 The Patent Office Design Registry number 535527 struck on this toast rack is one of a number for patterns of similar items registered by Levi & Salaman. Others designs of toast racks incorporated geese with outstretched wings, a deer and a seated hound. The idea for a smiling cat may have been inspired by the many caricatures of cats by the well-known illustrator, Louis Wain (1860-1939). At the height of the Edwardian period, his cats were ubiquitous: in newspapers and magazines, as postcards and in children’s books and editions of his own popular annuals. Mr. Wain even appeared on occasion in public, as when at an event for ‘The League of Mercy’ at the Ritz Hotel in London in November 1906 he took part in ‘a short musical entertainment, [when] in the rôle of lightning sketcher of the feline tribe, [he] drew cats’ heads in charcoal.’ (The Queen, London, Saturday, 8 December 1906, p. 1025b)