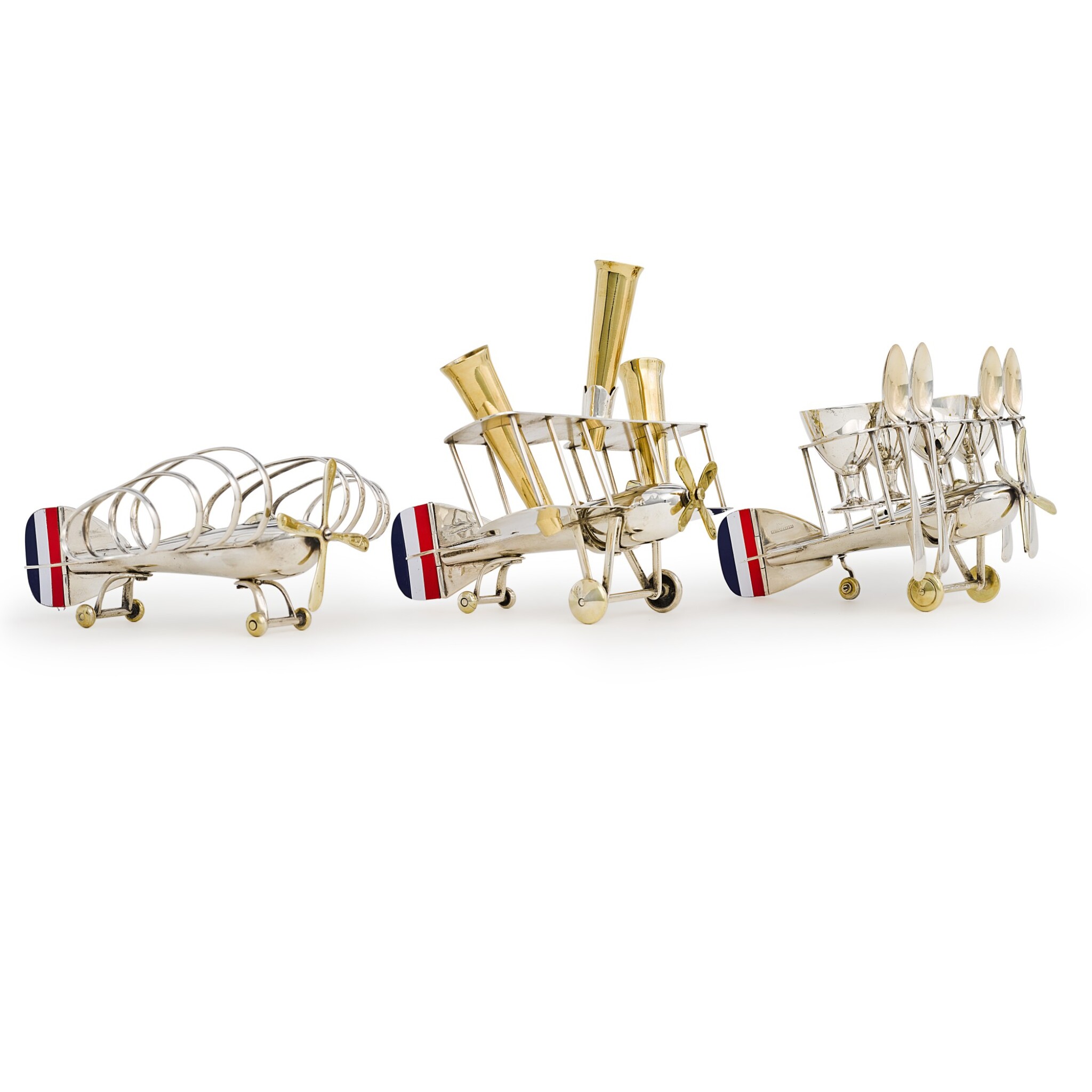 Comprising a six slice toast rack, a four person egg cruet with spoons (Walker & Hall), and a three compartment vase, modelled as French biplanes with flags on the rudders, the wheels and propellers moving, also with design registration number 666599.

One or two small dings. The flags seem to be composed of tape, which is peeling at the edges.

The founder and director of A.E. Poston & Co. Ltd. was Arthur Edward Poston (4 March 1896 – 2 July 1971), eldest child of Arthur Poston (1864-1930), an ironmonger from Ilford, Essex, and his wife, Florence (née Baker). By the time of the 1911 Census, when Poston’s father had become the publican of the Cross Keys, Crown Street, Dagenham, Essex, Poston himself, aged 14, was described as a cutler’s assistant. When he married on 23 July 1918 at St. Mary, Lambeth to Lilian K. Bremner, a builder’s daughter, he was a diamond buyer. Over the next few years, he consolidated his business interests as a wholesaler of jewellery, silver, electroplated goods and cutlery, based at Lonsdale House, Downgate Hill, City of London. By the late 1930s, A.E. Poston, who at the time was living in Romford, Essex, was head of A.E. Poston Ltd., ‘manufacturing silversmiths etc,’ with a factory in Sheffield. His company was eventually absorbed by Plaxtons (Scarborough) Ltd. and closed in 2000.