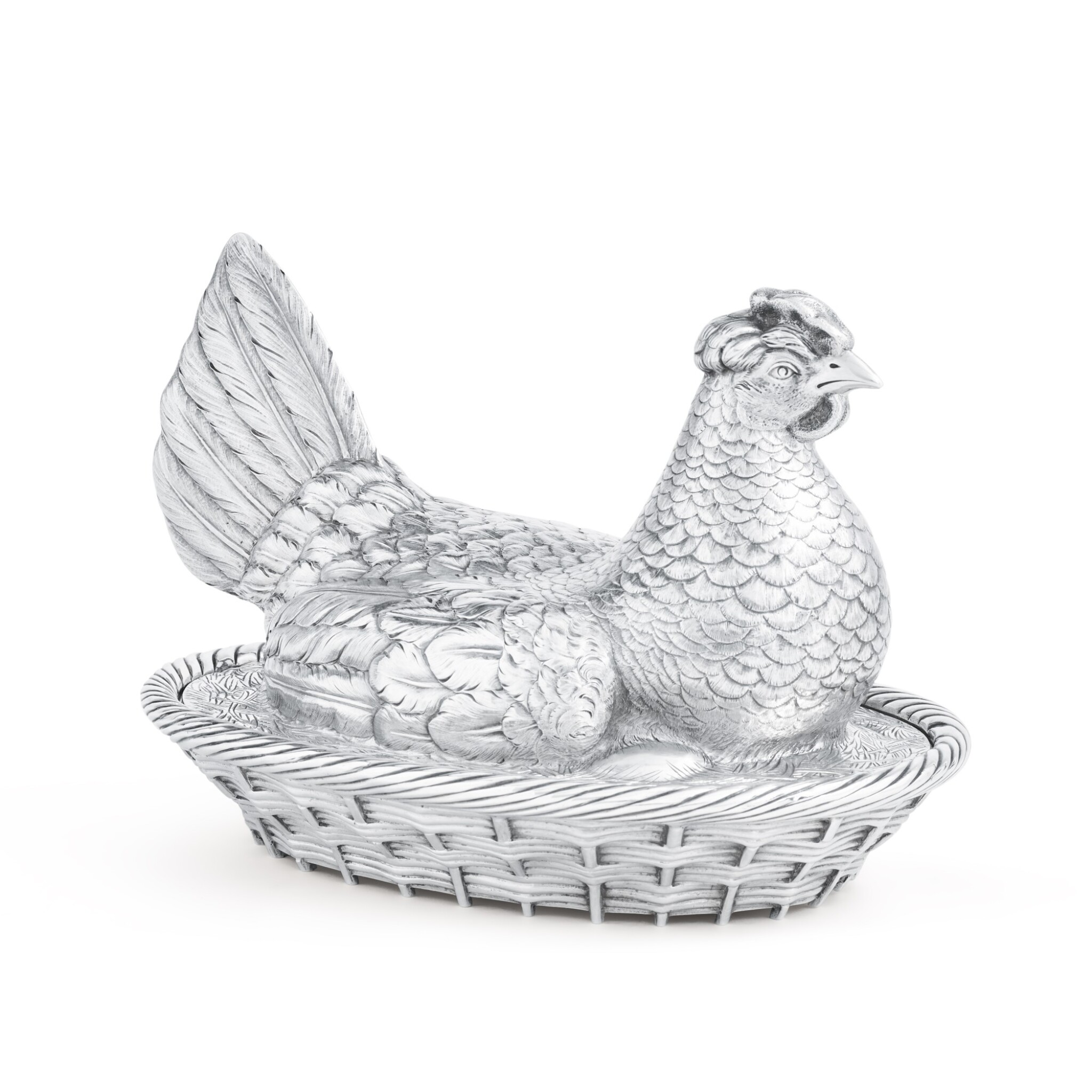 Realistically modelled as a nesting hen on a straw-filled basket, with feather-effect chasing, the body lifting off to reveal receivers for seven eggs.