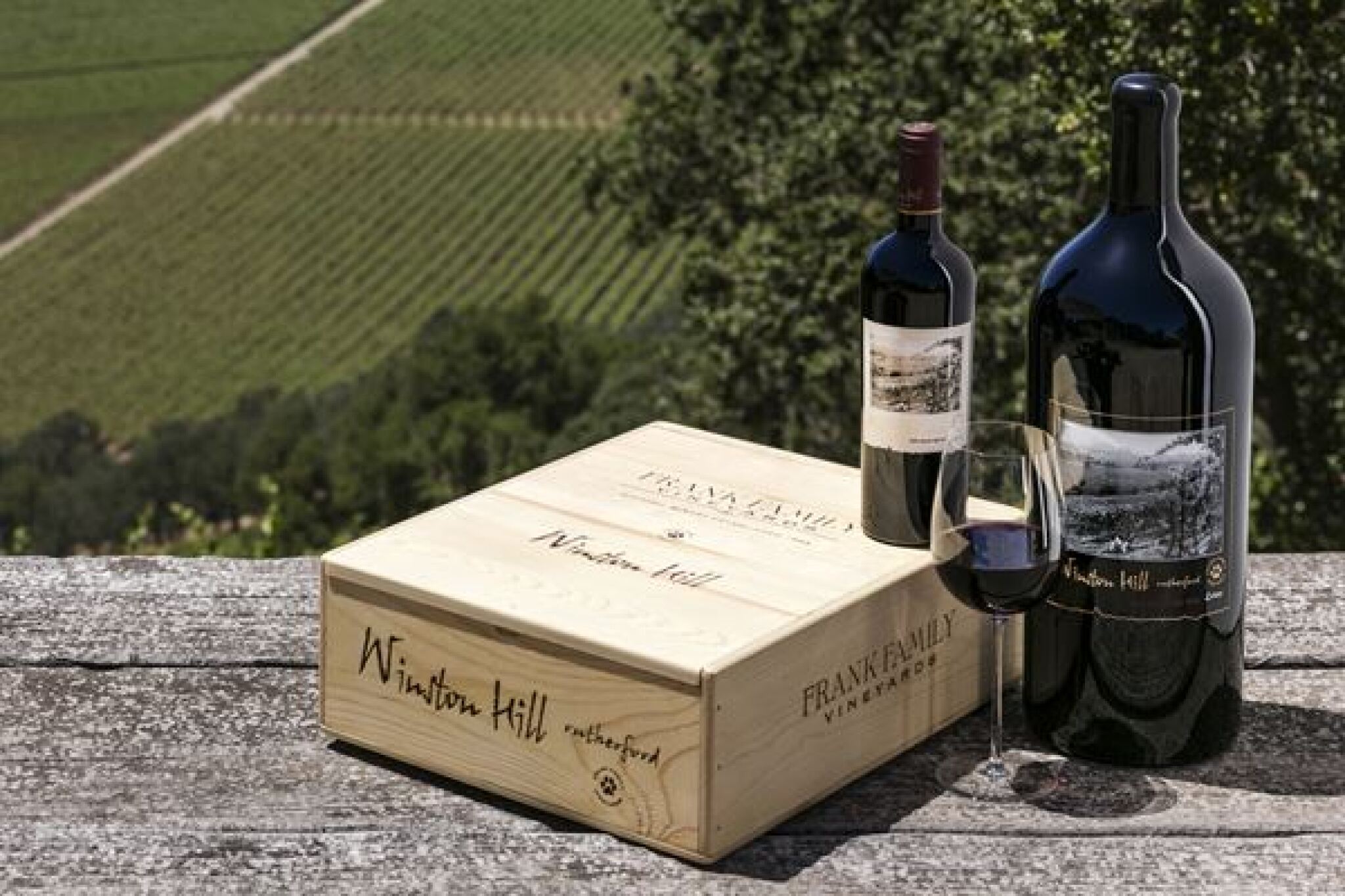 The Wonder Years of Winston Hill

Frank Family Vineyards was founded in 1992 by Rich Frank, former Disney Studios president. First constructed as the historic Larkmead Winery in 1884, the stone building on the property is the third-oldest in Napa and appears on the National Register of Historic Places.

Winston Hill Vineyard is Frank Family's original estate vineyard, set in the prestigious Rutherford nested appellation. It is an esteemed site, known for producing wines of First-Growth quality, one of which is the winery's flagship Winston Hill wine, a beautifully balanced Cabernet Sauvignon-based classic red blend.

Winston Hill represents everything Frank Family strives to achieve in their winemaking. It's produced without regard to quantity and with only one goal in mind-to make the best wine that is the best expression of their land year after year.

The first Winston Hill vintage was in 1998. Each year since, it's been slightly different, depending on what Mother Nature gives, but it is always consistent in quality. Though the impeccable fruit first inspired the wine, it was the freedom given to Frank Family's winemaker Todd Graff, along with his ingenuity and discerning taste, that has made the blend an award-winning and highly anticipated wine every year.

As the fortunate winning bidder, your lot contains one Winston Hill 5L magnum bottle each from the remarkable 1999, 2000 and 2001 vintages.