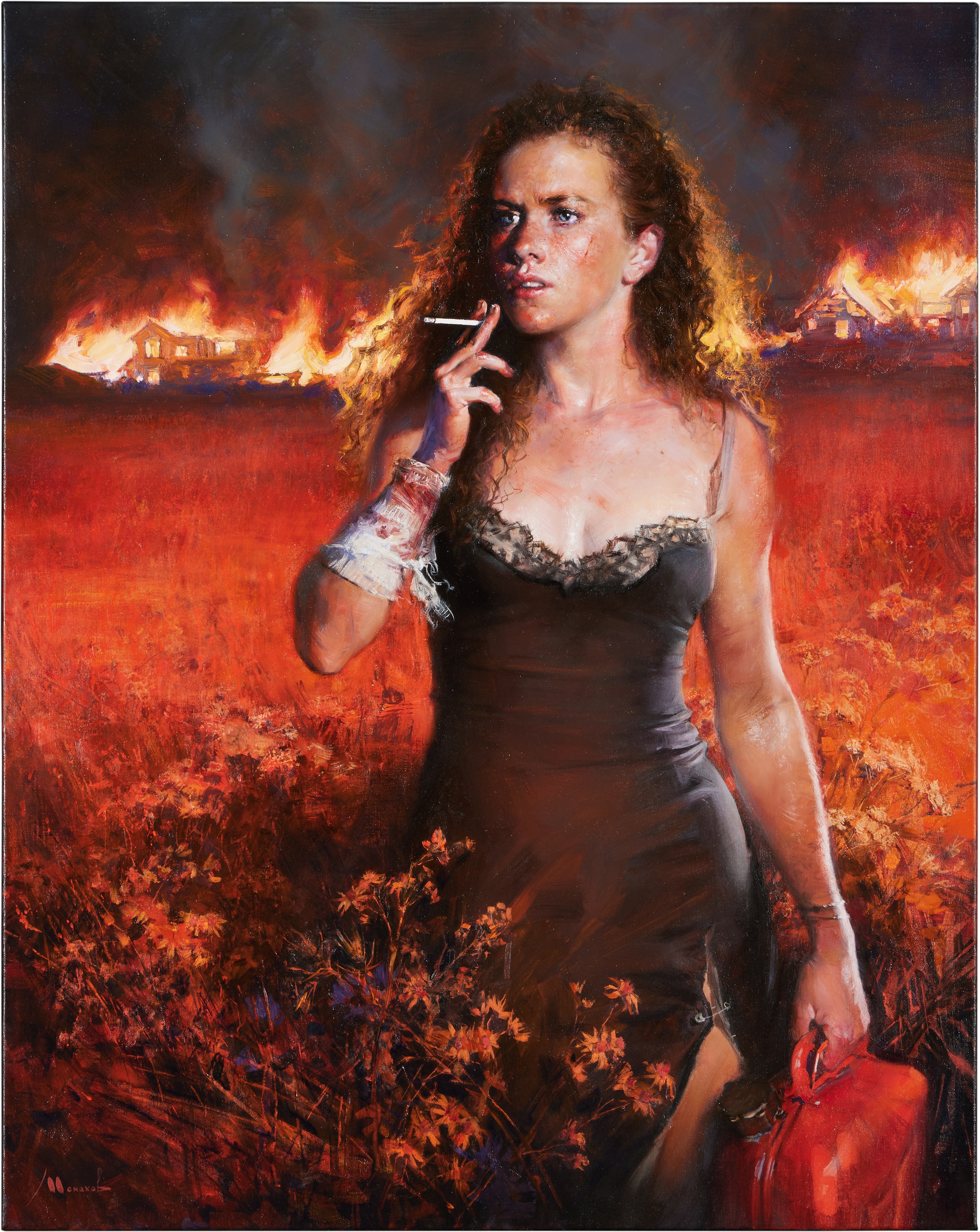 signed Monahov (lower left); signed Evgeniy Monahov and titled in English and Russian (on the reverse)

This work is in very good condition overall. There are tonal and textural variations to the surface, inherent to the artist’s working method and chosen media. Under ultraviolet light there is no evidence of restoration. Framed without glazing.

Born in Moscow, Russia in 1974, Evgeniy Monahov demonstrated an early interest in painting despite having no other relatives involved in the arts. After receiving professional training from the Moscow Academic Art School and the Surikov Institute, Monahov attracted international attention in 2003, when an article in International Artist Magazine highlighted his highly original work. In 2004, Monahov participated in a large cultural event entitled “Russian Summer in Santa Fe” at Andreeva Gallery, which would lead to extensive media coverage of his paintings in the local press. In 2005, Monahov opened with his first solo show at this same gallery titled Scenes to the Southwest. Simultaneously, he began working with Galleries Bartoux in France, exhibiting his work from Paris to New York. In 2012, a large interview with Monahov was published by the Russian magazine Eclectic. That same year, he presented a solo exhibition at the Moscow-based gallery G8 titled Playing with Light. In 2013, he had another solo exhibition at G8 titled Pieces of Life. Monahov has also participated in notable group exhibitions around the world, from Spain to China. In 2019, his painting Girl with a Gun was included in the exhibition Figurativas at the MEAM Museum in Barcelona. This same work also won the Bouguereau Award and a Purchase Award at the Artists Renewal Center International Salon Competition in 2020/2021. Additionally, this painting will be illustrated in the Lunar Codex, a cultural archive of contemporary works launching on the Nova-C Lunar Lander to the Moon, to be preserved for posterity. Recently, Evgeniy Monahov has been recognized by the Art Renewal Center as an ARC Living Master (ARCLM), and his enigmatic paintings can be found in esteemed private and corporate collections around the world.