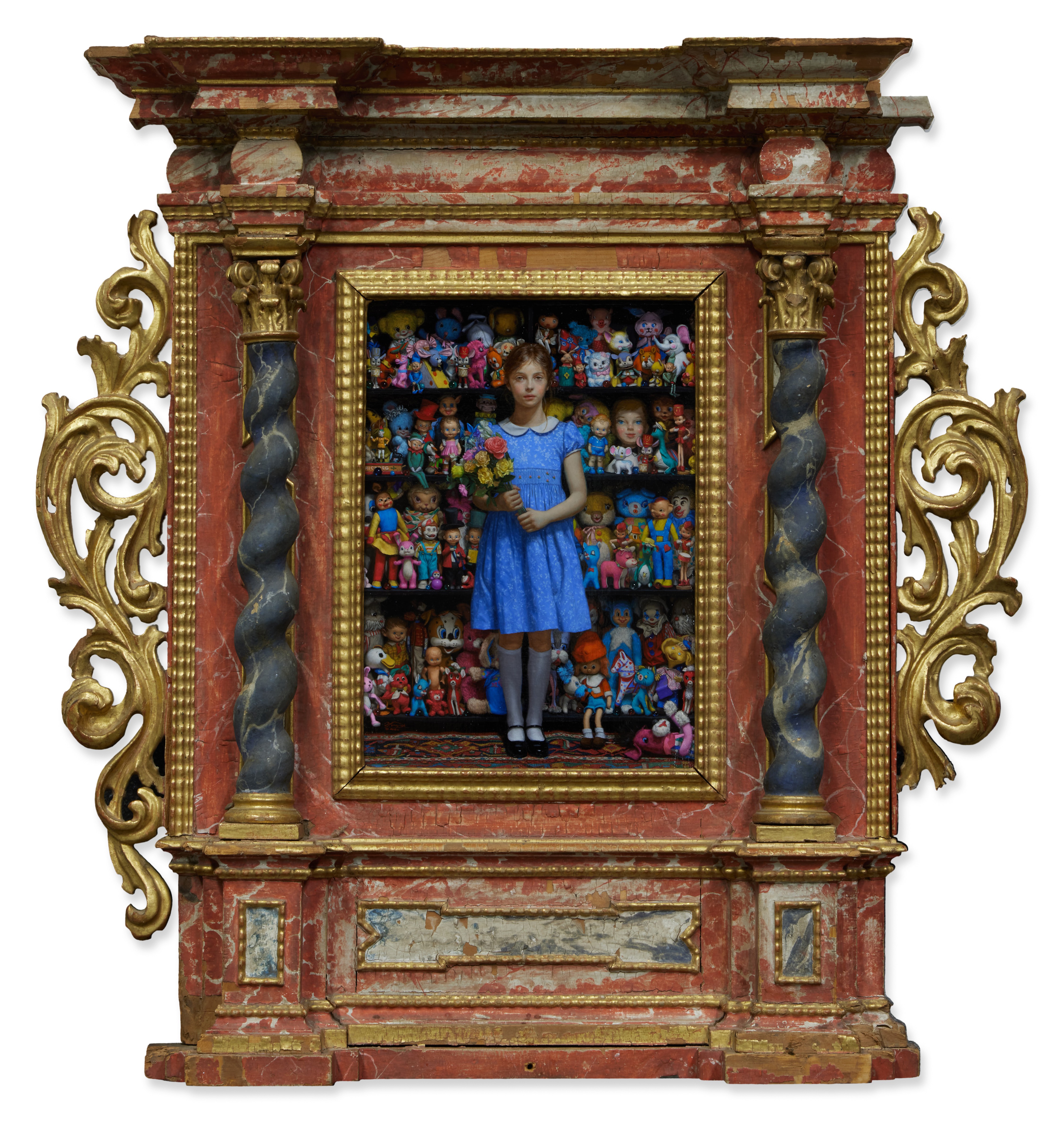 oil on canvas laid down on panel, with artist frame

This work is in very good condition overall. There are tonal and textural variations to the surface, inherent to the artist’s working method and chosen media. Under ultraviolet light there is no evidence of restoration. Framed without glazing. Please note that this work has not been examined outside of its frame.

Born in Hiroshima, Japan in 1959, painter Hiroshi Furuyoshi vividly remembers being surrounded by paintings, calligraphy, tea utensils, books, and unusual items in his family’s antique store as a boy. Such memories would inspire many of Furuyoshi’s beloved paintings depicting children standing in front of bookshelves, often bursting with a variety of unusual and curious objects, as seen in Maya, a standout from Furuyoshi’s oeuvre.

In his youth, Furuyoshi had a passion for history, taking an interest in the visual representation of historical events in manga and art books he discovered in his family’s shop. His parents were supportive of his artistic pursuits from a young age, particularly his mother, the daughter of a kimono dyer, who shared her son’s captivation with art. It was during this formative period that Furuyoshi began visiting museums and studying art history. Through these experiences he developed a love of traditional figurative painting, particularly Old Master paintings.

Upon recommendation from a high school teacher in Hiroshima, Furuyoshi briefly attended the Kyoto Art Junior College before beginning his own pioneering experiments in representational art. Later, under the tutelage of artist Toshiro Aoki, who had spent many years living and working in Europe, Furuyoshi became fascinated with the techniques of seventeenth-century Dutch painters. In 1985, Furuyoshi entered an artwork into a competition organized by a Tokyo-based gallery. Within a year, he presented his first solo-exhibition of miniature canvases. Soon after, he relocated to Tokyo to pursue his artistic career, quickly sparking the interest of several galleries who began to exhibit his work. In search of an international audience, Furuyoshi began submitting paintings to the Art Renewal Center’s International Salon Competition, one of the largest competitions in the world dedicated to representational art. In 2005, the first year he entered, he was awarded “First Place Figurative,” and in 2009, he was awarded “Best in Show”.