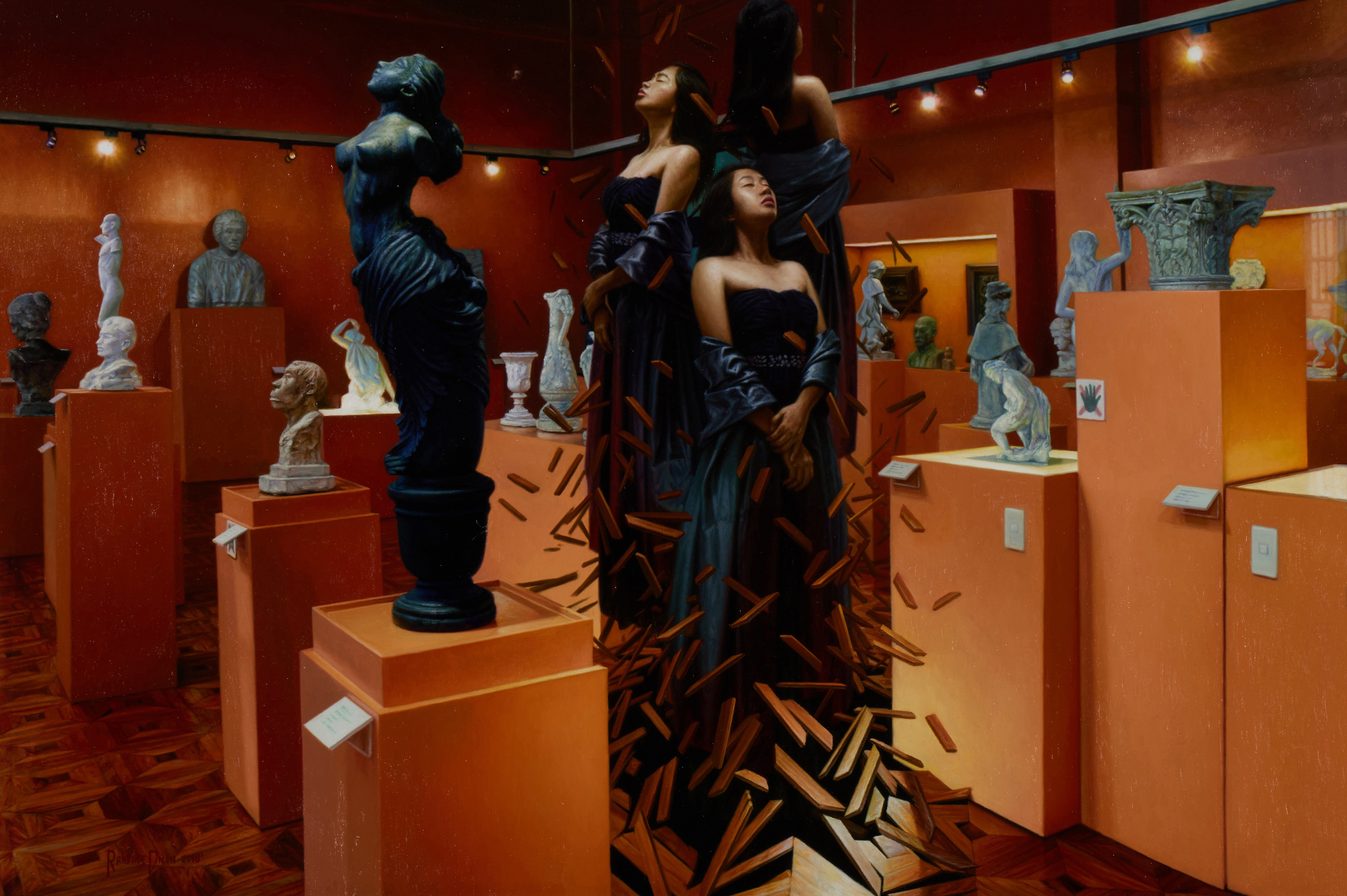 Private Collection, United States (acquired from the above in 2018)

Born in the Philippines in 1986, painter Randalf Dilla is a well-known artist in his home country and abroad. Dilla has received critical recognition for his evocative figurative paintings and unique aesthetic vision. His work probes a multiplicity of themes, from history and culture, to politics and the quest for life. His complex compositions and ability to capture movement are hallmarks of his work.

Following completion of his Bachelor of Fine Arts degree from FEATI University in 2008, Dilla was awarded artist residencies in the United States, Belgium, and Germany. Since then, he has exhibited widely in solo and group exhibitions around the world, including at venues such as Rehs Contemporary Galleries in New York City, Sotheby’s Los Angeles, the European Museum of Modern Art (MEAM) in Barcelona, the “Biwako Biennale International Art Festival Omihachiman” in Japan, the “Asia Contemporary Art Show” in Hong Kong, the “Qingdao International Art Show“ in China, and the “Seoul International Art Festival” in South Korea. Dilla’s paintings appear in prominent collections both nationally and internationally, and he is recognized as one of the most distinguished and awarded artists in the history of the Art Renewal Center’s International Salon Competition. Additionally, Dilla has been featured in several art publications in the Philippines and abroad, including PoetsArtists Magazine, American Art Collector Magazine, and Hi-Fructose Magazine, among others.