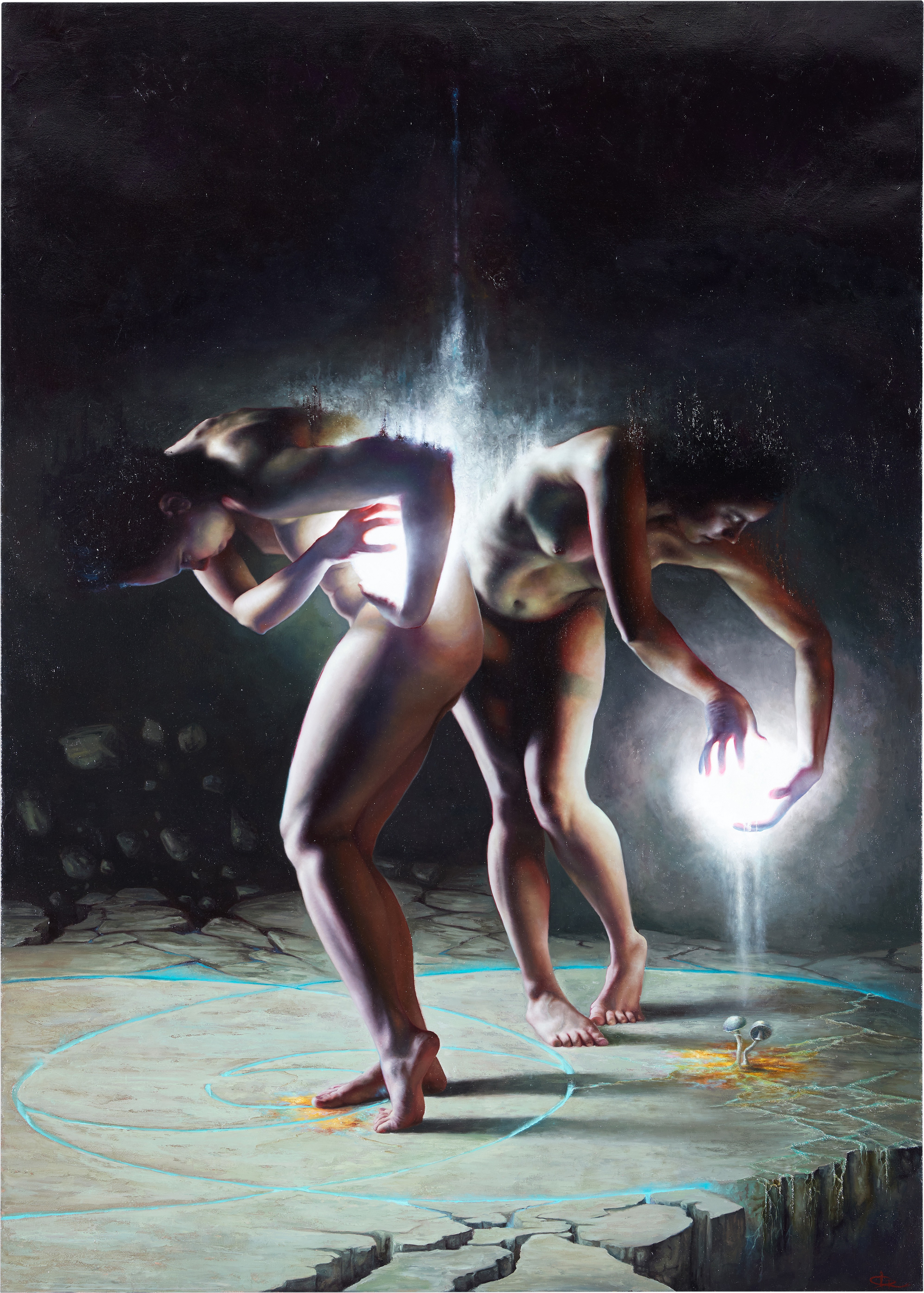 This work is in excellent condition overall. There is scattered minor surface dust, visible upon close inspection. Under ultraviolet light, there is no evidence of restoration. Framed without glazing.

Christopher Remmers (b. 1982) is an American painter based in the Pacific Northwest. His dynamic and imaginative paintings are inspired by classical realism and mythology. Widely recognized for his large-scale paintings and and fanciful subjects, his canvases are often imbued with symbolism, allegory, and a sense of mystery.

Remmers has studied under the tutelage of California-based artist Virgil Elliot, author of Traditional Oil Painting, as well as artist Tenaya Sims at Georgetown Atelier, a traditional painting program in Seattle, Washington, where Remmers now also teaches. In recent years, he has received significant recognition in the United States, exhibiting his works through 33 Contemporary in Chicago, Abend Gallery in Denver, and Corey Helford Gallery in Los Angeles, among others. Additionally, he has been a four-time finalist in the International Art Renewal Center (ARC) Salon Competition, with his painting Zain winning third place in the 15th International ARC Salon in the “Imaginative Realism” category. This same work was exhibited at Sotheby’s New York in July 2021, where it was sold in the auction “Contemporary Realism: Important 21st Century Works”.

Remmers’ paintings have been featured in prominent magazines, including Fine Art Connoisseur, American Art Collector, Apollo Art, Beaux Arts, and L’oeil. He was also featured in Artefex as the “Artist of the Month” in April 2021. Later that same year, he presented a series of large-scale commissions at Versailles, marking one of his artistic greatest accomplishments to date. Presently, his work can be found in private collections around the world.