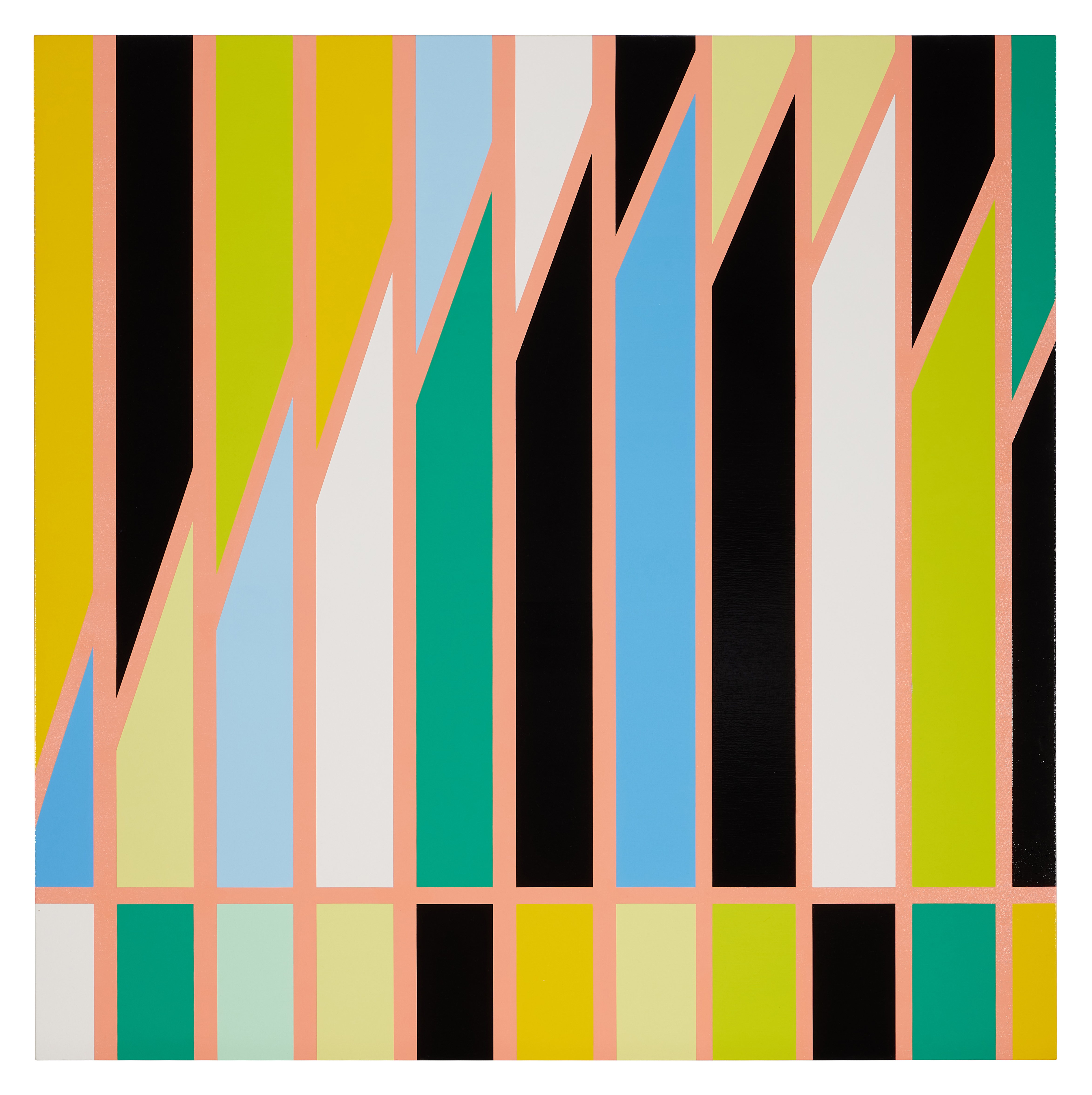 signed Sarah Morris, titled and dated 2013 (on the overlap)

This work is in very good condition overall. There is a pinpoint accretion in the field of white in the lower left corner, visible upon very close inspection. Under ultraviolet inspection, there is no evidence of restoration. Unframed.

"For me, the paintings are not depictions of space, although you could possibly view them as that. They become some other form of space. They’re not virtual space, because a painting is a built thing, obviously. I subscribe to that Frank Stella notion that what you see is what you see." — Sarah Morris, quoted in Taylor Dafoe, "Sarah Morris Explains Why Nothing Is Off Limits in Her New Paintings and Films," Artnet News, 23 May 2019, online

Morris began her career making graphic paintings that adapted the dramatic, emotive language used in newspaper and advertising taglines. Since the mid-1990s, she has been making abstract paintings and films to investigate what she describes as “urban, social and bureaucratic typologies.” Her works, inspired by different cities, are derived from close inspection of architectural details combined with a critical sensitivity to the psychology of places and their key protagonists.

Cat’s Tongue (Rio) is from a recent series about Rio de Janeiro that depicts the multifarious and complex layers of this most contradictory of cities, from its highly orchestrated and eroticised surface image, to its vast urban sprawl. In the Rio paintings, executed between 2012 and 2013, Morris both expands and distills her abstract compositions, and in the complementary film, images of the city's beaches, fruit stands, hospitals, iconic modernist architecture, football stadiums, factories and favelas are combined with images from the office of Oscar Niemeyer, the mayor of Rio and the parades of the city's famous Carnival.