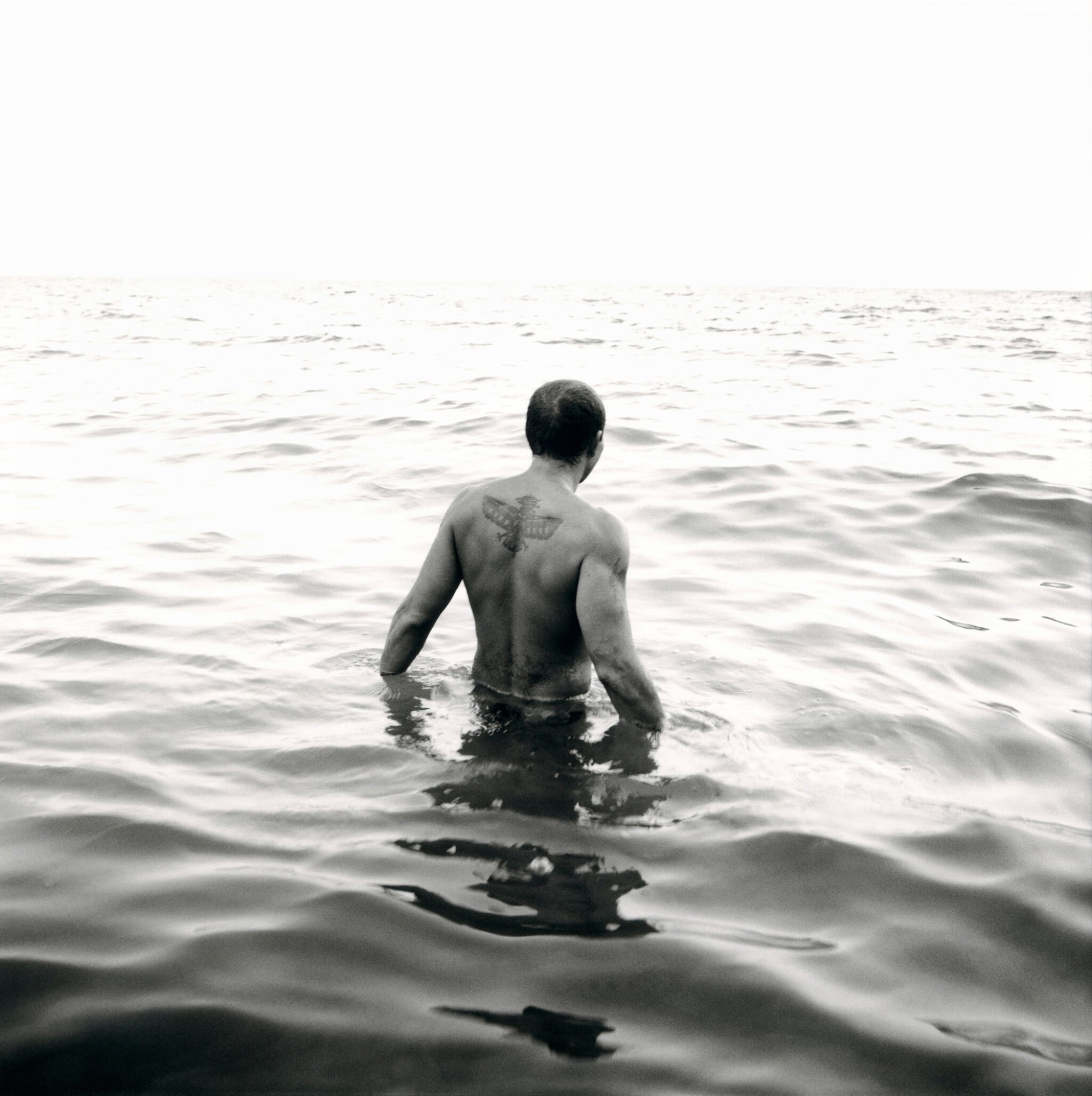 pigment print, framed; accompanied by a signed certificate of authenticity. No. 2 in an edition of 6.

While unexamined outside its frame, this work is in generally excellent condition.

Directly by the artist/Courtesy Flowers Gallery

Yalta is a resort city on the southern coast of the Crimean Peninsula in Ukraine, surrounded by the Black Sea. In Communist times it was the playground of the Politburo, with the party faithful rewarded with a week in a sanatorium housed in a former Imperial palace. The local population of 100,000 would swell to over a million in the summer as Soviets flocked to its spas and beaches. After the collapse of the Soviet Union and years of neglect, at the turn of the millennium Yalta once again became a popular holiday resort for ordinary Ukrainians. Thanks to the Yalta Conference in 1945, the city fashioned an image as a symbolic place of peace and compromise - Roosevelt, Churchill and Stalin met here to divide the spoils of World War II - however, in 2014, Russia annexed the Crimea, claimed it as their territory and most recently have used it as a military post to attack the rest of Ukraine.

With special thanks to Spectrum printers and Daniel Gibson framers

*The Consignor is donating 100% of the hammer price from the sale of this and other designated artworks, to be sold during Sotheby’s Contemporary Discoveries online sale held from May 13-19, 2022, to the International Rescue Committee (IRC), a not-for-profit humanitarian aid organization that is helping to support families affected by the crisis in Ukraine. In addition, in relation to these designated artworks, Sotheby’s will donate 1) 100% of its Overhead Premium to IRC, and 2a) where the artwork is consigned by Ukrainian artist(s), 100% of its Buyer's Premium to such artist(s), and 2b) for all other artworks, its Buyers Premium, after deducting expenses, to IRC. No portion of the purchase price is tax-deductible. For more information about the IRC, visit www.rescue.org