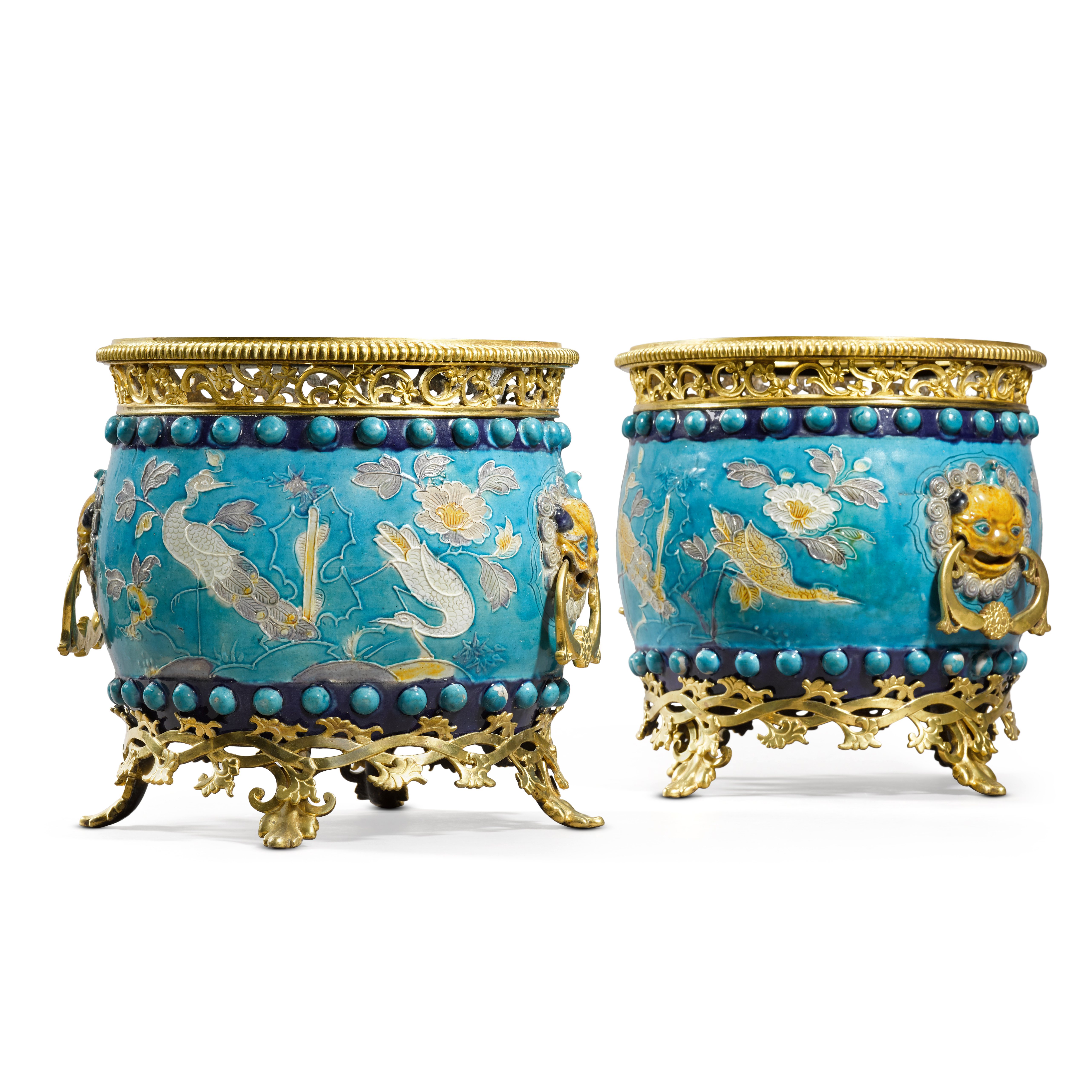 in barrel-shape, decorated with cranes and lotus, each stool with a lion mark holding a gilt handle

In overall reasonable good condition with typical old marks and scratches consistent with age and use. One side with the gilt-bronze handle detached and the lower section of the mask broken off (both the detached handle and broken mask would benefit from further attention).

The earthenware, probably deriving from a Chinese stool, has not been examined under UV light, but it is not showing any obvious damages apart from a few losses, one break to a mask as mentioned above and rubbing to painted surface.

The earthenware of these charming vases was adapted from Fahua stools which of this type were made in China for both indoor and outdoor use in gardens and courtyards. Known in a variety of media, they were modeled in the shape of drums, with prominent nail heads originally used to keep the skin of the drum stretched.

Very few Fahua stools were adorned with French gilt-bronze mounts during the 18th century, with few examples recorded: one from the former collection of the Duke d'Aumont bought by King Louis XVI in 1782 (Versailles, inv. T 423 C), one sold in Paris at Sotheby's, 15 December 2010, lot 93 (960,750 EUR) and another Fahua stool was included in the Beurdeley sale, 6 May 1895, lot 6.