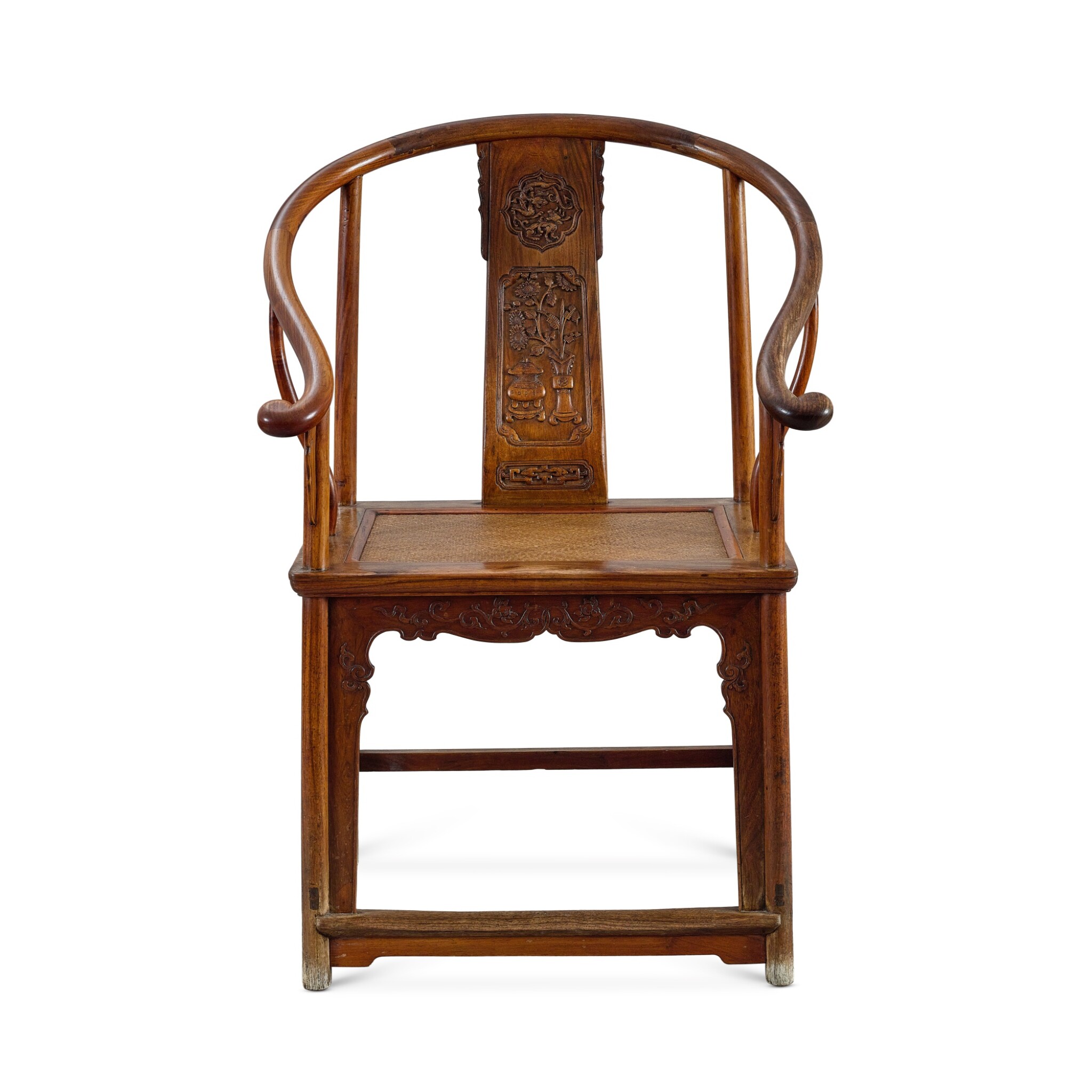 There are two repaired breaks to the uppermost scarf joins of the crest rail with parts of the rail later replacements. One back posts with a small repaired split. It is possible that both S-form side posts are replaced. The back apron as well as the front and side lower aprons have all been replaced.

Please note that this lot contains endangered species. It is the responsibility of the buyer to obtain any export or import licences and/or similar documentation that may be required. 請注意此拍品含有黃花梨。買家須負責取得任何有關之進出口許可證。
Schoeni Art Gallery, Hong Kong.
Sotheby's New York, 17th September 2013, lot 207.

This armchair with its elaborate and distinctive carving appears to be one of a larger set. The additional backsplat with this lot makes two. Another currently in the Minneapolis Institute of Arts is illustrated in Robert D. Jacobsen and Nicholas Grindley, Classical Chinese Furniture in the Minneapolis Institute of Arts, Minneapolis, 1999, p. 64, no. 14, and a pair, formerly from the Collection of William Haynsworth, sold in these rooms 10th October 1987, lot 497.

Other examples of horseshoe-back armchairs with comprehensively carved backsplats containing antiquities and flowers may be seen in Michel Beurdeley, Chinese Furniture, Tokyo, 1979, p. 78, no. 99. A slightly more ornate example in the Palace Museum is illustrated in Hu Desheng, A Treasury of Ming and Qing Dynasty Palace Furniture, Vol. 1, Beijing, 2007, p.95, no. 70. Finally, a related pair from the Sackler Collection was sold in our New York rooms 16th September 2009, lot 15.