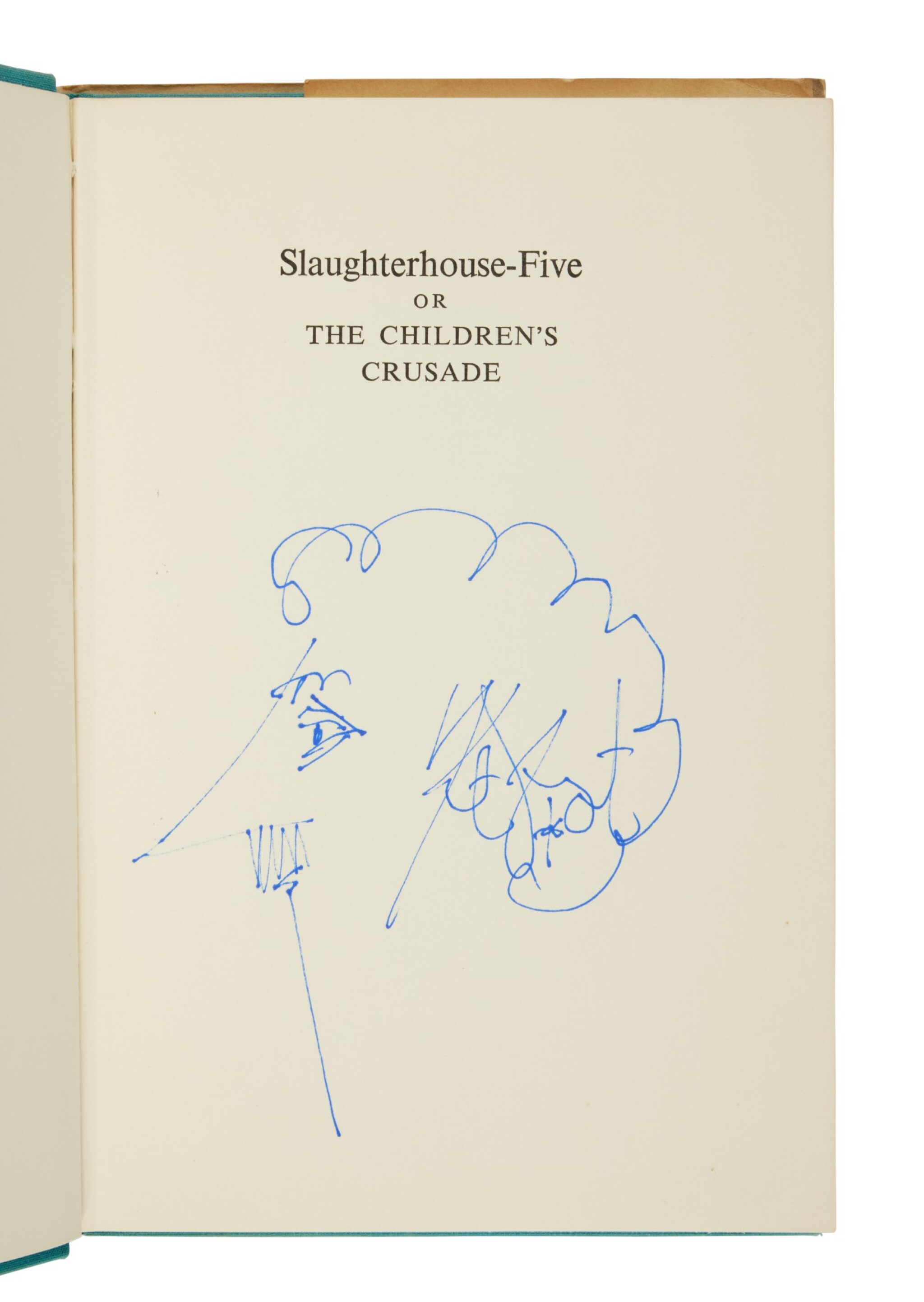 8vo (214 x 140 mm). Signed on the half-title. Publisher’s blue cloth, spine and boards gilt lettered, in the original printed dustjacket, with photographic portrait on the rear panel, black endpapers; dustjacket somewhat toned, more so at the spine, with one or two strays stains. Housed in a black clamshell box.

First edition, signed by Vonnegut with his characteristic self-portrait on the half-title. A classic of twentieth-century American literature, in which Vonnegut drew from his experiences as a prisoner of war in Dresden, where he survived the fire-bombing of the city by taking refuge in a meat locker of the slaughterhouse in which he was imprisoned.