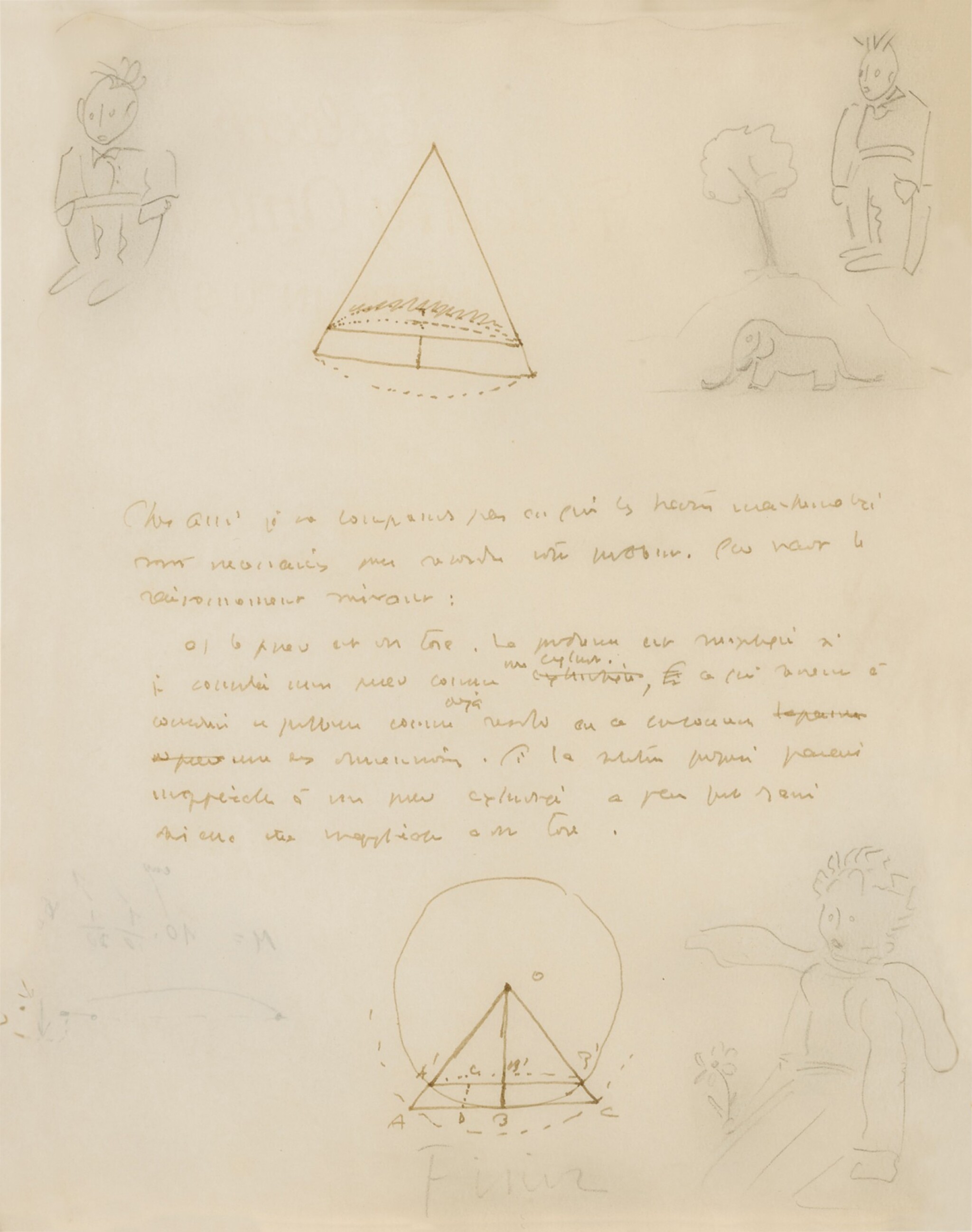 Autograph draft letter to a friend, with mathematical diagrams and pencil drawings of the Little Prince. [Np, nd]

1 page, 4to (265 x 208 mm). Accomplished in sepia ink and pencil; minor browning to outer edges, one spot to top left. Handsomely matted, framed, and glazed; not examined out of frame.

This manuscript boasts sketches of the Little Prince in three of its corners: in one the Prince stands alone; in the second he stands above a tree-topped hill, and near an elephant (from the book); in the third he is sitting, wearing a scarf and holding a daisy. The draft of the letter in the center of the page is addressed "Cher ami," and continues a discussion regarding mathematical problems related to a (presumably aircraft) tire. The discussion is supported by two diagrams drawn by Saint-Exupéry at the top and bottom of the page.

The Little Prince is one of the most beloved children's books of all time, and its protagonist one of the most iconic. The plot of the novella drew heavily on Saint-Exupéry's own experience of crashing his aircraft in the Sahara in 1935. Through its exploration of loneliness, friendship, love, and loss, The Little Prince has become a revered text, offering insight about life, adulthood, and human nature.

Despite his age and health, Saint-Exupéry had been able to join the American forces as a reconnaissance pilot, and in March of 1943—the same year that The Little Prince was published—he received his embarkation papers for North Africa. On 31 July 1944, Saint-Exupéry disappeared during a flight over southern France.

The present manuscript is remarkable as it offers direct evidence of Saint-Exupéry's life as an author and as an aviator, capturing two of his greatest achievements in one document.

A rare and whimsical piece