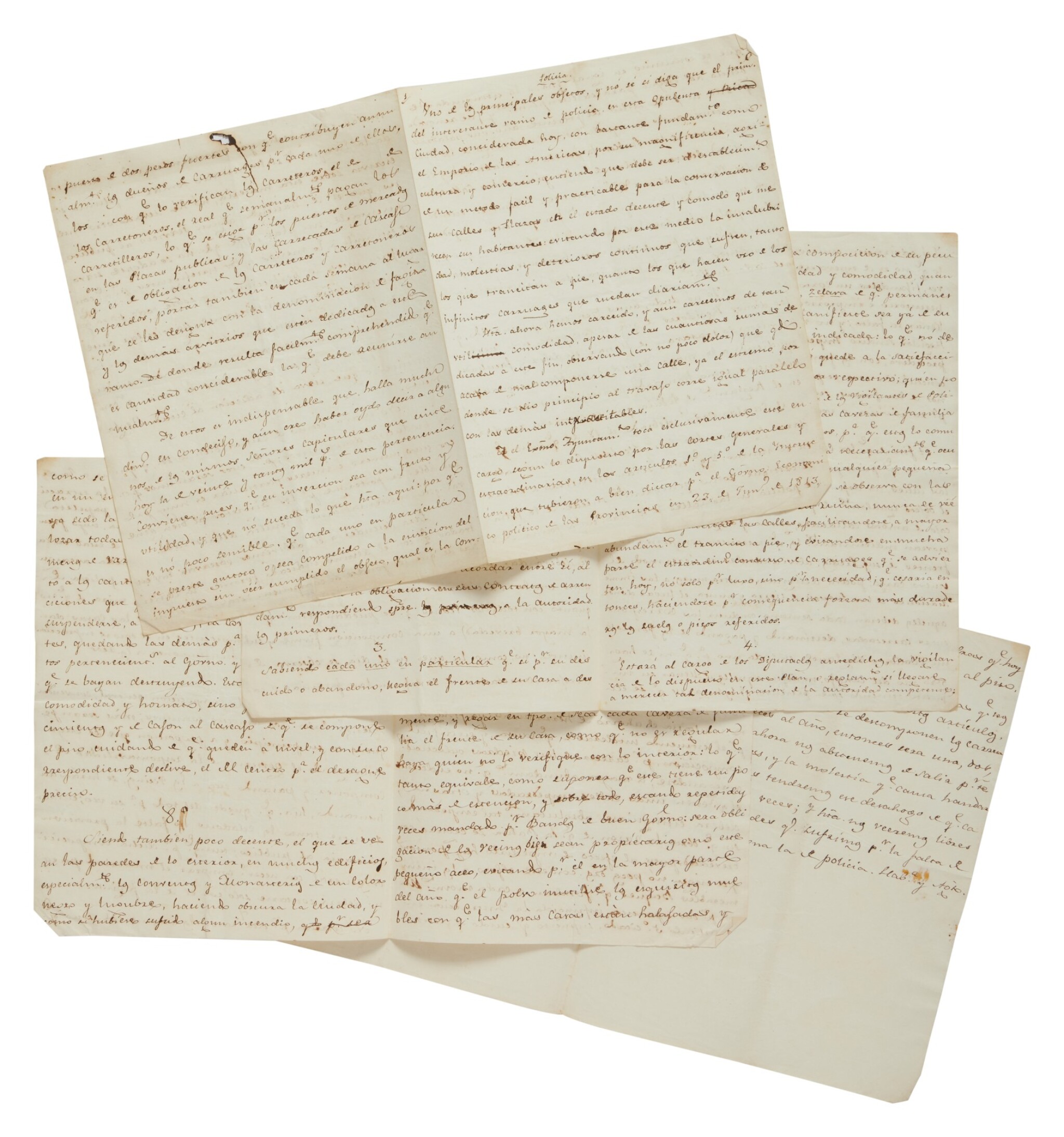 Lacarrière Latour, born in 1778 in Aurillac, France, trained as an architect and served as an engineer in the French army in Saint Domingue, before immigrating to America. He worked variously as an architect, businessman, city planner, and military engineer in New York City and Louisiana from 1805 to 1815—and through his military work, he contributed to the American victory at the Battle of New Orleans. He eventually moved to Cuba, where though he worked primarily as an architect, he was evidently also employed by the Spanish government to survey and report on the status of several important colonial cities, especially Havana and Vera Cruz.

The present archive contains these reports, in which he documented the economy, agriculture, and development plans of the colonies. Among the autograph manuscripts are: A 16-page report (incomplete at end), presumably written in Havana, describing the city's harbor, the development of its economy from 1815 to 1821, agriculture, trade with Europe, colonies in the United States and South America, as well as a discussion of Havana's possible growth; "Note sur les sucreries de l'le de Cuba," a 5-page, undated report featuring extensive details on Cuba's sugar industry; "Note sur le Port et la ville de Vera Cruz," a 5-page, undated report, presenting a plan to develop and protect the harbor of Vera Cruz; "Note sur le Fondeadero de Anton Lizardo," a 3-page, undated report on the plans to develop Fondeadero de Anton Lizardo as a military harbor; as well as numerous other reports on public health, development plans, and the topography of the areas.