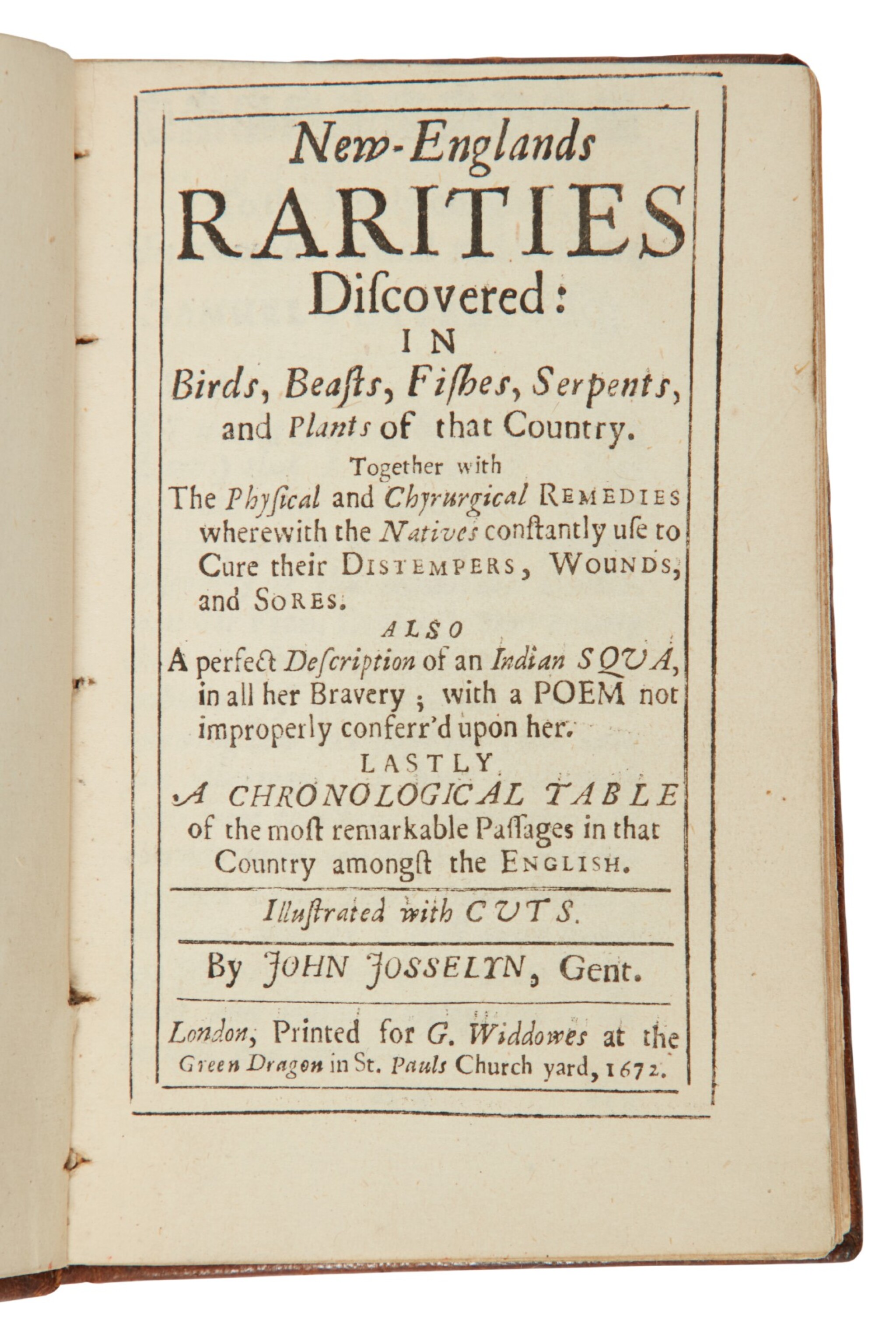 First edition of "the earliest work on the natural history of New England" (Vail), much of it forming a description of herbal remedies among the Indians, many of which were adopted by the new inhabitants. This work contained the first woodcuts depicting native plants, as well as descriptions of the black bear, rattlesnake, sperm whale, and the turkey.

The "Description of an Indian Squa" with an accompanying poem, praising black beauty above white, occurs on pp. 99–102. The author had accompanied his father to New England in 1638; in 1663 he made a second visit, joining his brother in Maine for almost eight and a half years.

Present here is the preliminary blank, often lacking, as well as the folding plate depicting a lavender plant, and 14 page "Chronological table" at the end, which details the history of New England from Cabot.