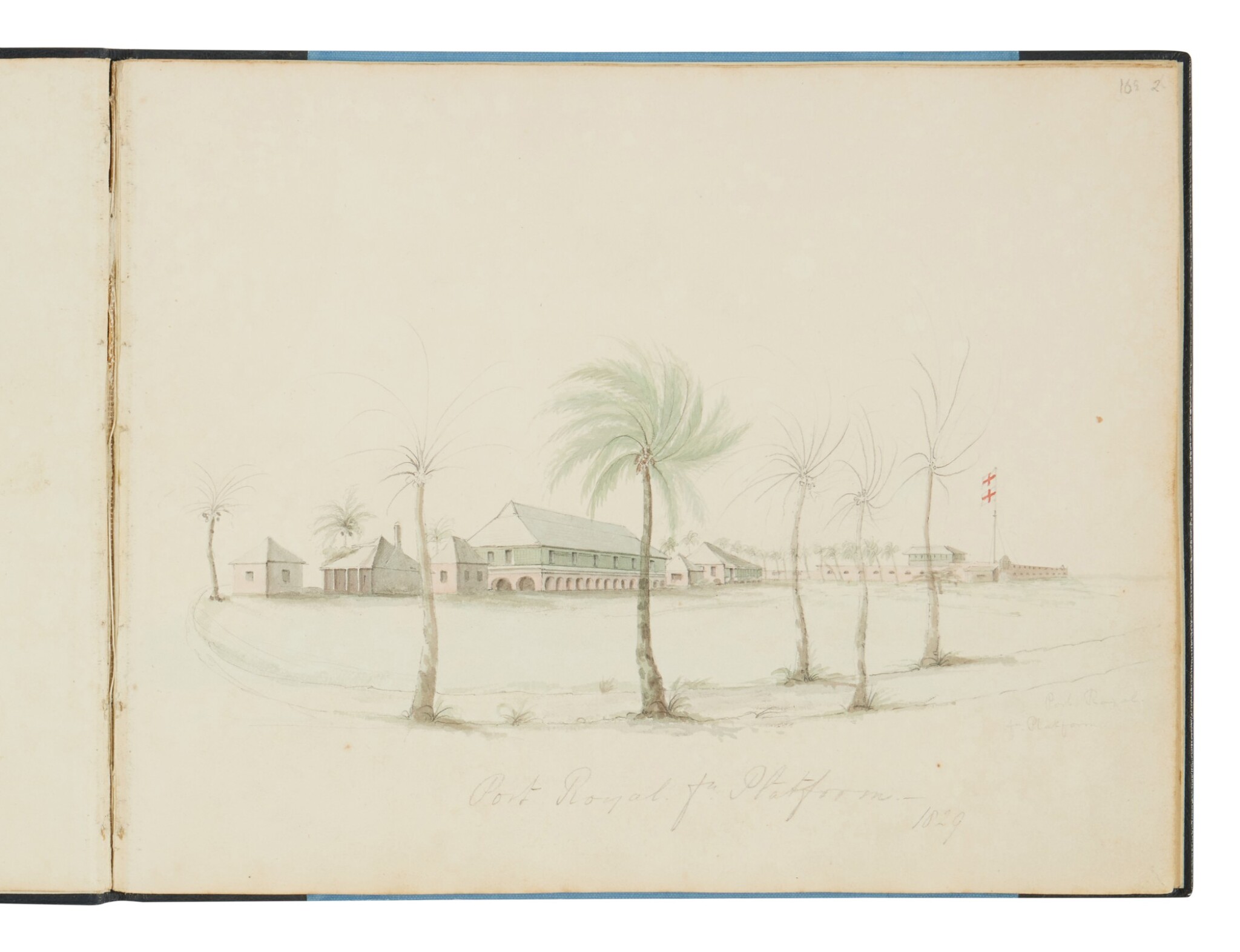 (Jamaica and the Bahamas)

Small folio (300 x 240 mm). Accomplished pencil and watercolor coastal views, including one single and two double-page of Port Royal, Jamaica, and one double-page of New Providence, each titled in pencil and with the major buildings of New Providence as seen from the ocean identified. Clean and unspotted. Evidently extracted from a larger album and bound in modern blue half morocco.

English settlements in the Caribbean. The artist responsible for these very accomplished early nineteenth-century sketches is unclear, though the gilt title on the modern binding identifies him as George Ramsay, Earl of Dalhousie. Ramsay was a Colonial administrator in Canada, and did employ a draughtsman who depicted the landscapes there, but we are unable to place Ramsay so much further south at this time.