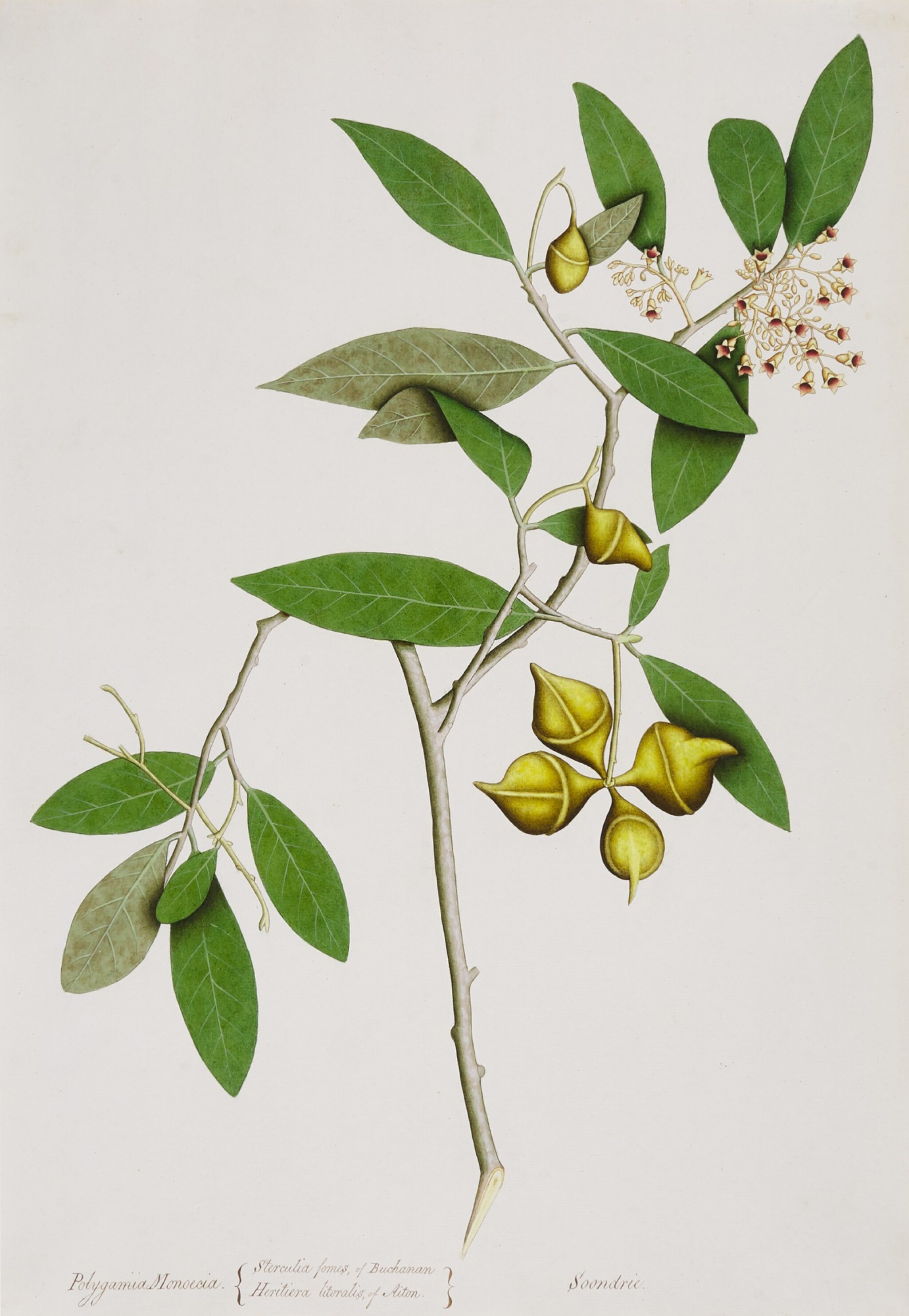 the second inscribed ‘Pentandria Monogynia. / Ipomea tuberculata of Buchanan.’ at lower left on the recto, the verso inscribed in pencil by Francis Buchanan ‘No 4 / Pentandria monogyria / Ipomia tuberculata Buch:/ it seems to be the same with no 17.’;

The detailed and carefully executed drawings in the present lot are the work of local Indian artists trained in the Mughal tradition who had migrated from provincial courts to seek European patronage in the late eighteenth/early nineteenth century. The drawings were probably made at the Botanic Garden at Sibpur, on the west bank of the Hooghly near Calcutta, set up by the East India Company. Botany had become a fashionable hobby in the late eighteenth century, partly because of the work of Carl von Linné, a Swedish botanist also known as Carolus Linnaeus (1707-78), who had created a new system of classifying plants. This led to an increase in the production of lavishly illustrated publications in Britain depicting large botanical studies with minimal text.

Four botanists are referred to in the inscriptions – Linnaeus, Buchanan, Aiton and Roxburgh. One of the drawings is inscribed on the reverse in pencil in the hand of Francis Buchanan (1762-1829) who was a surveyor of parts of the East Company’s territories. He was appointed personal physician to Lord Wellesley (Governor General of India, 1798-1805) in Calcutta in 1803 and subsequently put in charge of Wellesley’s private menagerie at Barrackpore, north of Calcutta. William Aiton (1731-93) was the official gardener at Kew Gardens under Sir Joseph Banks. William Roxburgh (1751-1815) took over as the Superintendent of the Sibpur botanical garden in 1793. He is known to have commissioned several Indian artists to produce watercolours of local flora.

These drawings were formerly in the collection of Edward Smith Stanley, 13th Earl of Derby (1775-1851). He was president of the Linnean Society in London from 1828 to 1834 and president of the London Zoological Society from 1831 to 1851. With a keen interest in natural history, he is known to have had a large collection of horticultural books, prints and drawings at Knowsley Hall, Merseyside. The drawings were mounted and bound in an album around 1810 when they were at Knowsley Hall. Eight other studies of flowers from the album were sold at Christie’s London, West ~ East – The Niall Hobhouse Collection, 22 May 2008, lot 360.