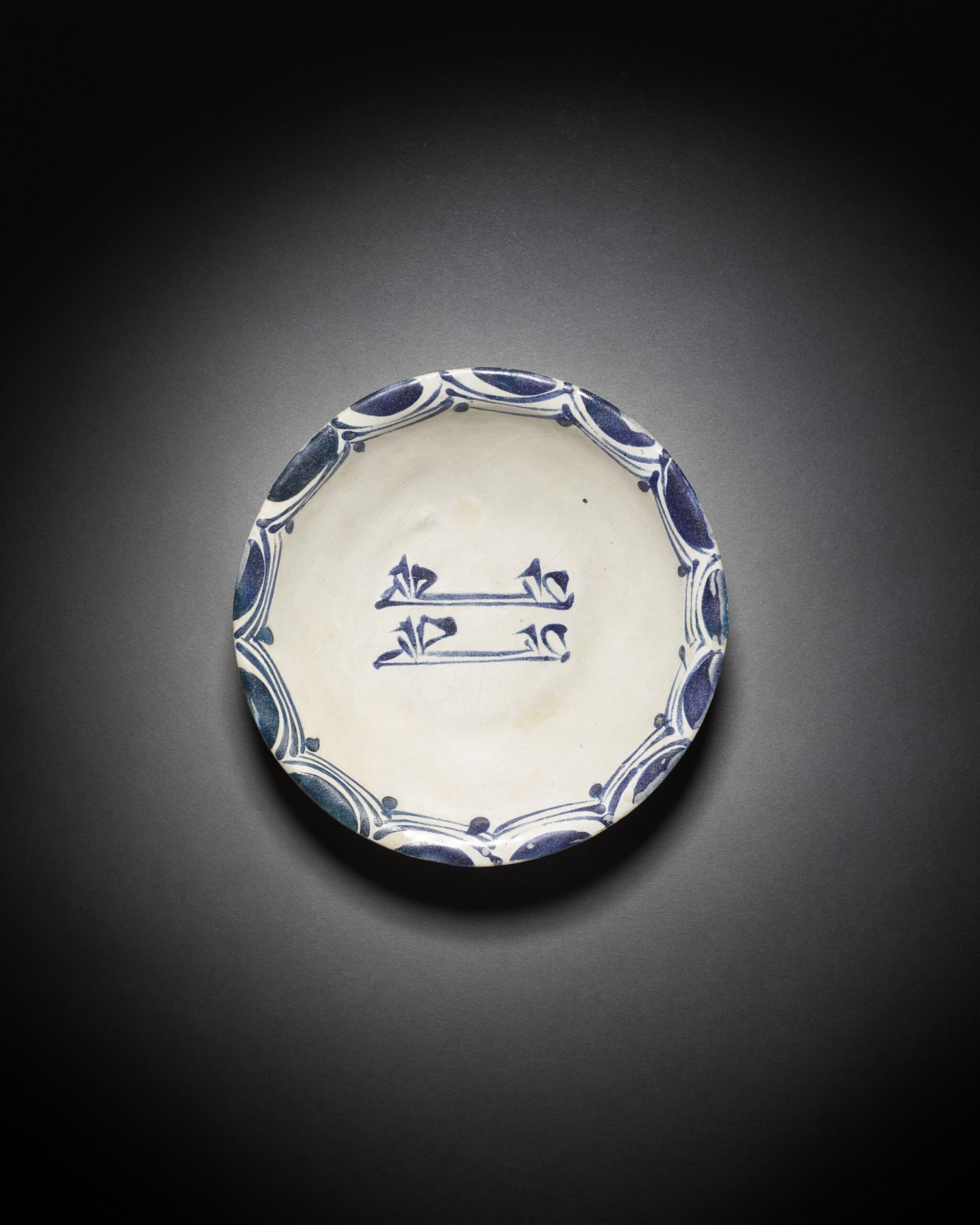 of deep round form with a slightly everted rim, the earthenware body painted in blue on an opaque white tin glaze, featuring a central inscription written twice, the rim decorated with curved arches and dots, the exterior plain

In fair condition, broken and restored, with associated repainting and spraying, as viewed.

While the shape imitates a Chinese prototype, the use of cobalt blue is a novel departure that was to have a profound and long-lasting influence on world ceramics. The application of cobalt directly into the raw glaze creates a soft impression, described by Arthur Lane as "like ink on snow" (A. Lane, Early Islamic Pottery, London, 1947, p.13).