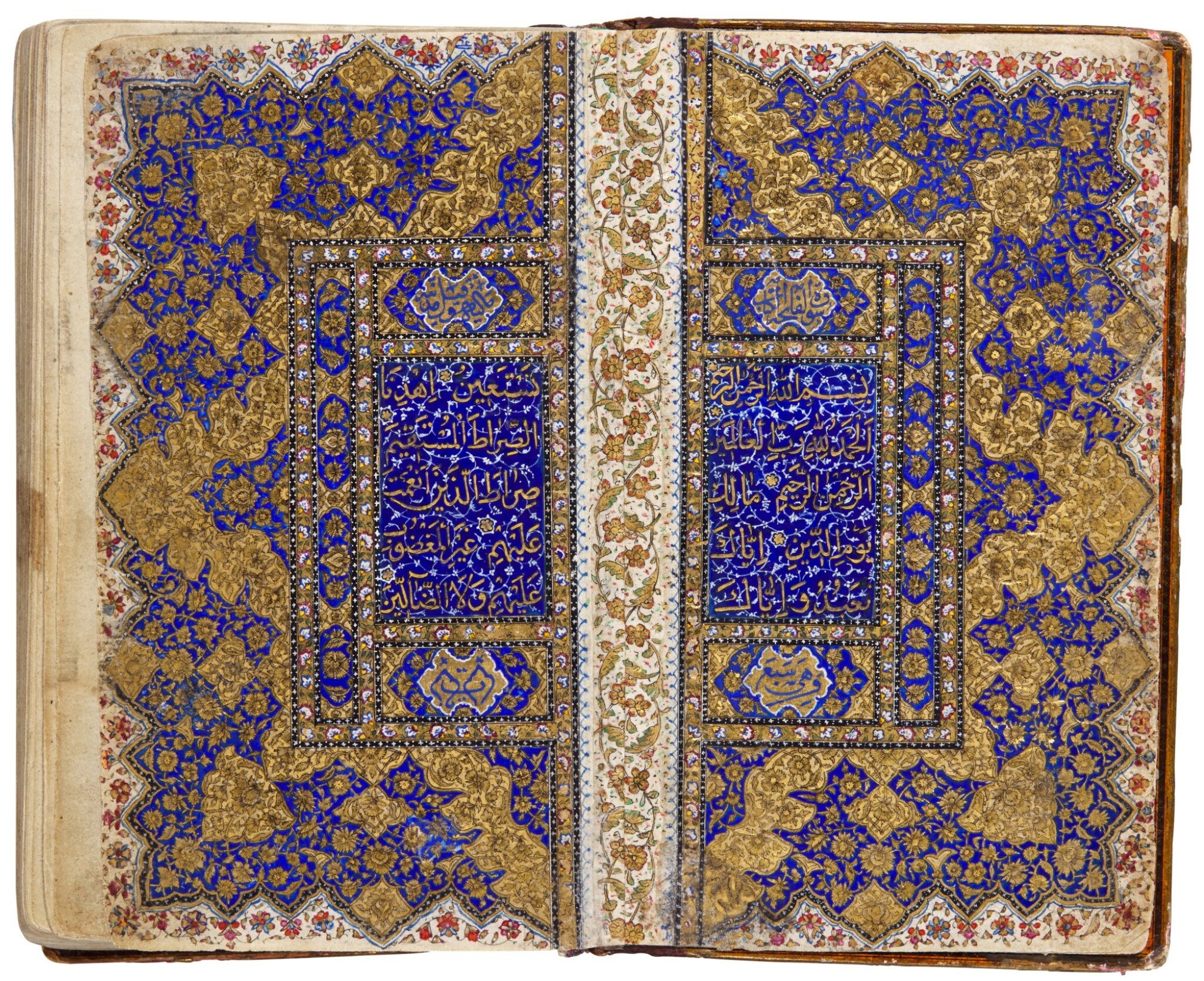 Arabic manuscript on gold-speckled paper, 311 leaves, plus 3 fly-leaves, 15 lines to the page, written in naskh in black ink, ruled in blue and gold, verses separated by gold roundels, surah headings in blue within illuminated panels, gold and polychrome marginal devices, marginal commentary in black nasta'liq within clouds against a gold ground, f.1b and f.2a with an illuminated frontispiece, the following bifolio with illuminated headpiece surmounting text in clouds against a gold ground, f.311b with colophon, signed and dated, in lacquer binding decorated with flowers, lacquer doublures with floral boteh

In very good condition overall. The folios are clean throughout with some minor smudging and occasional surface abrasions. The binding is stable. The lacquer has small spot losses and the spine has been restored, as viewed.

After Akbar’s annexation of Kashmir in 1586, many of the most talented Kashmiri scribes emigrated to the Mughal court. However, by the eighteenth century, after the conquest of Kashmir by the Durrani Afghans, Kashmir re-emerged as the centre of book production. In 1831, French traveller Victor Jacquemont records that there were between seven and eight hundred copyists in the region (Bayani, Contadini and Stanley 1999, p.228).

Despite the large number of scribes, signed and dated manuscripts from Kashmir are rare. The gold and blue palette is typical of Kashmiri production, but the striking cobalt-blue ground of the frontispiece is a more unusual feature. This is also found on the illuminated frontispiece of a signed and dated Kashmiri Qur’an sold in these rooms, 23 October 2019, lot 62 and another, although lacking both a date and the name of the scribe, that was sold at Christie’s London, 6 October 2011, lot 431.