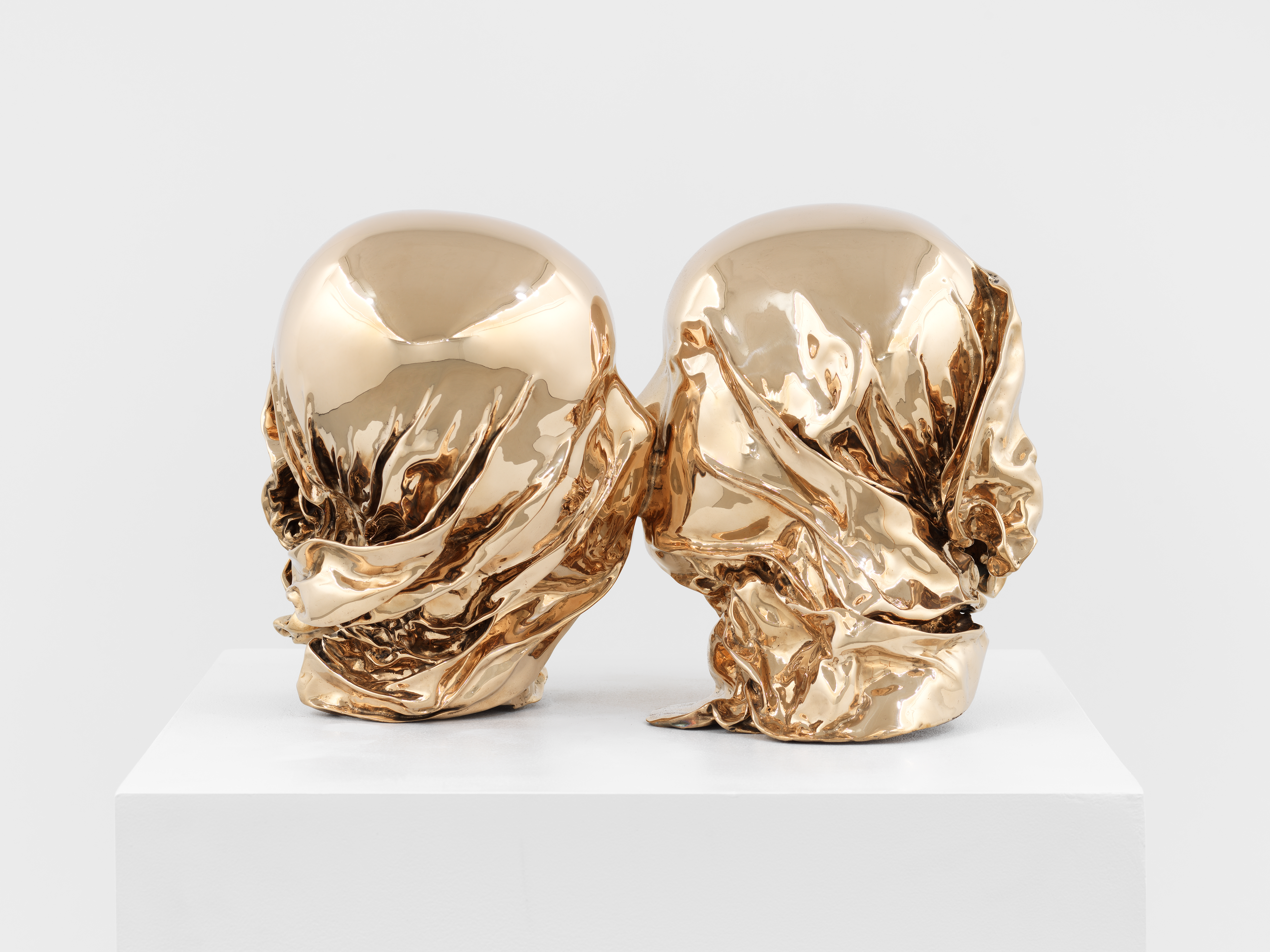 The piece is modeled after the Magritte painting The Lovers. It is a part of Hank’s Punctum series, which is derived from Roland Barthes’ photographic theory of punctum, referring to the detail in an image that pierces or wounds the viewer, creating a direct relationship with the object or person within it. Hank uses this concept to select or reframe areas of the image which he then turns into 3 dimensional, photo/image-derived sculptures. By isolating certain aspects within an image, he is concerned with what is left in and out of the frame and the forms of aesthetic information that can be derived from isolating parts of an image.

In using The Lovers as his source of inspiration, Hank emphasizes the isolation that we all felt in different stages of the Pandemic and a renewed need for intimacy and connection as a result.

His collaborative projects include Question Bridge: Black Males, In Search Of The Truth (The Truth Booth), The Writing on the Wall, and For Freedoms. In 2017, For Freedoms was awarded the ICP Infinity Award for New Media and Online Platform. Thomas is a recipient of the Gordon Parks Foundation Fellowship (2019), The Guggenheim Fellowship (2018), AIMIA | AGO Photography Prize (2017), Soros Equality Fellowship (2017), Aperture West Book Prize (2008), Renew Media Arts Fellowship from the Rockefeller Foundation (2007), and the New York Foundation for the Arts Fellowship Award (2006). He is also a member of the Public Design Commission for the City of New York.

Thomas holds a B.F.A. from New York University, New York, NY (1998) and an M.A./M.F.A. from the California College of the Arts, San Francisco, CA (2004). He received honorary doctorates from the Maryland Institute of Art, Baltimore, MD and the Institute for Doctoral Studies in the Visual Arts, Portland, ME in 2017.

In 2019, Thomas unveiled his permanent work "Unity" in Brooklyn, NY. In 2017, “Love Over Rules” permanent neon was unveiled in San Francisco, CA and “All Power to All People” in Opa Locka, FL.