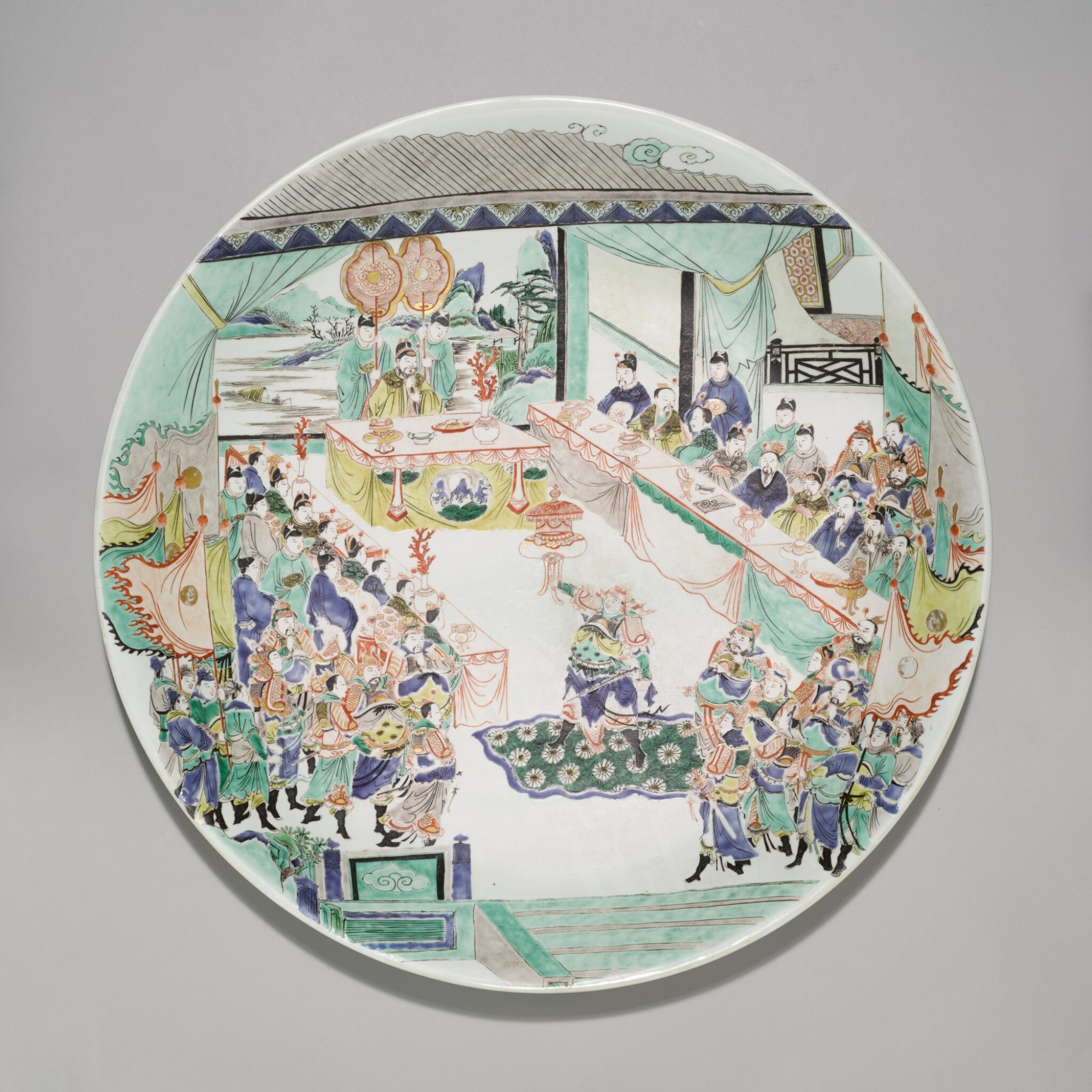 Property from a European private collection

This awe-inspiring charger, superbly painted with vivid enamels of the famille verte palette with a lively and dense scene of a lavish court banquet, is a particularly fine example of a distinguished group of large dishes created during the Kangxi period (1662-1722). With the composition extended to the edge of the plate, they represent veritable paintings on porcelains. When compared to its counterparts, the enamelling of the present piece is exceptionally impressive for its wealth of colour and meticulous detail. Another noteworthy feature of the present piece is the extensive application of blue enamel across the dish. Since blue enamel had only been developed during the Kangxi reign, the colour scheme of this charger might have been devised specifically to exhibit the new colour that recently became available.

The scene on this large charger depicts the story of 'The Contest of Treasures of Lintong' dating from the Spring and Autumn era (772 - 481 BC) and popularized by the Yuan dynasty play Lintong Dou Bao.

The story tells the tale of a competition organized by Prince Qin Mu of Qin country to conquer and intimidate his neighbours, whereby each feudal prince was to display the weath of his country. At this competition Wu Zi Xu, Prince of Chu country, displayed intelligence and strength, and earned the respect of all the other feudal princes by holding up for display 'a thousand jin heavy ding'. Thus, Wu Zi Xu was able to save his country from the threat of Prince Qin Mu.