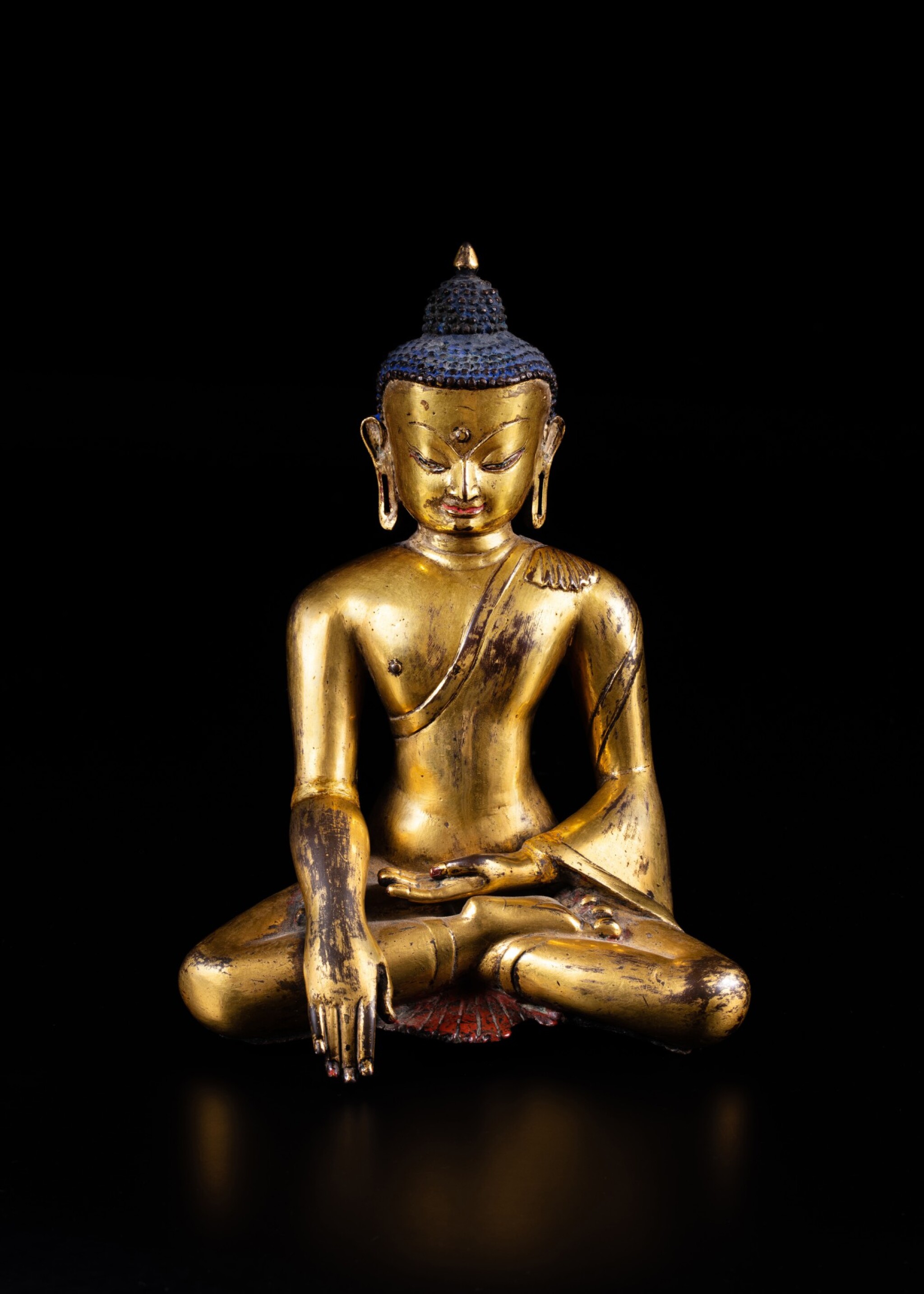 Property from an important private collection

A gilt-bronze figure of Buddha Shakyamuni

The right forearm, the left hand and a small area to the top of the back are restored. There is a dented area to the bottom of the back. General surface wear, overall casting flaws and losses to the gilding.

The finely modelled and richly fire-gilded statue depicts the iconographic form of Shakyamuni in which the historical Buddha is seated with legs folded in the yogic meditation posture (vajraparyankasana) and the right hand reaching forward (bhumisparsha mudra), recalling the episode in which he triumphs over Mara and his horde of demons (maravijaya) just prior to his enlightenment, and touches the earth to bear witness to his triumph. Although the modelling of the statue is ultimately derived from Nepalese traditions, the style of the face is uniquely Tibetan with slanting eyes, aquiline nose, and a square protruding chin. Traces of matt gold paint on the face and neck, red on the lips, and azurite blue in the tight hair curls of the head and domed ushnisha are indications of Tibetan worship, whereby the statue is enlivened during ritual practice.

The figure was cast independently from a base, as was relatively common in the period. And not uncommon in bronzes modelled in the Nepalese manner is the post-casting tradition of adding a separate section of the robe behind the left arm of a fully robed figure, now missing on this statue, affording the artist access to achieve naturalistic modelling of the torso in the round: for another fully robed figure missing this section see Ulrich von Schroeder, Indo-Tibetan Bronzes, Hong Kong, 1981, pp. 448, pl. 122A. Worth noting also, as is often the case in Tibetan sculpture of this period, that the right arm and the left hand are separately cast and applied. The section of the Buddha’s outspreading robe below the ankles is also separately made and attached post casting.