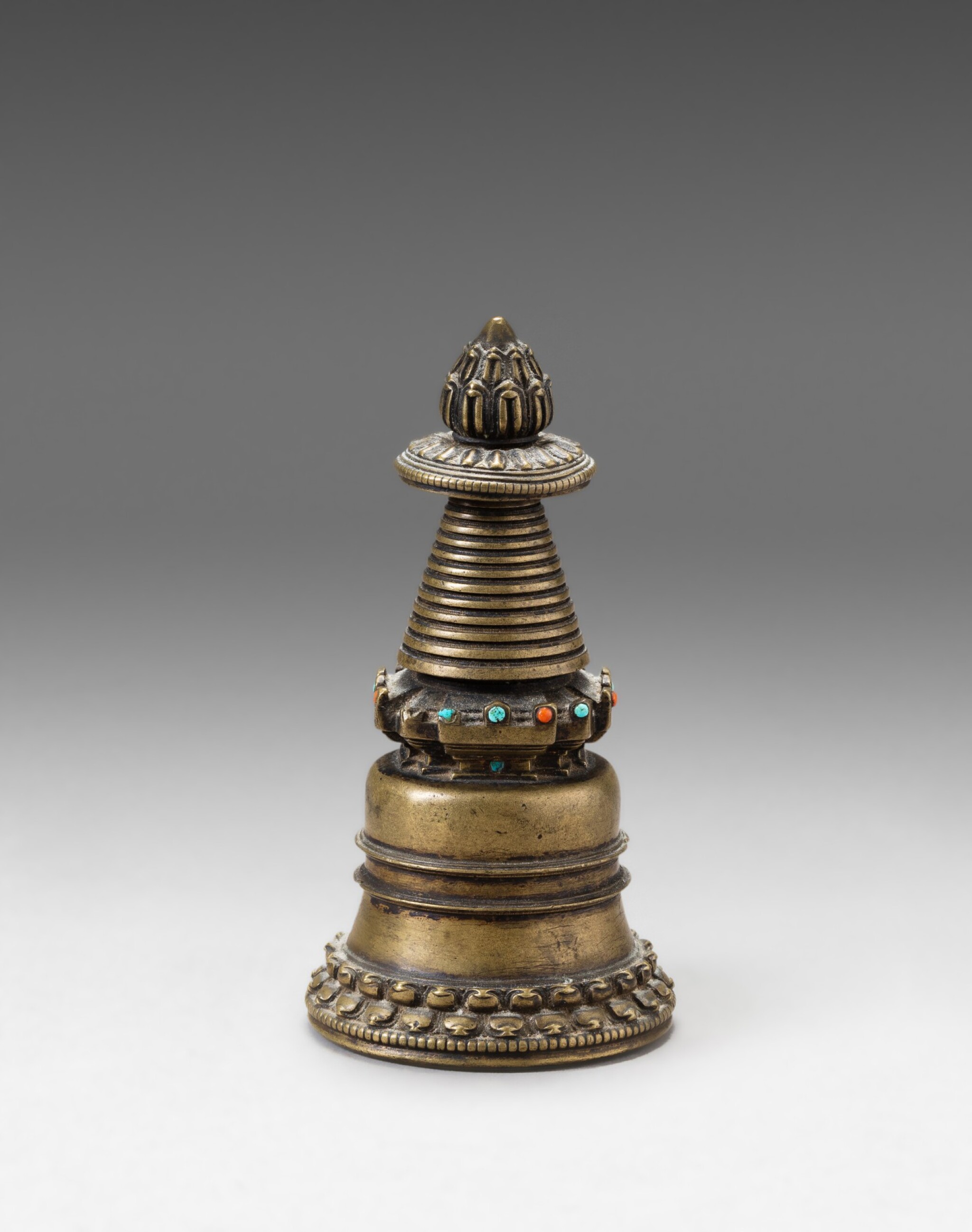 The tiered upper section with closed lotus finial on this stupa is associated with the Kadampa sect which revived Tibetan Buddhism after the 11th century. A bronze stupa, closely related to the present example, is in the British Museum, London (Zwalf 1985, p.139, no.198). Zwalf discusses a further stupa from this group, now in the Newark Museum. Its contents were examined and found to include barley grains, dated by radiocarbon analysis to circa 1230.