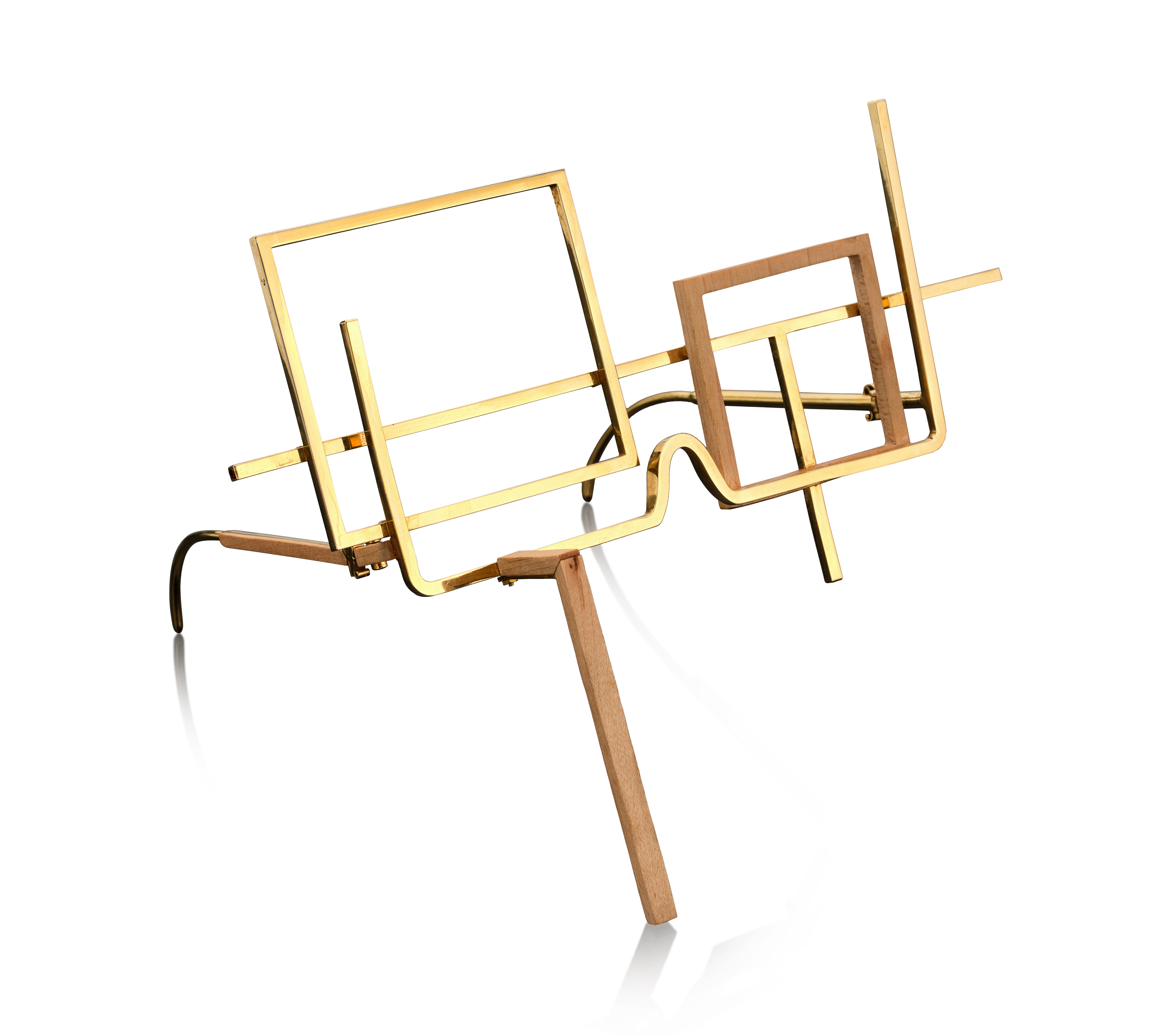 For further information on the condition of this lot please contact Kacie.DeSabla@Sothebys.com

The 'Shostakovich' Eye Jewelry, a clear reference to a composer Revich considers to be one of the greats, is a geometric, disorderly take on Infinite Sound Wave Eye Jewelry, more balanced and generous in its application of straight wires. This young visionary artist is not merely a world-class violinist and composer; in the tradition of many others in this catalog, he is also a designer of eye jewelry. Both this piece and another, Infinite Sound Wave, were exhibited alongside pieces by Kapoor, Bourgeois, and Dalí in 2021 for Bijoux Artistes de Picasso À Koons in Monaco. Revich says that 'Shostakovich' Eye Jewelry is ‘inspired by the edginess, expressivity, discomfort and surreal beauty of music by Shostakovich.’ As he has worn it on the red carpet at Cannes to great acclaim, it is apparent that all of these inspirations come through clearly for both the wearer and viewers.

Yury Revich (b. 1991) is already an accomplished artist, violinist, and composer who consistently breaks new artistic barriers. He made his debut at Carnegie Hall in 2009 at the age of eighteen and has received immense recognition from organizations like the International Classical Music Awards and the ECHO Award (the European analogue of the Grammys). He has a deep appreciation for craftsmanship and played on a 1709 Stradivarius and currently plays on Guarneri from the year 1736. His efforts extend to the philanthropic sphere as well; he is a UNICEF Austria Ambassador and hosts an acclaimed concert series for the organization. But it does not end there: he also directs his creative passion into three-dimensional art, designing what he calls ‘eye jewelry’ — pairs of intriguingly geometric precious-metal glasses that act to draw all eyes to the wearer’s face. His vivacious personality comes through clearly in his art, and we imagine that his creative talents will only continue to expand.