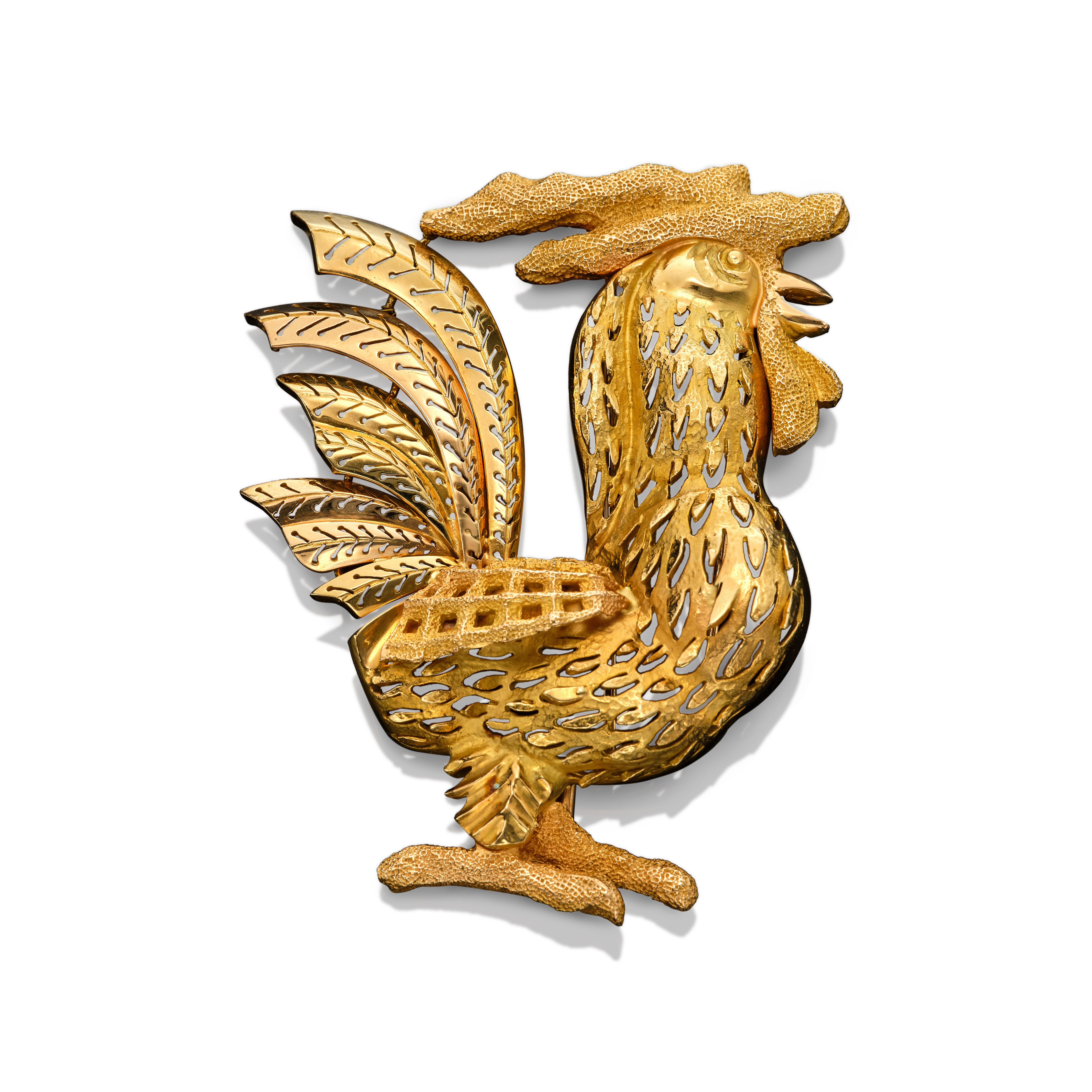 For further information on the condition of this lot please contact Kacie.DeSabla@Sothebys.com

L'École des Arts Joailliers, Paris (acquired as a gift from the above, 2003)

'Valiant and watchful, the cockerel is traditionally seen as the king of the farmyard and the herald of a new day, and was associated with the sun and the sun god Apollo in antiquity. From the Romanesque period onwards, it was placed on church towers to greet the dawn and call worshipers to morning prayers. Owing to its Latin name Gallus, it also became the emblem of the land of Gaul, and later of the king of France and subsequently France itself, a roll it still holds today. This is the proud and noble bird that Jean Lurçat's simmering design alludes to.' – Patrick Mauriès and Évelyne Possémé, Fauna: The Art of Jewelry, Thames & Hudson, London, 2017, pp. 92-93.