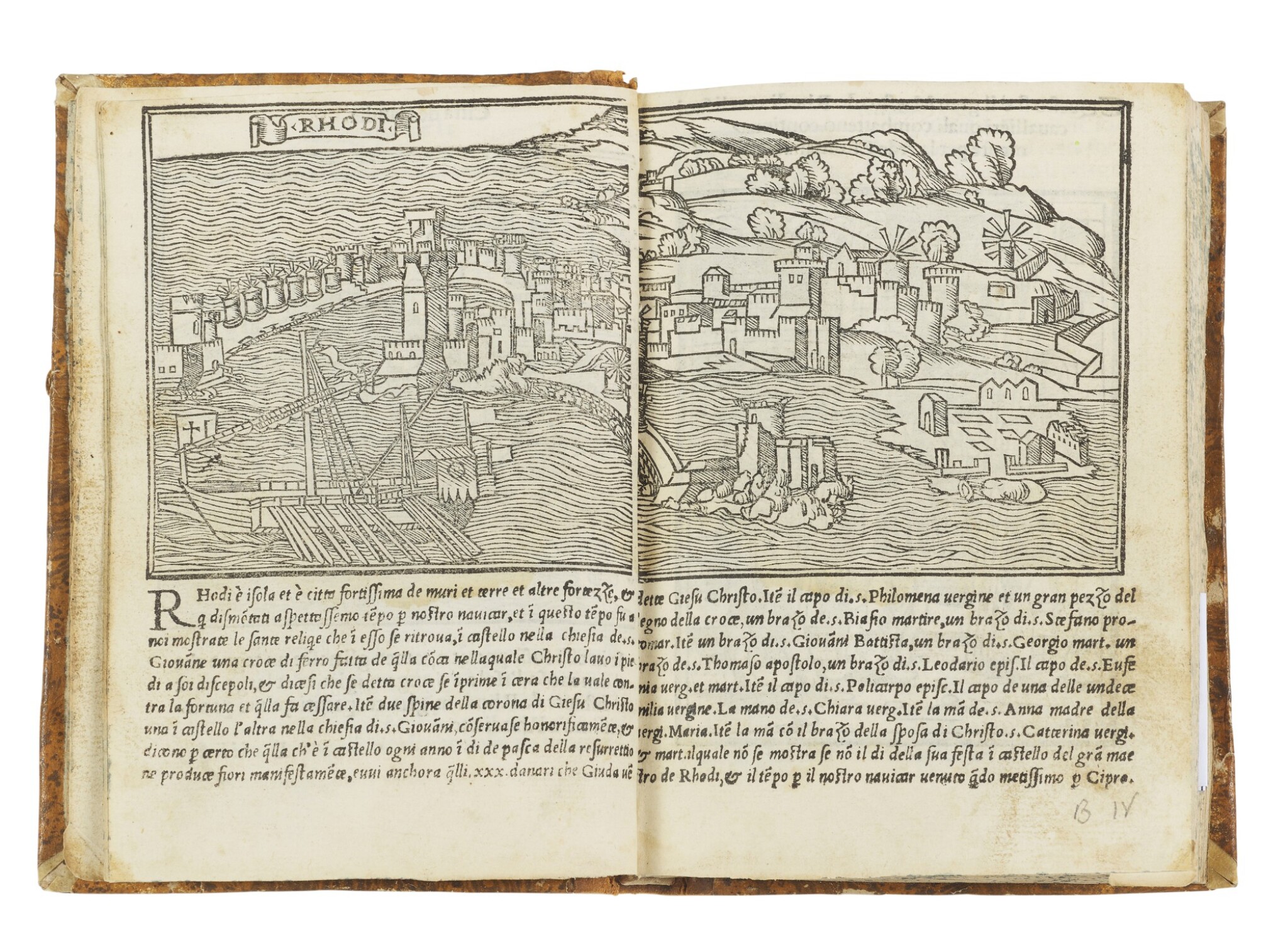 8vo (147 x 100mm.), A-Q8, title printed in red and black with a woodcut view of Jerusalem, numerous other woodcut illustrations and town views (some double-page), a few woodcuts with the initials Z.A. (Zuan Andrea?), A3 with red and black printing, woodcut printer's device on final verso, nineteenth-century calf-backed marbled boards, some staining throughout, inscriptions crossed through on title-page, binding slightly rubbed

﻿RARE. For the first edition of Niccolò da Poggibonsi's account of his pilgrimage from Venice to the Holy Land in the mid-fourteenth century, see lot 162 (Bologna, 1500). It was subsequently reissued regularly by Zoppino from 1518 onwards, including some woodcuts not in the 1500 printing, some of which were much reduced versions of the extensive city views of Corfu, Modon, Crete and Rhodes made by Reuwich for the 1486 edition of Breydenbach's Peregrinatio; some of the other illustrations were also replaced by closer copies of Reuwich's cuts. The 1518 edition was printed by Zoppino, who then reissued it several times (in 1521 and 1524, and again in 1533 and 1538, all of which survive in just one or two copies; perhaps there were more editions that have not survived at all). The 1518 edition added a section on advice for pilgrims, and later editions included more information on how to make the journey, taken from other accounts of similar voyages, as well as a list of Venetian parishes and convents. None of the printed editions included Niccolò's name.