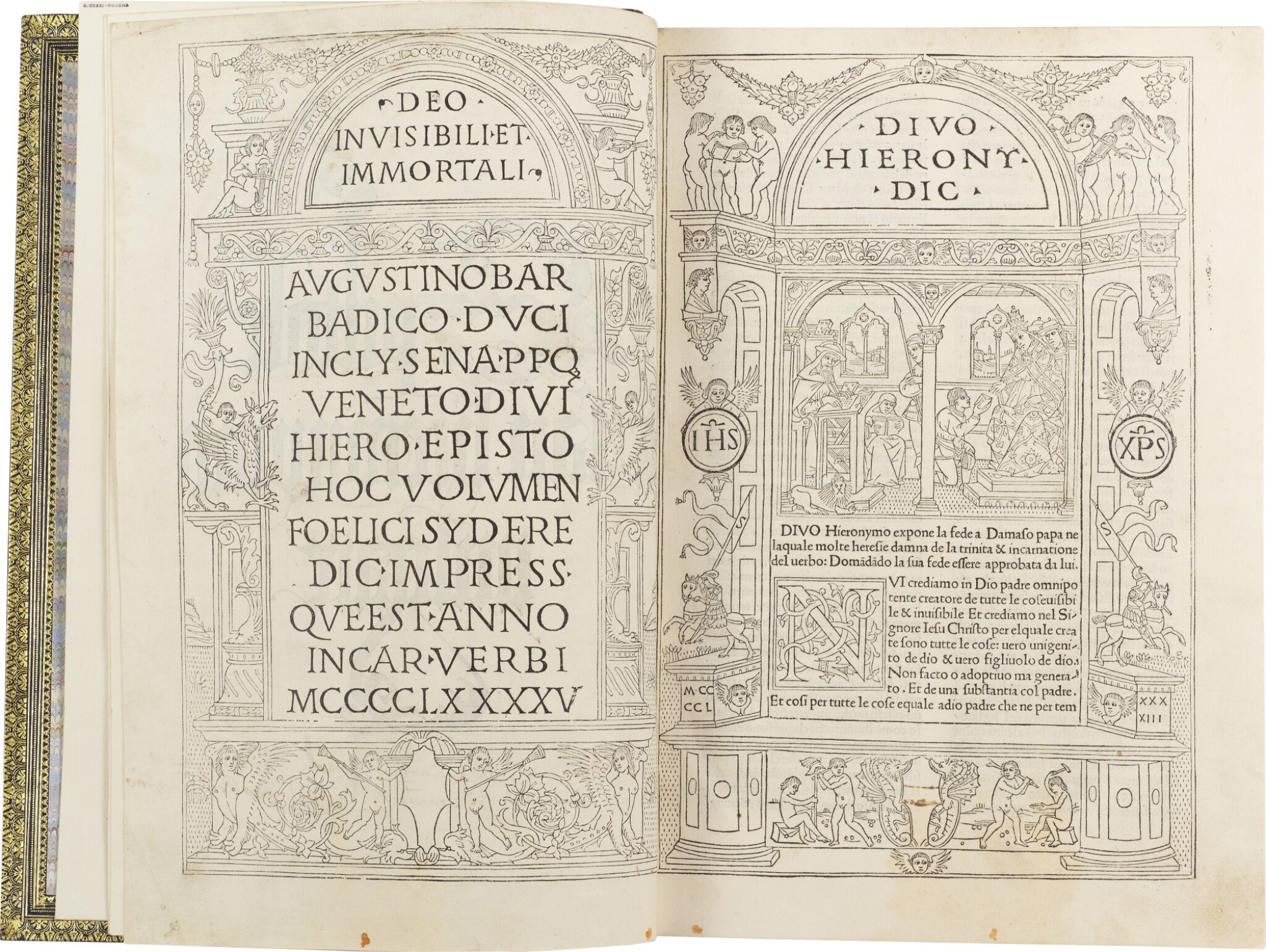 One of the most elegantly illustrated works produced in Ferrara. The printing was financed by the Carmelite friar Giacomo Albertini, but after his death the sheets were inherited by his brethren at the monastery of S. Paolo in Ferrara who sold them back to Rossi.

Several states of the printing are recorded: it seems that the first issue did not contain the preliminary Life of St Jerome, and contained a dedication to one of three notables, Ercole d'Este (dated 1494), Eleanora d'Este (1495), or Doge Agostino Barbarigo (1495). A later version was issued with the Life but no dedication, and the corrected catchword on fol. 244. Mixed editions are also recorded.

This copy does not contain the 4 preliminary leaves with the life of St Jerome, and it has the incorrect spelling of the catchword on fol.244 ("CATNE" instead of "CARNE"), as well as a printed dedication to Agostino Barbarigo.

There are also differences in the woodcuts in each issue. In this copy, the border on a2 incorporates a view of St Jerome writing in his study and the pope being presented with a book.

The translator, Matteo da Ferrara, is named in the text above the colophon.