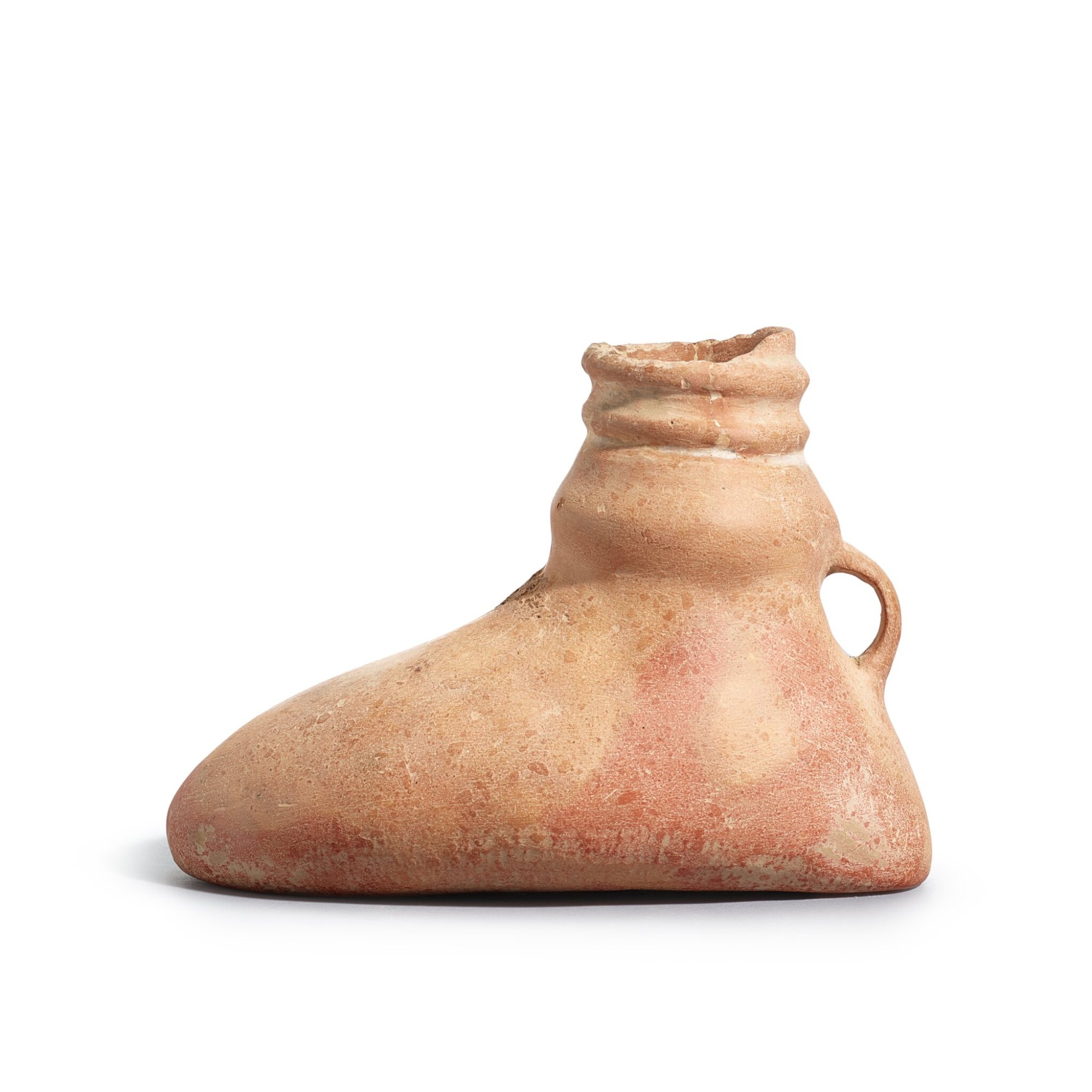 There are some minor nibbling to the rim and overall some consolidated firing cracks.

The present vessel, modelled after a low boot, is also known as a 'nesting bird' form as related forms were also found in pottery jars from the Banshan phase. There are, however, similar vessels sculpted with toes and hence attributed directly to the form of a human foot. See a closely related example dated to Majiayao culture, Machang phase, exhibited in An Exhibition of Prehistorical Painted Pottery, National Museum of History, Taipei, 1996, cat. no. 219, where the ankle part of the boot was painted with lines to represent loose folds of the sock, in opposed to modelled grooves as in the present piece.