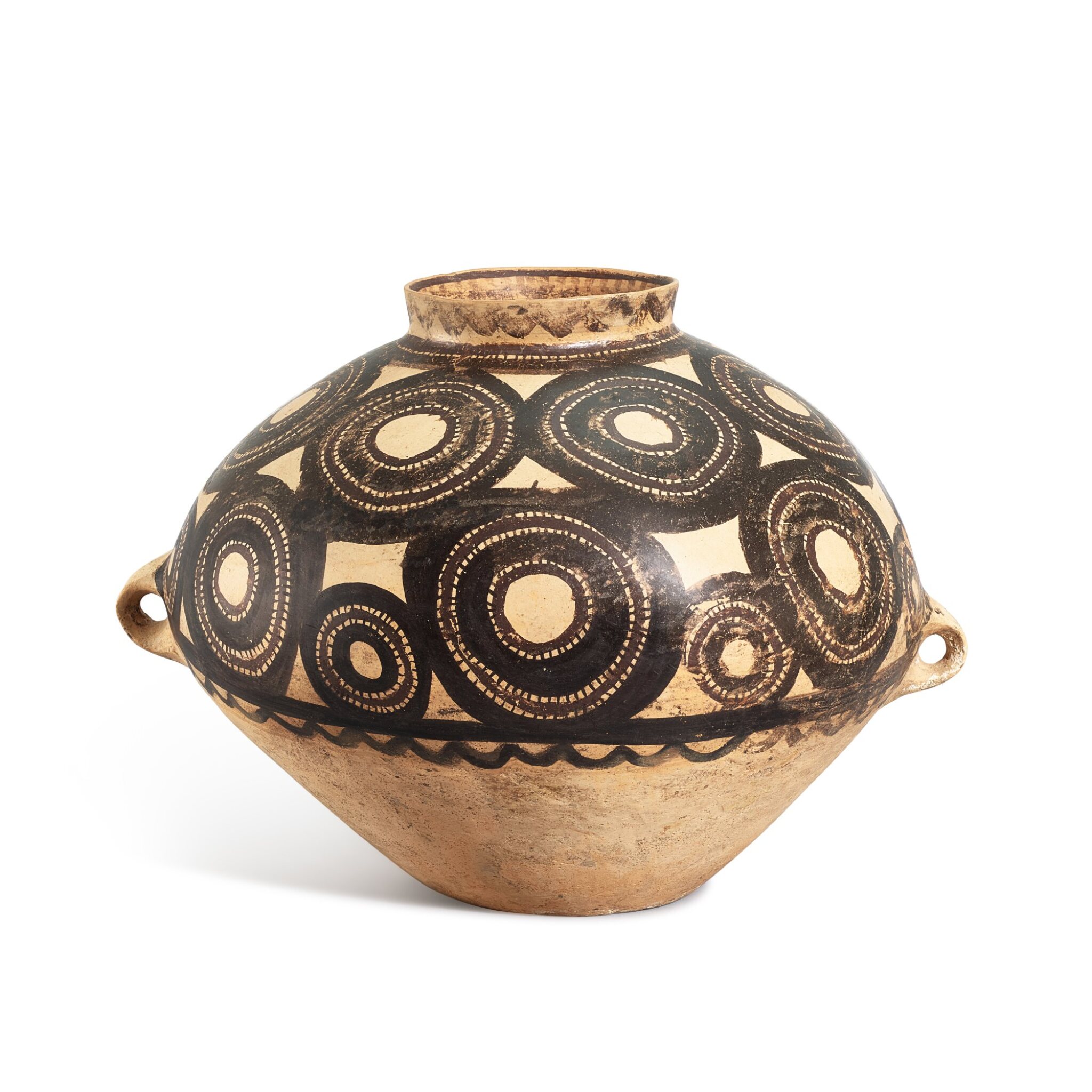 As expected and very typical of its type, the jar has some consolidated breaks predominantly to the rim. The original paint is largely preserved.

Gracious in its proportion and thoughtful in its composition, the present jar is not only an outstanding example of large painted pottery jars from the Banshan phase in Majiayao culture, but also an exquisite masterpiece combining geometry and abstractionism in the art of pottery.

It is widely believed that such jars were intended to be viewed from the top, which probably explained why they are usually undecorated from the midpoint of the vessel as they would remain invisible to the eye. The astute design of horizontal arrangements of bold dark roundels each accentuated by concentric dotted borders within them created a powerful contrast between the geometrical circles and their negative spaces. The bulbous curving contours of the vessel, as well as the interruption of the loop handles would have posed challenges to the Neolithic potters to maintain a symmetrical outcome to the composition. The uneven negative spaces between the second horizontal register of large roundels are cleverly disguised by the insertion of smaller roundels between them, as well as the bold line borders underneath. The resulting arrangement created an hypnotising design with remains timeless to the modern eye.