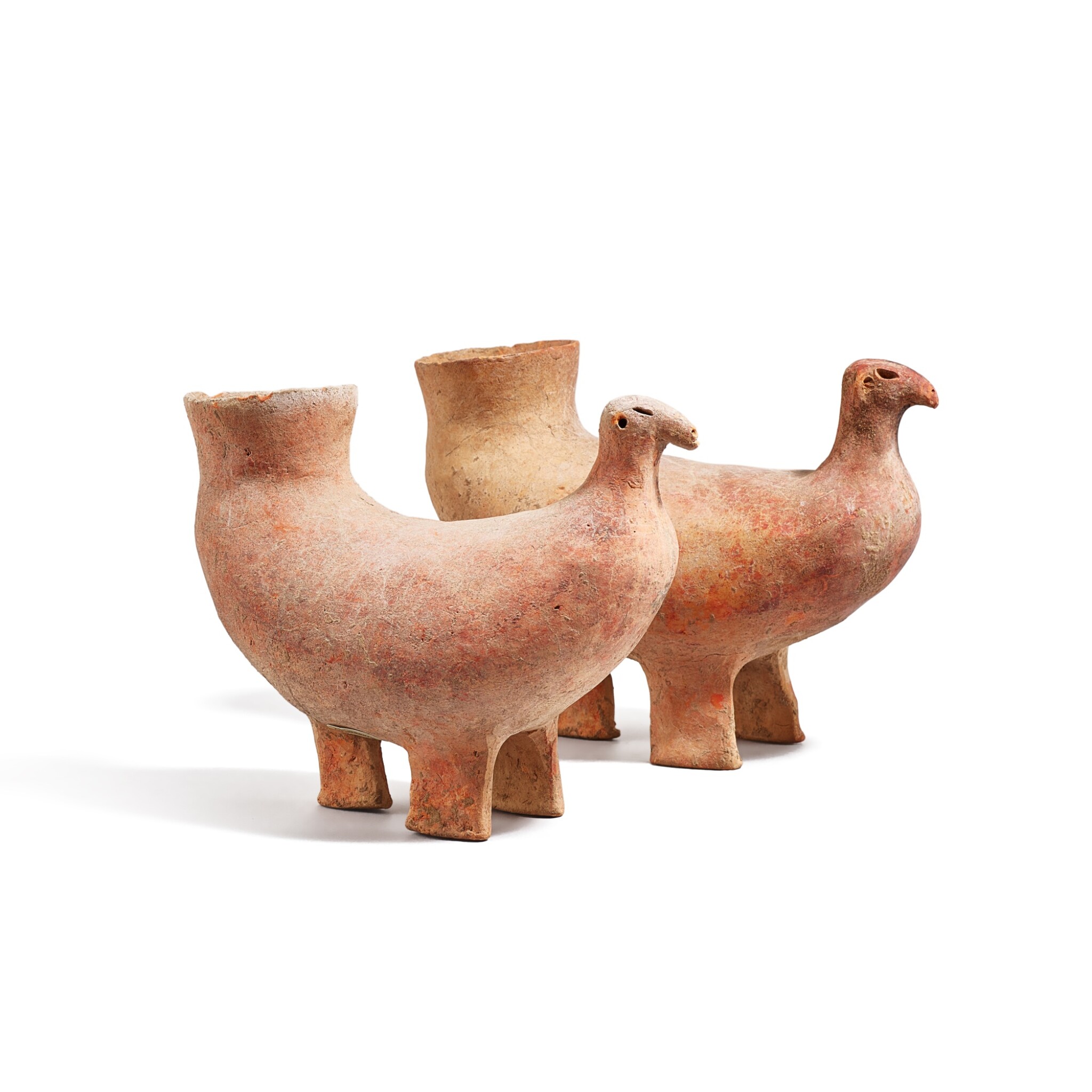 A pair of small abstract pottery ram and ewe,

Both are in good overall condition. The head and neck of the ram with protruding ears appear to have been lightly retouched at areas. Some minor chips/flakes (largest approx. 0.6cm) to the edges of both rams, and occasional minor age cracks, as expected of their type and age.

The pair of thinly potted vessels, which, at first glance, appear to depict a ram and a ewe, are in fact far from purely representational. Each modelled with an almost bird-like body supported on four sturdy legs, the vessels encapsulate not only the potter's ability to skilfully and seamlessly combine the body of one creature with the head of another but also the superb imagination of the Qijia culture.

See, for example, another pair of pottery animal-shaped vessels, illustrated in Regina Krahl, Chinese Ceramics from the Meiyintang Collection, London, vol. 3, 2006, pl. 10, where one vessel is depicted with the head of a bird and the other with a head detailed with ears and a long nose.

The practice of combining various elements of an animal with another began in ancient times and remained popular especially in Chinese mythology, and such mythical creatures were highly featured in the likes of ancient texts such as the The Classic of Mountains and Seas. For an example of a half-snake creature painted on a clay flask from the Yangshao culture, see Zehou Li and Lizeng Gong, The Path of Beauty: A Study of Chinese Aesthetics, Beijing, 1999, p. 21.