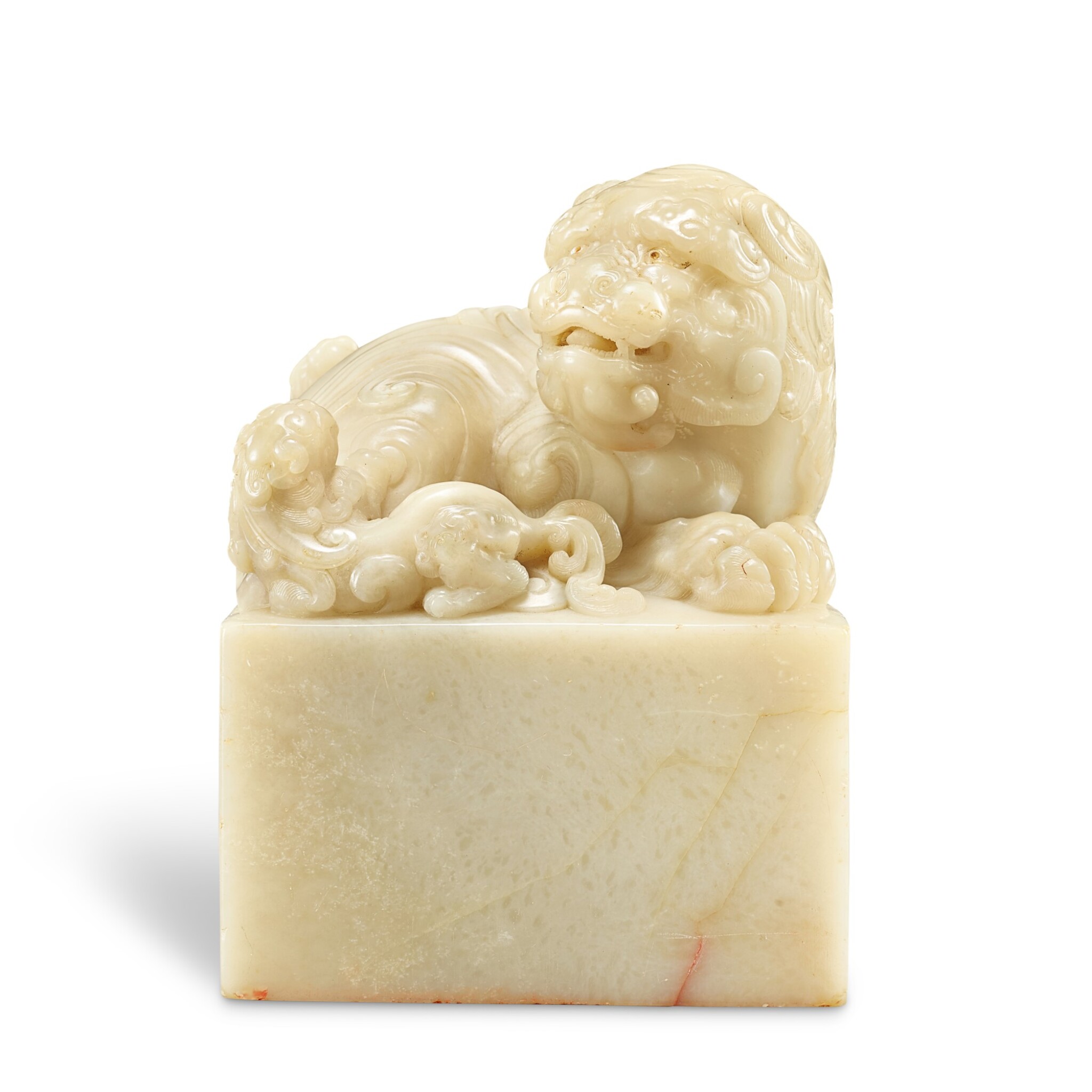 of square form, masterfully carved with utmost precision with three mythical beasts, the largest one boldly portrayed in the form of a crouching mythical feline powerfully crouching with its head turned towards the right, its eyes picked out and framed by eyebrows, jowls and a snout rendered in scrollwork, the muscular body flanked by a pair of wings and depicted with flaming wisps, further depicted with two smaller mythical beasts clambering on the rear haunches of the large beast, the seal face carved with a six-character inscription reading Qianlong yulan zhi bao ('Treasure admired by his Majesty the Qianlong Emperor')

This superbly patinated seal is in excellent condition for its age and type. There are some old minor nicks and insignificant bruises, as well as light scratches typical for its material and usage. The inlays to the eyes of the lion are missing but the ink-dotted irises of the cubs are well preserved.